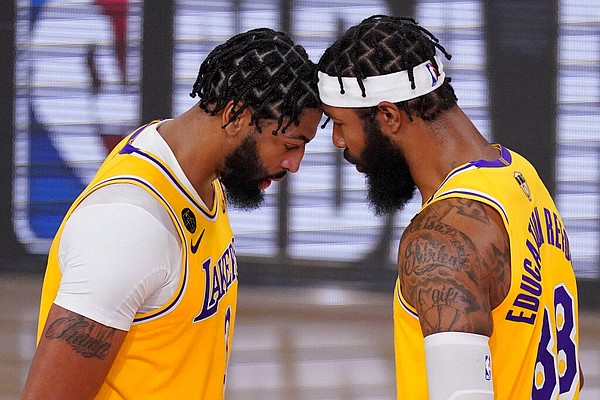 Tuesday night, during the Lakers’ 102-96 win over Miami in Game 4 of the Finals, Morris topped the 20-minute mark for the second time in the series and also was on the floor for much of the fourth quarter and in crunch time.

As a result, Morris is now one win away from becoming the 13th former Jayhawk to win an NBA title.

Morris played a playoff-best 30 minutes off the bench in the win, scoring nine points on 2-of-8 shooting (2-of-7 from 3-point range) while knocking in three critical free throws on a heady play that drew a foul on an attempted 3-pointer midway through the fourth quarter.

The Philadelphia native also added three rebounds and two assists in the victory.

Morris was on the floor a lot of the time with both LeBron James and Anthony Davis, and his ability to live on the perimeter and spread the floor allowed the Lakers to have an additional offensive option without crowding the middle and taking room away from James and Davis to do what they do.

As a result, Morris and his teammates are now just one win shy of bringing home a world championship — the first for Morris, the fourth for James and the fourth with James teaming with a former Kansas star.

What a year it’s been for the Morris twins. In addition to Marcus Morris having his jersey retired at Allen Fieldhouse and joining the Los Angeles Clippers’ push for a playoff run midway through the season, Markieff Morris now sits one win away from bringing a ring to the family.

Not bad for a couple of NBA vets who started the 2019-20 season with the New York Knicks and Detroit Pistons.