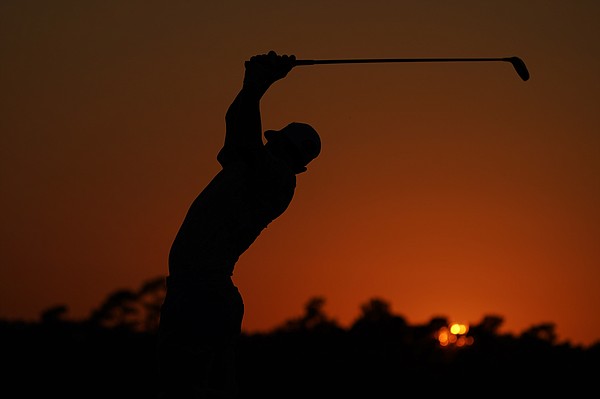 Gary Woodland tees off on the 10th hole during the second round of the Masters golf tournament Friday, Nov. 13, 2020, in Augusta, Ga. (AP Photo/Charlie Riedel) by Matt Tait

Despite carding birdies on three of the eight holes he played early Saturday morning to complete Round 2, which was suspended due to darkness on Friday evening, former University of Kansas golfer Gary Woodland missed the cut at the 2020 Masters.

After shooting an even-par 72 in Round 1, Woodland finished with a 73 in Round 2, putting him at 1-over for the tournament.

That left him one stroke off the cut line and sent him home for the rest of the weekend.

Woodland, who became the first Jayhawk to win a major in 2019 by winning the U.S. Open at Pebble Beach, missed the cut at two of golf's three majors that were played in 2020.

He finished tied for 58th at the PGA Championship in August and was cut at the U.S. Open in September after shooting 8-over par in Rounds 1 and 2.

For his career, Woodland has three top-35 finishes at the Masters, with his best showing coming in 2011, when he tied for 24th at the famed course in Augusta, Ga.