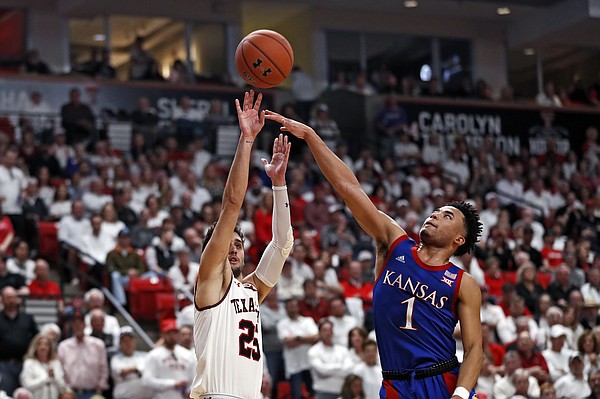 Texas Tech guard Davide Moretti is skipping his final season of college to turn pro with Olimpia Milano is his home country of Italy, and the Red Raiders already have found someone to take his spot on the roster.

The EuroLeague club announced the signing of Moretti on Tuesday, ending a three-year Texas Tech career that included a school record in free throw accuracy at 90.6% (213 of 235).

A fixture in the TTU lineup during the past few seasons, Moretti played a key role in helping the Red Raiders reach the NCAA title game during the 2018-19 season. He shot 46% from 3-point range and averaged 11.5 points per game that season.

During the 2019-20 season, as a leader and upperclassman for a typically tough and gritty Tech team, Moretti finished second on the team in scoring at 13 points per game while shooting 38% from 3-point range.

The athletic and exciting player who just finished up his freshman season at Georgetown is expected to try to obtain a waiver to be eligible to play immediately. If a waiver is not granted, McClung will sit out the 2020-21 season and be eligible to play again in 2021-22.

As for Moretti, he finished his college career with a 2-4 record against Kansas, shooting 18-of-42 from the floor in those six games for 67 points in 27 minutes per game.

Moretti is set to follow in the footsteps of his father, Paolo Moretti, who played professionally in Italy and Greece is now a pro coach in Italy.

The EuroLeague announced Monday it has canceled the remainder of this season because of the pandemic, pushing Moretti's debut to the 2020-21 season, which is scheduled to begin on Oct. 1.

Moretti was a killer shot, & a big part of Tech's game. Only thing I can't figure out is why he didn't average like 18-20 points. Seemed like he never missed.