KU freshman Latrell Jossell to wear No. 4 with the Jayhawks 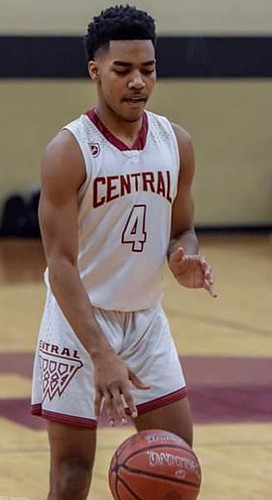 Incoming KU freshman Latrell Jossell, wearing No. 4 during his playing days at Keller Central outside of Fort Worth, Texas. by Matt Tait

No one knows yet exactly what role or how much playing time incoming freshman Latrell Jossell will get for the Jayhawks during the 2020-21 season.

But you can’t say the young man is not going for it.

Over the weekend, Jossell became the final member of KU’s 2020 recruiting class to reveal his jersey number. And the 6-foot point guard from Central High in Keller, Texas, near Fort Worth, picked a Kansas classic.

Next season, Jossell will become the latest Jayhawk to wear No. 4, joining KU legends Nick Collison, Sherron Collins and Devonte’ Graham in wearing the number.

“I chose that number because I’ve had it since I was in seventh grade and it has always been my favorite number,” Jossell said in a news release announcing his choice.

Jossell joins Bryce Thompson (No. 24), Tyon Grant-Foster (No. 1) and Gethro Muscadin (No. 35) in announcing his number choice for their debut seasons at Kansas.

Injured five games into his senior season, Jossell averaged 18.9 points, 3.1 rebounds and 2.5 assists per game as a junior at Central. He also averaged 13.2 points per game as a freshman and 13.8 points his sophomore year.

Through it all, Jossell developed a reputation as a lights-out shooter. He made 204 3-pointers during his high school career, including 54 during his junior season and a four-year average of 36.6%.

The group mentioned above is far from the only former Kansas players to wear No. 4 during their time in Lawrence. But you’d be hard-pressed to find three better players associated with a single KU jersey number than that trio.

Isaiah Moss, Ryan Robertson and Justin Wesley all wore the number during the past couple of decades. And back in the 1940s and 1950s, Larry Davenport and Max Kissell wore No. 4, as well.

But the trifecta of Collison, Collins and Graham — all All-Americans and all either in the Allen Fieldhouse rafters or headed there — certainly are the first three names that come to mind when people think No. 4 at Kansas.

Here’s a quick look at a couple of other KU power numbers and the players who wore them:

Here’s what’s crazy about No. 0: Those are the only four players to ever wear the number at KU.

No national awards or national titles there, but a strong group of players who all helped lead KU to at least one Final Four.

Two of the best point guards to ever do it at KU and one of the one-and-done Jayhawks who delivered.

Chamberlain alone would’ve carried No. 13, but adding Wesley and Boschee to the mix does nothing to hurt the number’s luster.

A handful of some of the best guards to ever play at Kansas, including Chalmers, who hit the biggest shot in school history.

Three winners who were team-first all the way and three national champions.

Three slightly different players who all found a way to do the same thing — fill up the stat sheet and lead their teams.

Aldrich and LaFrentz were both lottery picks and big time players and the Kivisto brothers are the only other Jayhawks who wore the number.

From the photo, Jossell looks like Dotson. From the write-up, it appears he can shoot it from distance better than Devon. Hoping that's true.

10: Scooter Barry knocking down free throws to salt away the 1988 National Championship

Separate category. Like Ostertag. We're talking the single 0 with that first group.

Darrell Arthur, Norm Cook and Ostertag would be the trio for 00. Pretty solid. But not quite as powerful as those lists above in terms of national honors, NBA draft standing and KU's all-time lists.

Blake - I was thinking more of Frank Mason. Undersized. Came in as more of a scorer. Lots of quickness (from different article?). Not highly ranked. Hopefully he stays around, listens to Coach and develops.