Wild Wednesday in college athletics a sign of things to come? 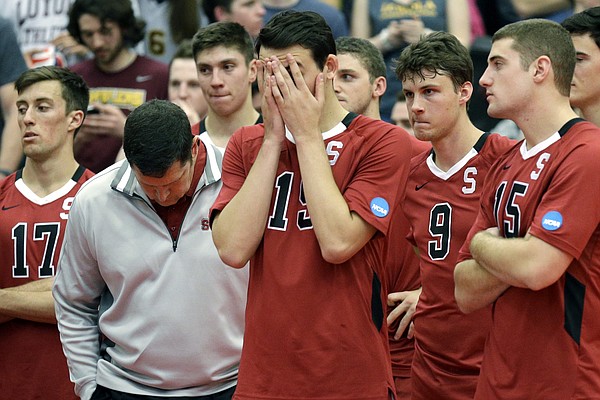 Even if no games were played, Wednesday was one of the biggest, most eventful days in college sports I can remember.

First, Stanford announced it was cutting 11 of its 36 varsity sports, a scary move for the rest of college athletics that could be the beginning of a nationwide trend.

“If it can happen at Stanford, it can happen anyplace,” Big 12 Conference Commissioner Bob Bowlsby said Wednesday in an interview with The Associated Press. “They’re the broadest, most successful program in the history of college athletics, and so to see them drop a third of their program is a shocking thing.”

And later in the day, the Ivy League announced it was canceling all of its fall sports seasons and not starting any winter sports before Jan. 1.

Not only does that move affect plenty of student-athletes, but it also may impact several Power Five programs that have Ivy League teams on their schedules for the 2020-21 seasons. KU is one such team — the men’s basketball program was originally slated to welcome Harvard to Allen Fieldhouse on Dec. 29. It’s not yet clear what will become of that game.

Beyond that, though, the Ivy League’s move could have a domino effect in the broader world of college sports.

First, it could be the inspiration for other conferences across the country to cancel their fall sports seasons and postpone the start of winter sports.

On Thursday, the ACC announced that it would not begin any of its fall sports competitions before Sept. 1, although reports indicated that the decision would not impact football. Later in the day, word came out of the Big Ten that conference-only competition is the most likely scheduling solution for the fall of 2020, putting a bunch of nonconference games in jeopardy.

Second, if the Ivy League programs are not able to play, other programs could soon be lining up to fill the open dates that suddenly appear on some prominent Division I basketball schedules.

A few people are already advertising.

“If you lost a game vs an Ivy League school today and need to talk about it, the Iona Gaels are here for you,” wrote Casey Stanley, an assistant men’s basketball coach at Iona, in a tweet Wednesday night. “My DMs are open!!”

Of course, the scheduling issues are more likely to be handled by administrators than by assistant coaches, but you have to give him props for being proactive. After all, what mid-major program wouldn’t want to take Harvard’s place at Allen Fieldhouse in late December?

Finally, in response to the Ivy League news, oddsmakers started to get in the game. The folks at SportsBetting.ag and BetOnline.ag put some interesting lines on the board at their website. Included among them are:

It’s clear that the answers to all of these questions are still being sorted out and worked through. And they may not be known for weeks.

But it’s also clear that Wednesday’s movement throughout college athletics registered as a “Beware of Dog” sign on the backyard gate.

We can hear the growling and are now wondering if the family pet bites.