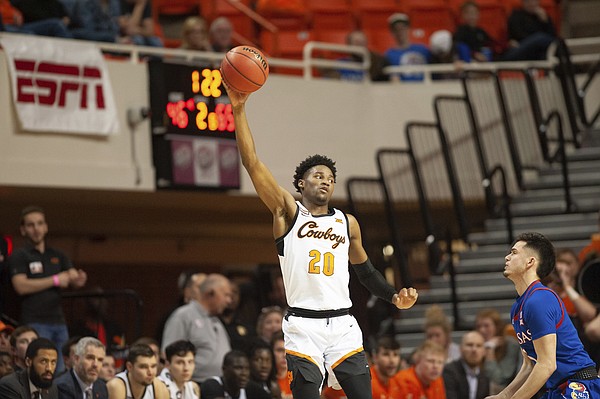 The news of Elliott's decision to transfer comes one month after Kansas coach Bill Self told the Journal-World Elliott had entered his name into the transfer portal and was made official through a news release from KU on Monday.

"We want to thank Elijah for all of his contributions to our program in his two years here,” Self said in Monday's release. “He has been a great teammate and is a hard worker who wants the opportunity to contribute more on the court. We wish Elijah and his family nothing but the best.”

Elliott has not yet announced where he will transfer, but it's clear that he will be taking several fond memories with him.

“The past two years at Kansas have been a dream come true for me," Elliott said in the release. "I want to thank my family, the coaches, my teammates, the entire support staff and most importantly the Jayhawk Nation. I will always be grateful for how everyone treated me like their own. KU will always hold a special place in my heart. Rock Chalk.”

Elliott joined the Jayhawks as an invited walk-on prior to the 2018-19 season after a strong prep career at Carroll Senior High in Southlake, Texas.

He suffered an injury midway through his first season and redshirted before returning to action last season.

Elliott appeared in nine games during the Jayhawks’ 28-3 season in 2019-20, making three of four field goal attempts in 22 total minutes.

After being away from KU's campus since mid-March, the Jayhawks are slated to return on Sunday in anticipation of the start of team workouts on Aug. 3.

It is great that Elijah had the willingness and support to contribute to the program and university as well as the opportunity. I’m not sure if it’s common for other programs to regularly have 3 walkons on their roster, but appreciate Coach Self doing it.