Gary Woodland firmly in contention after two rounds at the Memorial 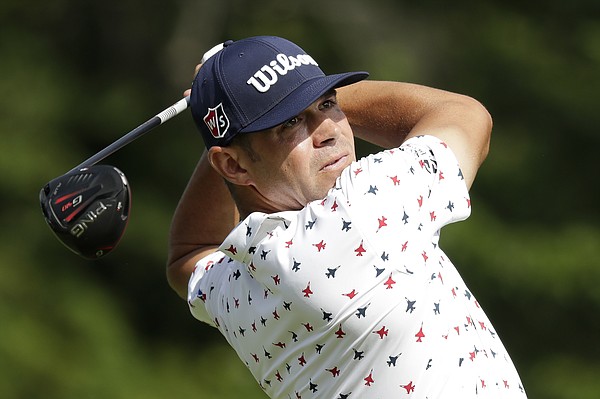 One week after fighting to make the cut on the same golf course, former KU golfer Gary Woodland has put himself firmly in contention this time out.

Woodland followed a strong Thursday at Muirfield Village Golf Course with a 2-under par 70 on Friday to move to 6-under and in fourth place at the Memorial in Dublin, Ohio, at the time his round ended late Friday morning.

After recording his only bogey of the day on No. 18 on Thursday, Woodland opened Round 2 with a bogey on his first hole on Friday. But he did not let that derail his round, responding with four birdies in his next five holes to move back to the top of the leaderboard.

After making the turn from the back nine to the front, Woodland bogeyed the first two holes of his second nine on Friday but got both strokes back three holes later with birides at No. 4 and No. 5 and was again on top of the leaderboard at 7-under.

Woodland bogeyed his final hole on Friday to fall to 6-under for the tournament. The former Jayhawk was two shots back of three players in a tie for first at the completion of his round.

Despite playing the same course for the second week in a row, Woodland said the weather conditions and the way the course was set up for the star-studded Memorial field made this week seem completely different from last week.

“Obviously we’re at the same venue,” Woodland said Thursday in a post-round interview with PGATour.com. “It’s a different golf course, though. … more typical of a major championship.”

After barely advancing to the weekend seven days ago, the reigning U.S. Open champion finished tied for fifth last week and is in position to challenge for another Top 5 finish this weekend.