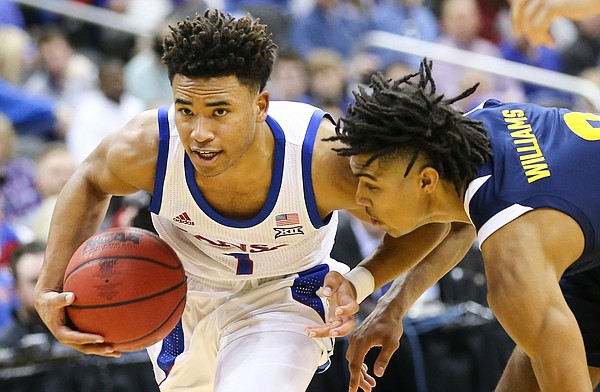 A source close to the Kansas basketball program told the Journal-World on Tuesday afternoon that KU point guard Devon Dotson will not play in tonight's 8 p.m. game at Oklahoma.

Kansas coach Bill Self said Monday that he thought Dotson would be fine for the game and that the hip pointer Dotson suffered in last Saturday's loss to Baylor at Allen Fieldhouse would not keep him out of KU's next game.

At that time, KU had not yet practiced following Saturday's loss, and had only run through film and a walk-through in preparation for the matchup with OU.

Senior guard Isaiah Moss is expected to slide into the starting lineup in Dotson's place, with junior Marcus Garrett and freshman Christian Braun likely handling the bulk of the point guard responsibilities against the Sooners.

KU and OU tip off at 8 p.m. from Lloyd Noble Center on ESPN.