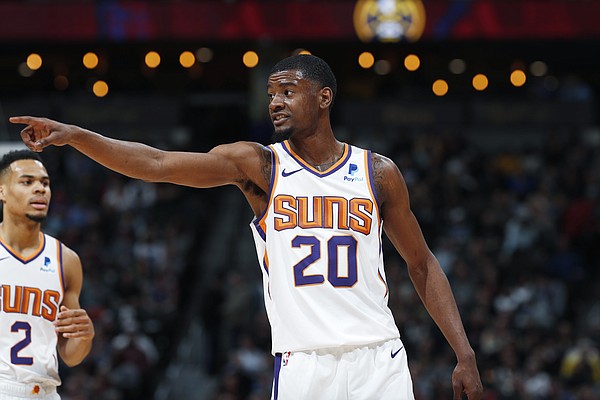 A couple of former Jayhawks were on the move Wednesday afternoon, with one-time lottery picks Josh Jackson and Markieff Morris switching teams.

Jackson, the No. 4 overall pick in the 2017 NBA Draft, was traded by Phoenix to Memphis, making the 6-foot-8 wing the latest Jayhawk to join the Grizzlies’ roster.

According to a report from The Athletic, Morris, who, along with his twin brother Marcus, was selected in the lottery of the 2011 NBA Draft — with back-to-back picks, no less — agreed to a contract with the Detroit Pistons, where he will join fellow former Jayhawk Svi Mykhailiuk on the new-look Pistons roster.

The Pistons become the fourth team for Morris, who is entering his ninth season in the league and owns career averages of 11.6 points and 5.5 rebounds per game in 579 contests.

Until last season, Morris had averaged in double figures for eight consecutive seasons, showing improved range from 3-point land in each of the past three seasons.

Like Morris, who was drafted by Phoenix, Jackson will be looking to kickstart his career — and for a fresh start — outside of Arizona.

According to a report from ESPN NBA Insider Adrian Wojnarowski, Jackson, along with DeAnthony Melton and a pair of second-round picks in 2020 and 2021, was traded to Memphis for Kyle Korver and Jevon Carter.

Jackson’s time with Phoenix also included a couple of off-the-court incidents and the Suns are now moving on while Jackson prepares to team with 2019 No. 2 overall pick Ja Morant and former Michigan State standout Jaren Jackson Jr. in Memphis.

Josh Jackson needs to grow up. The Suns didn't trade him just because he's been a disappointment on the basketball court, but because of his behavior off the floor. He can't do things like missed scheduled appearances (which he did) or run away from the police (which he did).

If he doesn't grow up, he could find that no team will want him. Because he hasn't shown he's a good enough player for teams to put up with that kind of stuff.

Meanwhile, as I expected, the Sacramento Kings have refused to pick up the 3rd year option on Frank Mason III, making him a free agent. Hopefully he can latch on with another NBA team, but I wouldn't be surprised to see him sign with a team overseas instead.