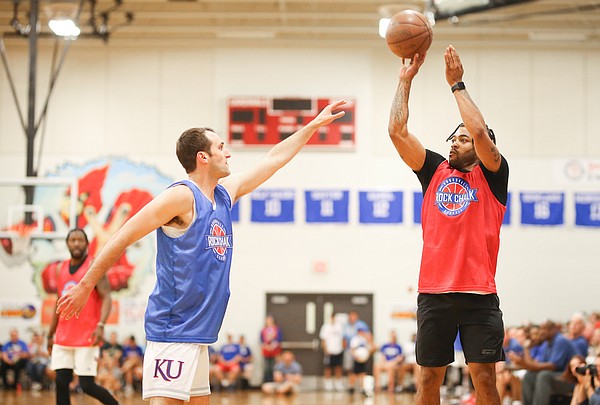 A little more than two weeks after being waived by Sacramento, the team that drafted him with the No. 34 overall pick in the 2017 NBA Draft, Mason agreed to a two-way contract with the Milwaukee Bucks, according to a weekend report from Shams Charania, NBA writer for The Athletic.

Mason later confirmed the news on Twitter, saying, “Proud to be a part of a championship caliber organization. Ready to get to work #Bucks #FearTheDeer”

The deal pairs Mason with reigning league MVP Giannis Antetokounmpo and, according to those who cover the Bucks, could wind up being a great opportunity for Mason to further establish his NBA career.

As luck would have it, Mason will find at least one familiar face when he arrives in Milwaukee.

“Mason proves to be a nice pickup for the Bucks, especially since they’re only carrying two point guards on their roster at this point between Eric Bledsoe and Mason’s former Kings teammate, George Hill,” wrote BehindTheBuckPass.com.

It’s worth remembering that the deal is officially a two-way contract, which means Mason will spend the bulk of his time this season with the Bucks’ G League affiliate the Wisconsin Herd.

According to the G League website, players on two-way contracts spend most of their season in the G League and their time on NBA rosters is capped at 45 days. The trend, which has been prominent in the National Hockey League for years, was new to the NBA for the 2017-18 season.

It also comes with salary incentives. During the 2017-18 season, players earned $75,000 per season for their time in the G League but could earn up to $204,000 more if they reached the maximum number of 45 days on an NBA roster.

During his first two NBA seasons with Sacramento, Mason averaged 6.8 points, 2.6 assists and 1.9 rebounds in 15.8 minutes per game over 90 career appearances.

Proud to be apart of a championship caliber organization. Ready to get to work @Bucks #FearTheDear 🦌 💚🖤

Seems like a good fit. And hopefully if he can prove himself in the G league, his contract status can change at some point.

The most important thing if one plans on making a career in the NBA is signing their second contract. Here is hoping Frank impresses enough that some team gives him his second NBA contract. The G-league at $75,000 plus does not make a career (and a nest egg) given athletes have a limited lifespan of being able to play competitively.

Plus...days in training camp do not count against he 45 days on the roster. A 2-way player may earn up to an additional $50,000 in training camp. In short......Mason's deal could be worth somewhere around a half-million dollars this year if he goes to training camp and spends the maximum amount of days on the NBA roster.

I'd link all the sources, but it takes three or four links to get all this info together. Easier just to google and not clutter the message board.

thanks Doug for the info....not a bad deal if you can have your 45 days in the league.

Good, I hope he pulls in some significant coin and saves it up. He's the kind of guy, however, that I think will also do well post-professional career.

I think this is a great opportunity for Frank. I can see him dishing a lot to Giannis!