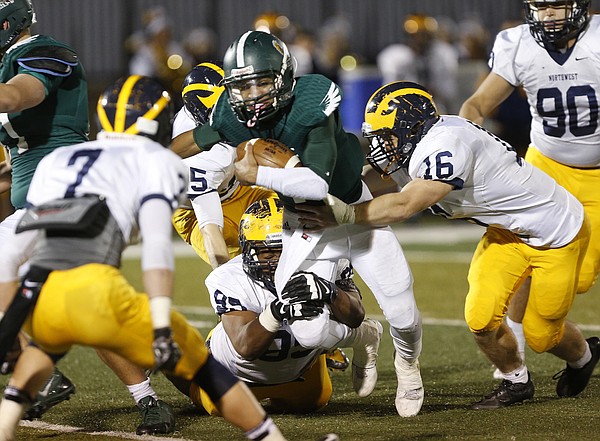 The reality of the Kansas University football program's current recruiting class is this: Because the numbers are down and the program is rebuilding, there are not a ton of athletes in the 2016 class who, up front, look like players to get fired up about.

That changed a little bit Thursday night, when news broke that Free State High standout Bryce Torneden had switched his commitment from North Dakota State to KU after receiving a full scholarship offer from David Beaty and the Jayhawks.

But not because Torneden is a five-star steal that the Jayhawks pulled out of nowhere. More because he's a hometown guy with pretty good upside who Beaty and company needed to get.

I don't care where you are, any time a hometown kid chooses to stay in his own backyard for school, it adds a little excitement to the program. Because Lawrence is smaller than say, Madison, Wisconsin, or Los Angeles, California, the splash that Torneden staying home made was a little bit bigger.

But at least for my money, that had more to do with this commitment representing Beaty making good on his word to look hard at local prospects than anything Torneden might or might not do on the field during the next four or five years. 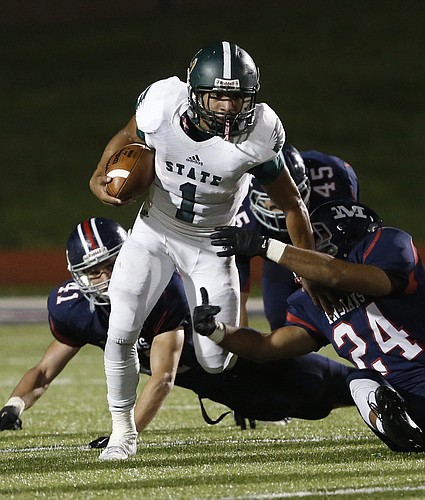 Torneden is not a legendary knight riding in on a white stallion ready to save the day. He's a terrific athlete, a little undersized and far from a sure thing, but also the kind of player you easily could see contributing someday if he continues to work his butt off and takes advantage of the opportunity to work with Je'Ney Jackson and the KU strength staff. Which he will.

If that means he becomes the type of player that others kick themselves for missing on and winds up starting at safety for three seasons or merely becomes a guy who KU uses for depth at a couple of different spots, one thing will always remain true — this was not a charity scholarship. Torneden earned it. And he got the offer because, on paper, on film and in terms of being a guy that the coaching staff already had built a relationship with, Torneden was every bit as good of an option as any of the players remaining on KU's board.

Trust me. KU's got a handful of talented athletes coming in for a visit this weekend and most, if not all, of them would love the opportunity to compete and play football in the Big 12. There's no doubt that Beaty easily would have found someone to give Torneden's scholarship to if the 5-foot-10, 185-pound athlete had decided he couldn't say no to North Dakota State.

So don't look at this situation as a deal where KU just had an extra scholarship laying around and decided to give it to the local kid to buy some good will. That couldn't be further from the truth and is downright disrespectful to Torneden.

The kid can play. And he's going to get a chance to prove it at Kansas. 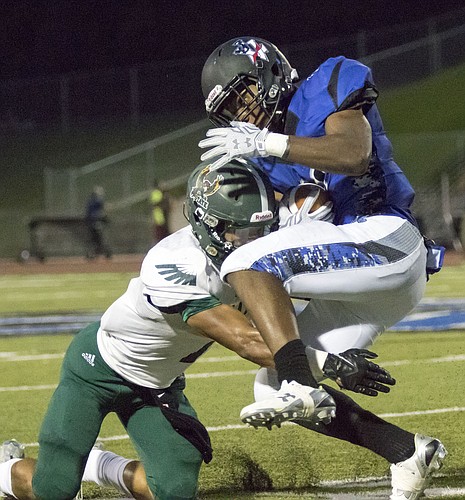 The only thing left to see now is what Torneden does with it.

For those of us in or from Lawrence, who enjoy seeing local kids do well — anywhere, but especially at KU — that's why Thursday night's news added a little juice to this class.

With Torneden on board — and wide receiver Braylon Royal no longer a part of this class — KU has two scholarships remaining to pass out before next Wednesday's national signing day.

Who knows who they'll end up going to, but, for the reasons listed above, it's hard to imagine them being any more exciting than Kansas landing Torneden.

Agreed, Matt. I lobbied in a couple of places for a scholarship for Torneden after watching him play. Some guys can just play. Have Bryce start watching film of Troy Polamalu - because that's a little bit of who he reminded me of.

I could see Bryce returning punts, and maybe even running the wildcat for us. He's got "contributor" written all over him.

Great article Matt. Why DO you think it took KU so long to finally offer a full ride? It's not as if Torneden was an unknown commodity. It's great to see a hometown kid stay in Lawrence, but, the pessimist in me really wonders why it took such a long time to finally offer the kid what he seemingly deserved. Does that not, at least a tiny bit, seem like Beaty may have been holding out to see if he could get something better, and nothing better came along?

There are countless other kids in KS that would jump at the opportunity to be Jayhawks if Beaty would just offer. I agree with Phil, it seems like maybe the coach was starting to feel some pressure from not having a single kid in this class from KS. I'd love to see two more with these last two scholarships. If you're just gonna take a flyer on a kid based off potential, it may as well be on someone that is sitting in your own backyard.

I think McCabe has a man crush on Torneden.

Matt, please let us know what happened to Braylon Royal. Did he accept another offer? Grey shirt? Thank you.

Not sure what happened to Royal. ESPN and Rivals both still have him committed to KU. Google isn't showing much either.

Thanks for the info Matt. Great job buddy.

Will Torenden end up being another Doug Terry? that would be a huge boost for us.