Kemper Arena soon will have a new name 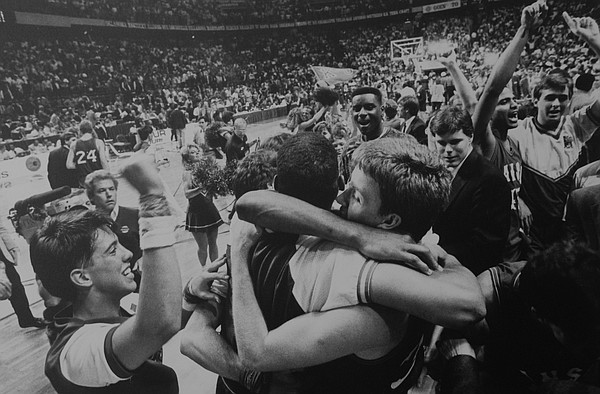 Fan 1: I still can’t believe that magical run the Jayhawks made in 1988 at Mosaic Arena.

Fan 2: Mosaic? What are you talking about?

Fan 1: You know, the venue right down the road where Danny and the Miracles capped off their run to the national title, KU’s first since 1952.

Fan 2: Yeah. I know the story. But what’s this Mosaic you’re talking about? That Final Four took place at Kemper Arena.

There’s no need to get frustrated or lose friends over this. It’s as simple as Kemper Arena, site of the 1988 Final Four and so many memorable Big Eight tournaments, finally receiving a name change after all these years.

According to a Tuesday news release, Kemper Arena will be renamed Mosaic Arena under an agreement announced by Foutch Brothers, the development company that plans to turn the arena in the West Bottoms into a regional amateur sports venue. The deal, with Mosaic Life Care, makes Mosaic the naming rights sponsor for the arena.

Mosaic Life Care is a health care company based in St. Joseph, Mo., that is expanding its services into the Kansas City metro area. CEO Mark Laney said in a release that he believed taking over the naming rights for Kemper Arena would help the company expand its brand. But for fans of KU basketball the move likely will be remembered as little more than the reason that one of the most important venues not named Allen Fieldhouse in Kansas basketball history now goes by a new name.

The guess here is that most KU fans will continue to refer to the arena as Kemper, but there does exist the potential for confusion like the mock conversation that played out above to one day occur between different generations of KU hoops fans.

I will always refer to the one in Columbia as Paige Arena.

I will always refer to wherever KState plays as Allen Fieldhouse West!

In 1988 it was Kemper Arena. So events at that arena in 1988 are correctly referred to as taking place at Kemper Arena. Anything else is incorrect.