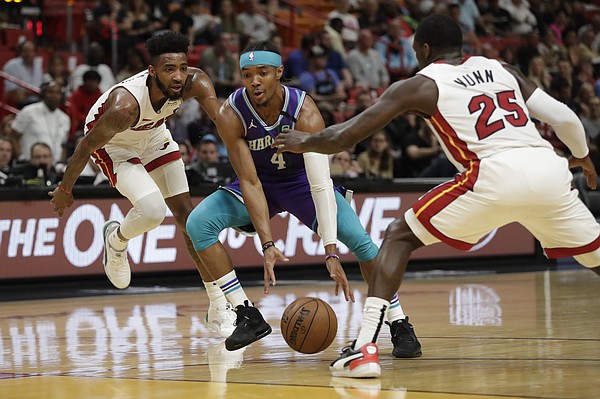 The 2019-20 NBA season remains on a prolonged pause as a result of the COVID-19 pandemic, and its return seems more in doubt than a certainty.

Regardless of whether he gets to play another game this season, former Kansas star Devonte’ Graham should find himself in contention for one of the NBA’s featured individual honors.

After bouncing back and forth between Charlotte and Greensboro, N.C., as a rookie, when he played 13 games in the G-League and 46 for the Hornets, Graham went from end of the bench contributor to Charlotte’s leading scorer and best player in his second season.

As ESPN’s Zach Lowe put it on a recent episode of his “Lowe Post” podcast, Graham is one of the ultimate “nothing to something” candidates for the Most Improved Player award. After averaging 4.7 points and 2.6 assists and shooting 28.1% on 3-pointers in his debut season, Graham was putting up 18.2 points and 7.5 assists and shooting 37.3% from deep when the NBA schedule was put on hold in March.

Two men who scrutinize NBA game footage for a living, Lowe and TureHoop’s David Thorpe, analyzed Graham’s breakout season while going through their lists of candidates for the M.I.P. award.

“His playmaking was way more advanced than I thought it was and I think than the Hornets thought it was,” noted Lowe of Graham, who was leading the Hornets with a 24.8% usage rate through the team’s 65 games played, with an assist percentage of 35.3%, compared to a 14.5% turnover rate.

Graham actually began the season as a potential 6th Man of the Year candidate, coming off the bench and producing big numbers for the Hornets in his first 10 games. But his impact was too big, especially on a roster so lacking in talent (Charlotte is 23-42 as of this moment in the suspended season) to keep him as a reserve. So head coach James Borrego moved Graham to the starting lineup to stay back in November.

There were enough questions about Graham’s game and how it would translate to the NBA when he graduated from KU that the 6-foot-1 point guard wasn’t selected until the 34th pick of the 2018 draft. Though he came into the league in a deep and talent-rich class, Graham now easily looks like one of the top 10 players from the 2018 draft.

“Another guy who we weren’t sure how good he would end up being,” Thorpe said. “This guy’s gonna be really good for a long time.”

Although Graham’s scoring and shooting dipped in February (15.2 points, 29.8% on 3-pointers), he seemed back on track through five games in March (24.2 points, 44% on 3-pointers). And Lowe pointed out the role change for Graham in his second NBA season came with challenges.

“These guys that have never played big NBA minutes before, there’s just a wall you hit sometimes,” Lowe said. “You’re all the sudden, from not playing, playing 35 minutes as the No. 1 option on an NBA team. So I can forgive Devonte’ Graham in his first year of that for kind of hitting the wall a little bit.”

Because Graham became Charlotte’s best scoring option, Thorpe added, opponents also began game planning to force him into situations where he was less likely to score or get fouled.

“He’s gonna win once in a while, but not as much,” Thorpe said. “And over the course of the season that book gets written tighter and tighter and it gets harder and harder.”

Strong as Graham’s case is for the M.I.P. honor, it won’t be an easy piece of hardware to bring home this year. Some of the other top candidates for the award include New Orleans’ Brandon Ingram, Atlanta’s Trae Young, Orlando’s Markelle Fultz, Toronto’s Pascal Siakam, Boston’s Jayson Tatum and likely frontrunner Luka Doncic, who went from Rookie of the Year in his debut season with Dallas to bonafide superstar. Doncic, Ingram, Young, Siakam and Tatum were All-Stars this season. 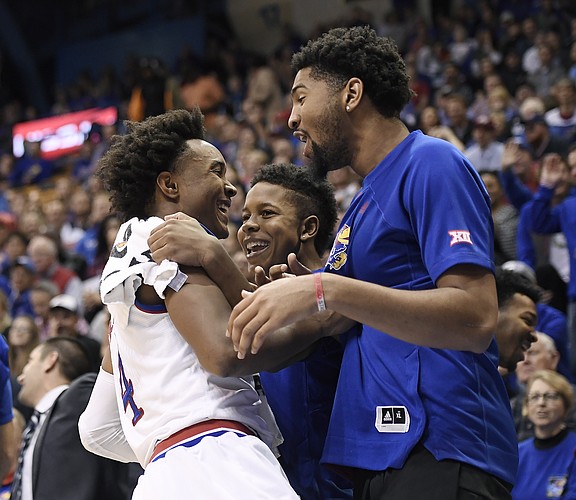