Kansas basketball coach Bill Self and his assistants remain in the hunt for a high school player who can help the Jayhawks in the upcoming 2016-17 season. In the meantime, it seems increasingly likely they will also add a transfer with college experience.

Reports surfaced in early April of KU’s interest in Kory Holden, formerly of Delaware. News on the transfer front heated up Monday, though, with the names of San Francisco’s Devin Watson and Duke’s Derryck Thornton being linked with Kansas, as well.

All three play point guard, and if any were to join KU it would mean sitting out a season. It seems as though Self wants to bring in an experienced ball handler to share the backcourt with Devonté Graham in 2017-18, after Frank Mason III completes his senior season with the Jayhawks.

Here’s a look at what each potential transfer could bring to KU. 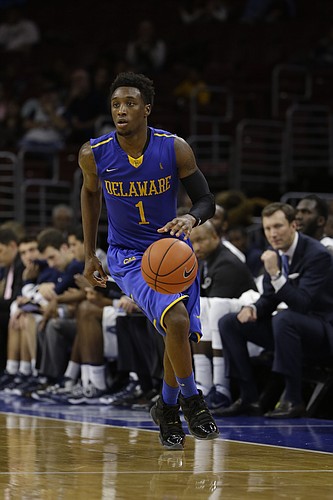 In two seasons at Delaware, Kory Holden didn’t experience much team success. The Fightin’ Blue Hens went 10-20 in his freshman year, and finished 7-23 in 2015-16.

However, Holden, rated a three-star point guard out of high school, proved to be one of the program’s few bright spots. While Holden distributed the ball well, dishing 4.6 assists a game in 59 appearances (55 starts), he also increased his scoring average from 12.4 points in Year One to 17.7 points as a sophomore.

Holden shot 38.8% from 3-point range in his final year at Delaware, connecting on 69 long-range bombs.

Against some of the stiffest competition the Hens faced this past season, Holden more than held his own. The lead guard scored 35 points and shot 6-for-13 from deep in a loss at Boston College. In his very next game, Holden put up 23 points, going 6-for-10 from 3-point distance, in a road loss to eventual national champion Villanova. 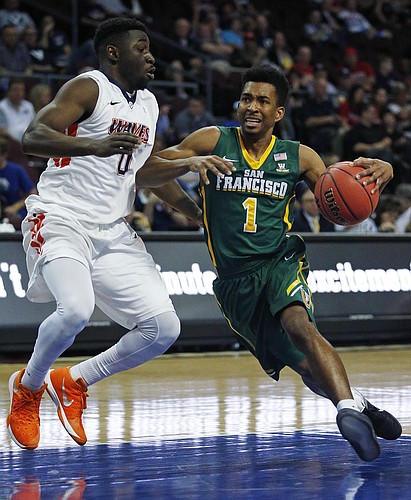 A significant jump in minutes also meant a massive leap in production for second-year San Francisco guard Devin Watson, who will be moving on from the Dons.

Watson, playing for former Kansas guard and since-fired coach Rex Walters at USF, became a workhorse for the West Coast Conference program as a sophomore. Playing 34.7 minutes a game, the small guard passed out 4.9 assists a game while also scoring 20.3 an outing.

Watson tied his career high with 33 points in what turned out to be his USF finale, a WCC Tournament loss to Pepperdine, a game in which he went 4-for-7 from 3-point land.

His other 33-point outing came in January, when Watson also distributed 7 assists and shot 5-for-12 from downtown in a loss to Gonzaga. 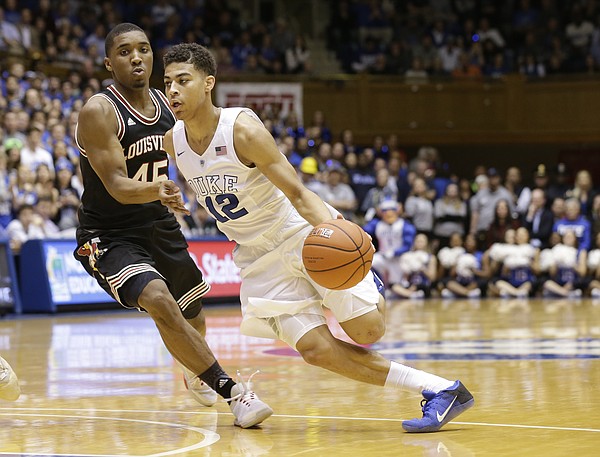 After playing 36 games for Duke as a freshman, Derryck Thornton might be on the move from one college basketball blue blood program to another.

None by Jeff Borzello

Thornton’s numbers — 7.1 points, 2.5 assists, 27 of 82 on 3-pointers in 26.0 minutes (20 starts) — might not be as eye-popping as those of Watson and Holden, but Delaware and San Francisco certainly don’t have the type of talented teammates Thornton had at Duke.

What’s more, Thornton was much more highly regarded coming out of high school, with a five-star rating and offers from the likes of Duke, Arizona and UCLA.

His most productive games, however, came against inferior competition. Thornton only turned out one double-digit scoring performance in the final three months of the season — 15 points, 4 rebounds, 3 assists at Georgia Tech.

During Thornton’s brief stay in Durham, N.C., his best showings came in the non-conference, with a career-high 19 points against VCU, and 18 points against Long Beach State on 8-for-12 shooting (2-for-3 from 3-point range).