Getting to know No. 11 West Virginia, which thrives on thievery, second chances 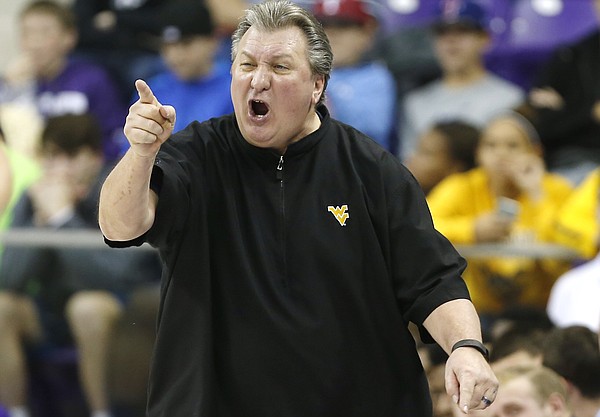 West Virginia head coach Bob Huggins shouts instructions to his players during the first half of an NCAA college basketball game against TCU Monday, Jan. 4, 2016, in Fort Worth, Texas. (AP Photo/Brandon Wade)

Sure, No. 1-ranked Kansas has faced a couple of the nation’s top teams this season. But Bill Self’s Jayhawks have yet to experience a road game against a top-10 caliber opponent.

So even though KU defeated No. 2 Oklahoma in triple overtime last week and lost on a neutral floor to No. 4 Michigan State in November, Tuesday night’s game at No. 11 West Virginia (14-1 overall, 3-0 Big 12) will present an entirely new kind of trial.

Not only do coach Bob Huggins’ Mountaineers have the benefit of playing with the support of their frenzied fan base, but WVU plays the kind of defense few teams in the nation are capable of duplicating.

Ranked No. 10 by kenpom.com, the Mountaineers boast the nation’s No. 7 adjusted defensive efficiency, according to college basketball’s math wizard.

So, how does West Virginia do it? Well…

- WVU is forcing its opponents to turn it over on 27.5 percent of their possessions, and averaging 26.6 points off turnovers.

- WVU is holding its opponents to 0.85 points per possession, the second-lowest rate in the country, behind Purdue (0.83).

To put it another way: yikes.

Offensively, missed shots have not necessarily meant empty possessions for West Virginia this season. The Mountaineers rank second nationally in offensive rebounds per game (17.3) and they score 20.7 second-chance points per game. WVU has taken 233 more shots than its foes this season — an average of 15.5 more shots per game.

As you would expect from a Huggins team, these Mountaineers scrap on both ends of the floor. With that in mind, Self’s Jayhawks (88.4 points per game, second in the nation to The Citadel’s 90.1 ppg) likely could greatly increase their chances of staying unbeaten in the league — and taking sole possession of first place in the Big 12 — by scoring 69 points at WVU Coliseum. West Virginia has won 32 games in a row when holding opponents below that magic number.

Here are the Mountaineers Kansas (14-1, 3-0) has to keep in check to avoid its second loss of the season and take another step toward a 12th consecutive Big 12 title. 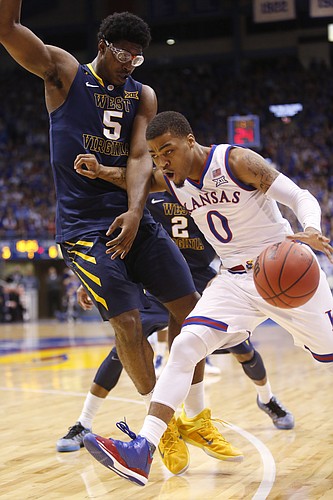 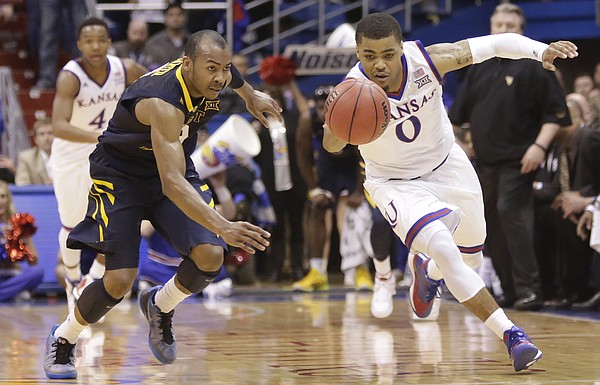 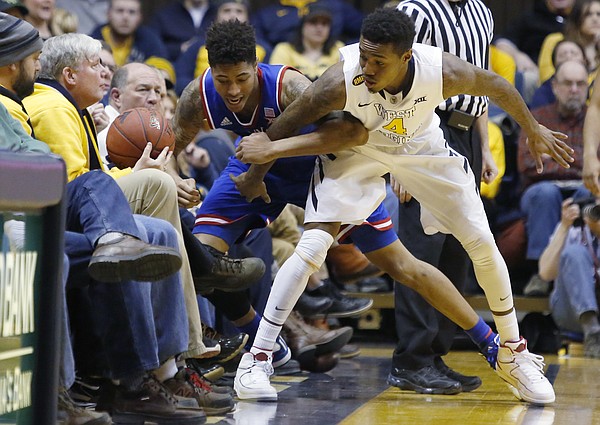 #WVU forward Elijah Macon is filling his role off the bench for the Mountaineers https://t.co/INJcoxdrqf pic.twitter.com/CNBNt22cI9

None by Keenan Cummings

Who starts and what minutes they play has been unpredictable for Huggy. That's Huggins.

They've only been tested four times. A total fail vs Virginia on a neutral floor, a close-ish win over 9-6 Richmond in Vegas, a close-ish win at TCU and a 2OT squeaker over KSU at Allen West. ONE win over a projected tournament team. He's used a variety of players and there's no pattern.

Thanks for the info., Jay. I was wondering about how tough a schedule they'd played. That certainly skews their stats somewhat, although it will obviously still be a tough test.

Their roster looks lengthy and athletic, but my concern is more about their aggressiveness. They seem to get away with physical plays. Our guys just need to keep their heads cool.