The Sideline Report with Keeston Terry 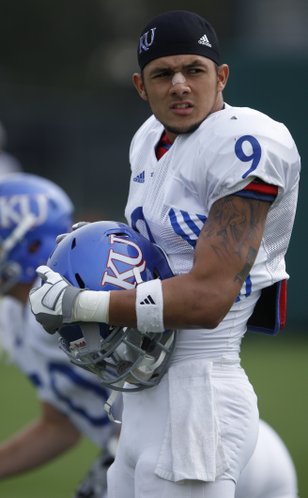 Kansas safety Keeston Terry gears up for practice on Monday, April 18, 2011 at the practice fields near Memorial Stadium. by Nick Krug

Jesse Newell: What’s something interesting that not many people know about you?

Keeston Terry: I don’t think most people know that I was born in Lawrence, Kan. Both of my parents were going to school here. I was actually born at Lawrence Memorial Hospital. The week before, my dad played Colorado (in football). He played, and then they came back over here for my birth.

What else? I think one thing people don’t know about me is that when I was in elementary school, I participated in this thing called, “Circus Skills.” It was just all about juggling, a lot of clown stuff. So I learned how to juggle clubs, balls, scarves, basketballs, plungers. Pretty much anything you could think of.

JN: How does that work?

KT: Our teacher was big about juggling and hand-eye coordination. So in classes, we learned how to juggle and things like that. You come here in the morning, start basic with some scarves, maybe some balls.

How to Juggle Three Balls by Howcast

Some people learn how to ride unicycles. You practice, practice, and then you get better at it.

JN: So who signed you up for that? Your dad?

KT: If you were interested, you’d just go ahead and do it. I liked juggling just because it was something that worked on my hand-eye coordination and was fun. Once I got good at it, I started doing other things.

JN: What’s the most you could juggle at one time?

KT: Probably the most I could juggle was four balls, five balls. That’s not a lot to some people, but once you get into other things ... I thought it was fun to do the plungers and the bowling pins. I kind of found that more fun than just juggling regular balls.

JN: That’s got to be really hard, juggling those things.

KT: Yeah, (laughs) it was kind of difficult at first. Frustrating. But once you get it, it comes easy.

JN: Do you ever show it off?

KT: Nah, I don’t think anybody knows that, except for maybe my mom and some of my friends. But I haven’t done it in a while, so I might be a little rusty.

JN: What’s a TV show that you’re embarrassed that you watch?

It’s funny. It’s just interesting to watch how people live through the teen years. But it’s probably the most embarrassing.

JN: Are there times you watch it when you think you should be doing something else?

KT: Yeah. But I’m a TV guru. I just like watching MTV shows. My roommate watches it with me: the kicker Ron Doherty. We don’t see it as a big deal.

JN: What’s something interesting about living with him? 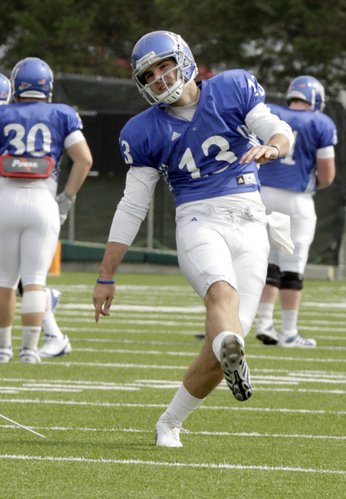 KT: His dance. He has this little dance he does. He doesn’t like to show most people, but it’s quite interesting to watch.

JN: Describe it to me.

KT: You ever seen a marching band? You know how they march? (pumps arms in the air) That’s kind of like what it is. It’s kind of funny.

JN: When does he use it?

KT: It was fun. Definitely a great experience, because not a lot of people get to experience playing as a true freshman. I definitely enjoyed it. It was crazy going out and playing in front of 40-thousand-plus fans and actually having some success out there. 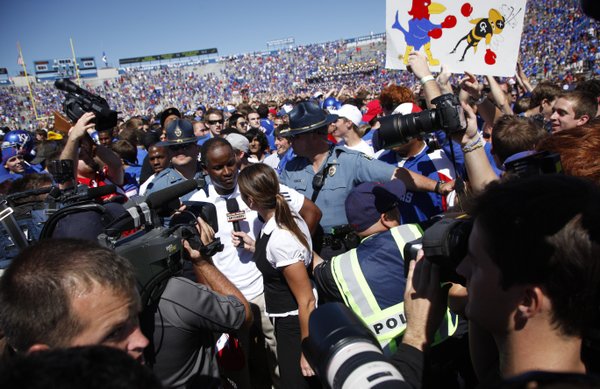 JN: What was the toughest part about your season-ending injury?

KT: Really getting into the flow of things. You feel like you had an opportunity towards the middle and end of the season to start, because people were going down with injuries and people were not always playing well. So I think that was the toughest part, knowing that you had the opportunity to do bigger and better things, but you get cut short.

JN: What about the rehab? What was the toughest part of it?

KT: Trying to come back, and you’re not really ready yet. Going through things and still feeling some soreness. You’re not sure if you’re really going to feel the same when you actually come back. Things like that.

JN: Do you feel the same now? 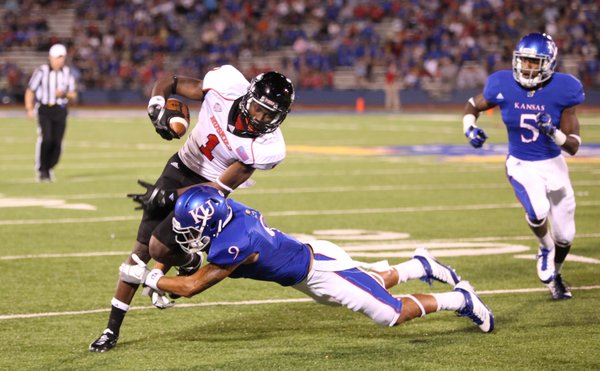 KT: I don’t think I’ll ever feel completely the same after having that knee injury, but I feel like I’m close. Will I ever get back to where I feel like I’m 100 percent? I don’t know yet. But I feel a lot better than I was previously when I was hurt.

JN: Your dad played for the Chiefs. Do you remember anything about that?

KT: Briefly. I attended a couple games with my mom. We really didn’t watch out in the stadium that often. It was more inside with the other teammates’ families. I remember him always being gone a lot, things like that, but not too much about it.

JN: Did you meet any of the players?

KT: Yeah, I met some of the players. He was really good friends with Neil Smith, David Whitmore, Tracy Simien, guys like that. They were pretty close friends with him.

JN: What’s your goal for this year?

KT: I want to get opportunities to make plays and just help out my team as much as I can to get wins. Any personal accolades come after the season. I just really want to win. Three-and-9 is tough, and getting predicted to go 1-11 ... I just want to win games. That’s most important to me.

JN: You happy at safety? 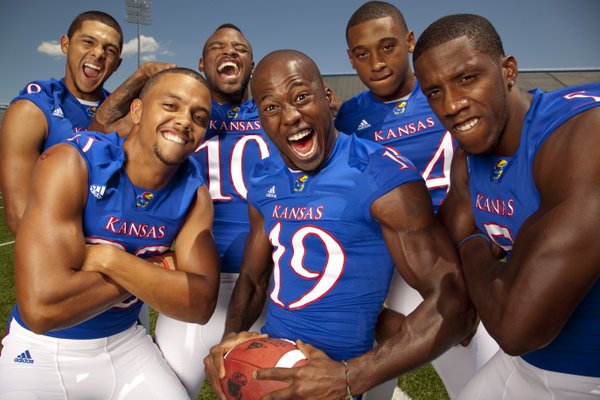 KT: Yeah, I’m happy. I think I’m happy. I don’t know. (smiles) I really enjoy playing receiver, but I want to do whatever they need me to do to help this team be successful. That’s what I’m going to do.

JN: Is there one time it’s hardest for you to not be a receiver?

KT: The hardest time is watching people when they drop passes or do things that you think you’re capable of doing. I think that’s the hardest time, but you’ve just got to brush it off and do your job.

JN: You remember the day you decided you were coming to KU? 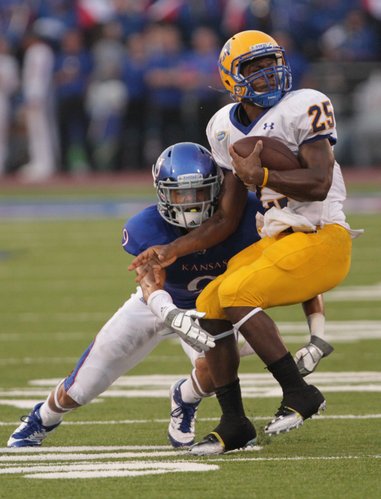 KT: Yeah. I know I had a previous commitment to Nebraska before I decommitted. I came up here a couple times. I really enjoyed the atmosphere of being around Lawrence, Kan. It really just wore on me throughout that time.

I finally decided to tell coach (Clint) Bowen, who was recruiting me at the time, that I wanted to be a Kansas Jayhawk. I was excited and happy about my decision. I still am.

I'm starting to feel old, they are talking about tv shows i've never heard of and last night i saw an ad for the 20th anniversary of silence with the lambs.

I wonder if Keeston has ever even heard of it?

Good to hear from Keeston and great to have him here in Lawrence. I remember watching his dad, so it is especially fun to hear about him.