After spending the bulk of his college career at Division II Missouri Southern, graduate transfer Cam Martin is getting his first taste of Kansas basketball boot camp.

A 6-foot-9 big man, Martin told reporters Wednesday about his initial impressions of the team, as well as what’s changed for him since he got to Lawrence this summer.

Agbaji addressed what has impressed him about the Jayhawks’ many newcomers this week.

Plus, after testing the NBA waters this past summer, Agbaji described how that process has helped him as a player, ahead of his final season at KU. 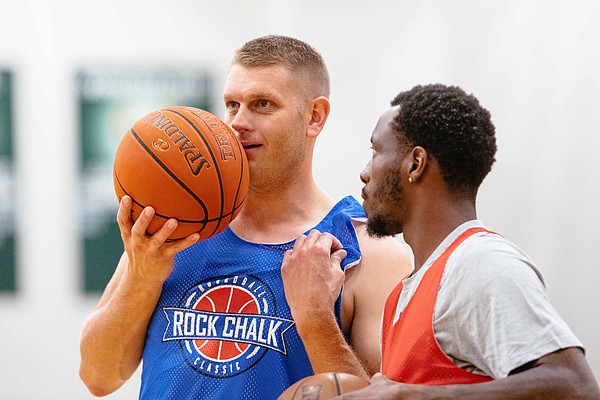 Thursday night marked the 13th annual Rock Chalk Roundball Classic and the event, which raises money each year for families affected by pediatric cancer, was back at Free State High after a one-year hiatus because of the pandemic.

There were still COVID-19 restrictions in place, which kept the gym from being packed full, but for those who could not attend, here is the full broadcast of the game that featured five NBA players and all kinds of 3-point swishes, courtesy of Spectrum Sports.

This year's game feature the following:

Below, courtesy of Spectrum Sports, which handled the broadcast, is the game in its entirety and it will live in this blog and on our KUsports.com YouTube channel for the rest of time.

Brian Hanni and his team were again charged with putting on the memorable night, and Hanni said this broadcast would not have been possible without the support of the following businesses:

For those still interested in contributing to the cause that has raised more than $670,000 over the years, check out the Rock Chalk Roundball Classic website to donate or to learn more about the history of this event and the families and children it has helped.

Offseason KU football & hoops chatter and a farewell to Shane Jackson by KUsports.com 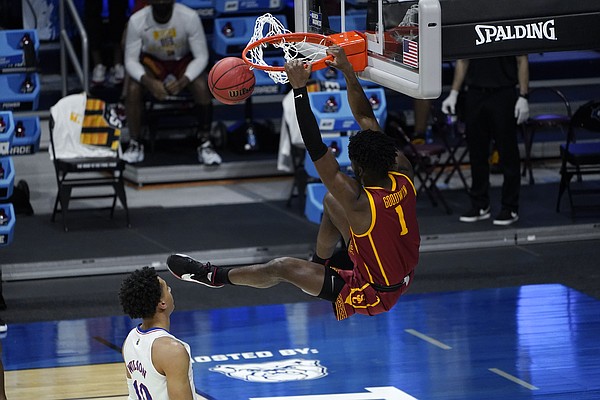 USC forward Chevez Goodwin (1) dunks on Kansas forward Jalen Wilson (10) during the second half of a men's college basketball game in the second round of the NCAA tournament at Hinkle Fieldhouse in Indianapolis, Monday, March 22, 2021. (AP Photo/Paul Sancya) by Associated Press

The Kansas basketball team is navigating March Madness while also dealing with some roster variations due to recent positive COVID-19 tests.

Senior Mitch Lightfoot said the Jayhawks are trying to handle that by focusing on a particular area.

“Knowing what wins,” Lightfoot said. “Defensively we’ve got to lock in and follow our scouting report, really play to our defensive principles.”

KU will face USC in Indianapolis on Monday night.

After spending several days in isolation due to a positive COVID-19 test, Kansas forward David McCormack returned to the Jayhawks just in time to help them advance to the second round of the NCAA Tournament.

“Being back, it felt great,” McCormack said on Sunday, ahead of the Jayhawks’ second-round matchup with USC in Indianapolis.

A day after one of his team’s key players made a successful return from a COVID-19 isolation, Kansas basketball coach Bill Self on Sunday discussed his expectations for another Jayhawk about to rejoin the team, Jalen Wilson.

Self also got into KU’s Monday night matchup with USC, which will determine whether the Jayhawks advance to the Sweet 16 or see their season end. 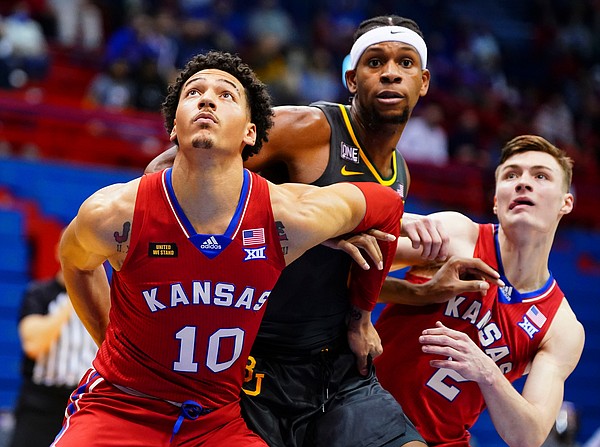