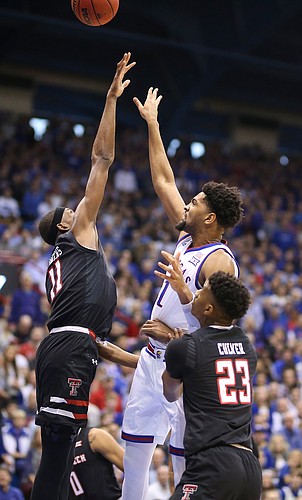 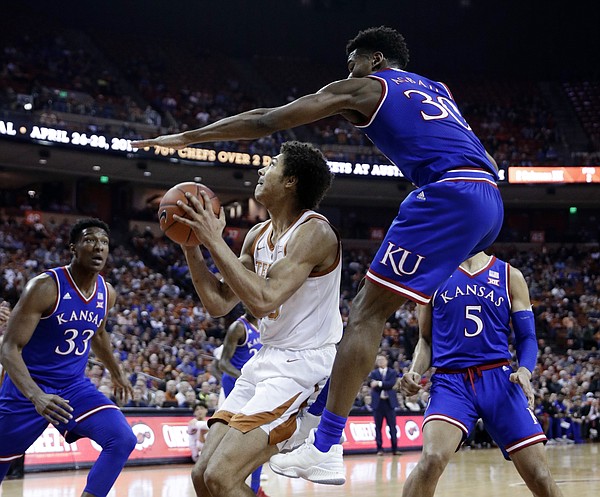 1 – Ochai Agbaji – Showed why he earned the first start of his career by playing hard, attacking on both ends and leading the team in scoring with 24 points in 35 minutes.

2 – Devon Dotson – Did some good things going to the rim, but never really looked comfortable running the show. Credit UT’s defense and intensity for that.

3 – Dedric Lawson – Didn’t score his first point until the 3:09 mark of the first half. Not all of that was his fault, but his off night, offensively, only underscored how much this team needs monster nights from him every time out to have a chance. Give him credit for refusing to let the slow/rough start take him out of the game completely.

4 – Marcus Garrett – Another ice cold night from the floor left Garrett with 18 fewer points this time against UT than he had the last time.

5 – Lagerald Vick – Came off the bench and never really looked into it. Knocked in a couple of 3-pointers, just like he did against Kentucky, but didn’t do much in the way of leadership or being a go-to option on offense during a night when Kansas needed both.

6 – Quentin Grimes – Made just 1 of 5 shots — and that came very early — and finished with 1 assist, 1 steal, 1 turnover and 1 rebound in 20 minutes. Not what KU needs from a talented player who continues to struggle.

7 – David McCormack – Gave some decent minutes and delivered a couple of crucial hustle plays. Still not quite polished enough to be counted on. Might not get there this season.

8 – Mitch Lightfoot – Minutes were way up and his effort was there, too. Unfortunately he didn’t translate either of those into production. Finished with three fouls, one block and one missed shot in 14 minutes.

9 – K.J. Lawson – One first-half travel is the only thing I remember seeing from K.J. in this one. Played just 3 minutes, though, so the opportunity to do much wasn’t really there. 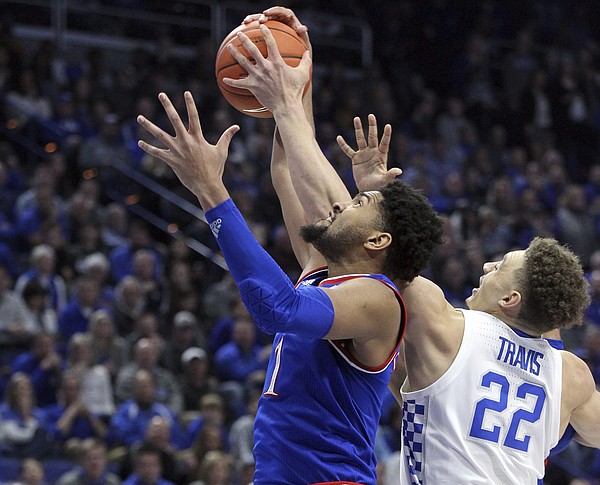 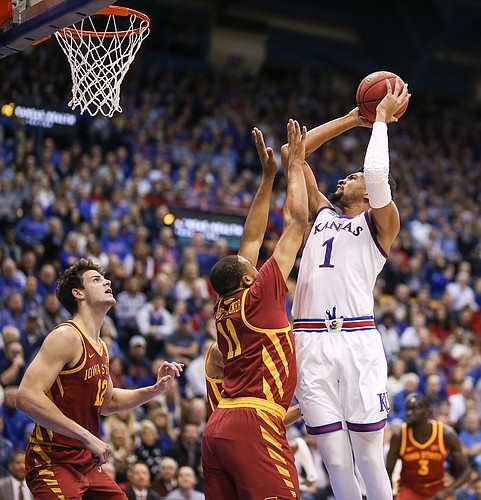 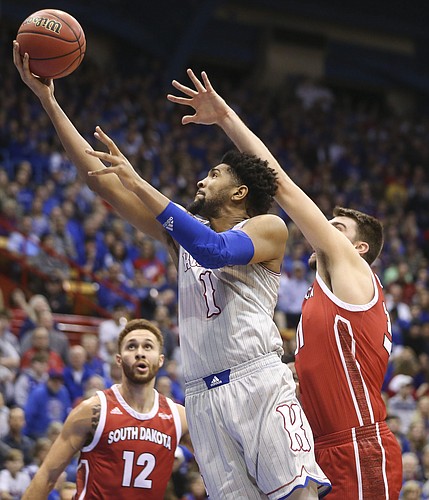 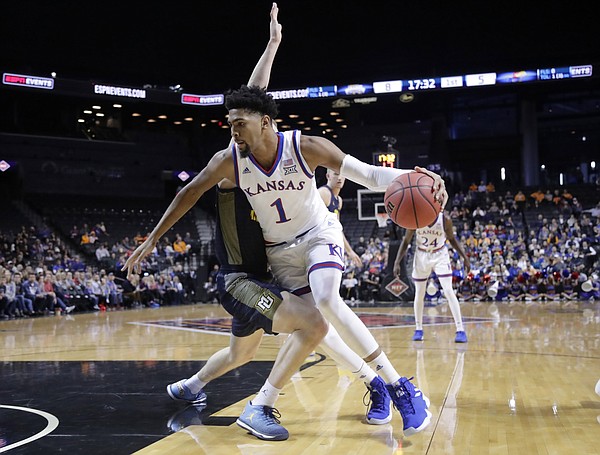 1 – Devon Dotson – So good in so many ways. Pushed the pace, drove hard to the rim and found teammates for open shots. He also played a little D and was as active as any player on the floor. Tallied 10 points, four assists and three steals, but was much, much better than any of those numbers indicate.

2 – Dedric Lawson – Another slow start — especially at the rim — quickly gave way to a pretty solid night. Finished 9-of-16 from the floor for 26 points and added 12 rebounds in 33 minutes.

3 – Lagerald Vick – Was hot early, making his first three 3-point attempts to push his incredible streak to 18 of his last 23, and finished with 16 points on 6-of-12 shooting.

4 – Marcus Garrett – Played with more confidence and was more assertive throughout the game. Experience likely played a big role in that. Started the second half in place of Grimes and appeared to help aid better overall flow for KU’s offense.

5 – Udoka Azubuike – Far from his best night. Foul trouble played a big part in that. Azubuike did have a couple of dunks early in the second half that helped bring the building to life, but he’ll have to play much better — and smarter — on Friday for Kansas to have success against Tennessee.

6 – Mitch Lightfoot – Gave good minutes and played hard (stop me if you’ve heard that before) during the time he was on the floor. Picked up a couple of rebounds but will be remembered for the three-point play for points 16, 17 and 18 during KU’s 22-0 run to open the second half.

7 – Quentin Grimes – Attacked early but then disappeared and was benched to start the second half. A couple of first-half turnovers illustrated perfectly what an off night it was for the KU freshman.

8 – David McCormack – His rim-rattler in the first half while filling in for Azubuike was reminiscent of the punishment Azubuike put on the rims in Italy last summer. No major stats but good minutes nonetheless.

9 – Charlie Moore – Never got into the flow of this one and, as a result, didn’t play much. Tallied just one rebound and a bunch of zeroes in 14 minutes.

10 – K.J. Lawson – Another short night for the older Lawson brother, who grabbed two rebounds in the victory.