Mr. Everything, Marcus Garrett, tops ratings after loss to Baylor 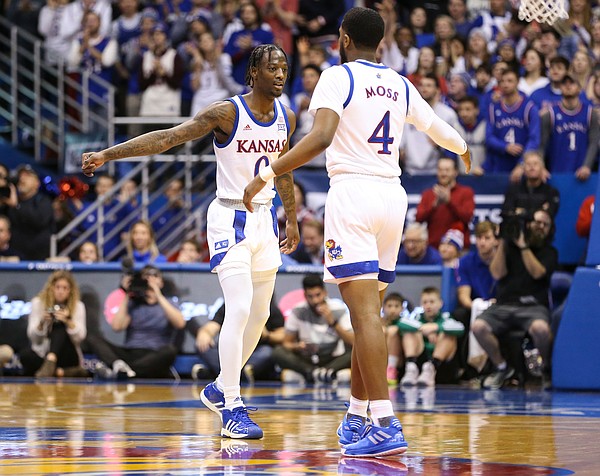 1 – Marcus Garrett – His numbers weren’t great, but without him this game would’ve been over way before it actually was. Playing point guard with Devon Dotson in the locker room, doing his best to guard Jared Butler all day and representing the only consistent offense KU had in the second half, Garrett gave everything he had and did it on two bad ankles without making any excuses.

2 – Isaiah Moss – A great first half was overshadowed a little by Moss disappearing in the second. But who didn’t? The senior guard who has been up-and-down throughout the season was much more aggressive looking for his shot and KU needs more of that from him the rest of the way.

3 – Udoka Azubuike – Worked hard for position and every rebound he got. Also blocked a career-best 7 shots. Only managed 6 points, though, and uncharacteristically missed three of the six shots he attempted.

4 – Christian Braun – Missed the only two shots he took but played extremely hard, fighting for rebounds and driving to the rim to draw contact. That led to another memorable outing, though not quite to the same level he’s reached during other recent games.

5 – Ochai Agbaji – After an aggressive offensive outing at Iowa State, Agbaji again looked a little timid in this one. Credit the Baylor defense for a lot of that. Finished with 6 points, 5 rebounds and 3 turnovers.

6 – Devon Dotson – Even without the injury factored in, this wasn’t Dotson’s best day. Davion Mitchell hounded him on defense and the entire Baylor backcourt put pressure on him with their aggressive play on offense. Give him credit for gutting it out while dealing a hip pointer, but KU’s offense sure doesn’t look the same without him attacking the rim the way he’s capable.

7 – Silvio De Sousa – Grabbed 4 rebounds, which only made him marginally better than McCormack. His lone bucket was a meaningless score at the end of the game. De Sousa’s still looking to turn the corner and isn’t closing on it very quickly.

8 – David McCormack – KU’s other starting big man finished 0-of-2 from the floor with just 1 rebound and has now played two of his worst games against two of the Big 12’s biggest and best teams.

9 – Tristan Enaruna – In a game that seemed tailor-made for his skill set, the freshman played just 5 minutes and was a non-factor.