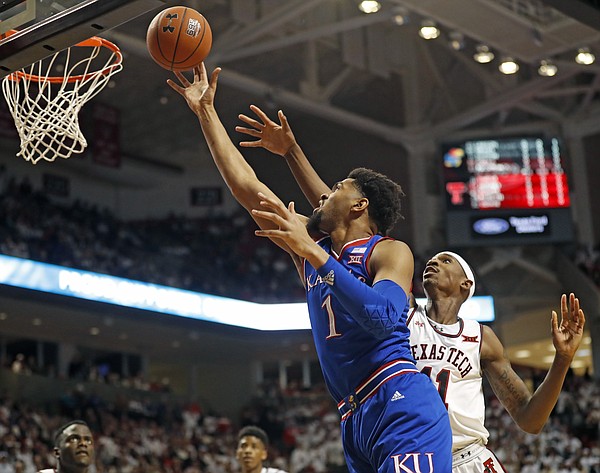 1 – Marcus Garrett – Scored his first bucket in three weeks just 8 seconds into his return from a 5-game absence and was one of the few Jayhawks who looked aggressive and actually shot the ball well in this one.

2 – David McCormack – Played hard all game and was a presence in the post on a night when the Jayhawks needed one but didn’t get it from the rest of the lineup. Finished with 8 points and 4 rebounds.

3 – Dedric Lawson – Far from his best night, but he did hit 7 of 8 free throws and led KU in scoring. Someone had to be ranked up here at the top.

4 – K.J. Lawson – Bill Self praised K.J. For doing some good things after the loss. One of those was shooting the ball. Lawson hit 3 of 6 overall and 2 of 5 from 3-point range.

5 – Devon Dotson – Foul trouble and the environment caused problems for Dotson, who finished with just 7 points and 1 assist in 25 minutes. But he did enough to show that, when he was out there, he was still a tough matchup for his defender. He just did nothing to help lead his team through a rough night.

6 – Charlie Moore – Made a few shots but took a bunch, as well. Tied with Dedric Lawson for the team lead in field goal attempts. You don’t have to be a genius to figure out that that stat was not in the KU game plan.

7 – Quentin Grimes – Made just 1 shot in 27 minutes and even missed a pair of free throws. Did finish with 3 assists, but was passive once again for much of the night.

9 – Mitch Lightfoot – On a day when Kansas had no energy, its energetic leader had to be responsible for at least some of that. Beyond that Lightfoot had far too many plays where he tried to play hero ball, going for a big block or uncharacteristic home run instead of using his normally solid fundamentals.