The first big showcase weekend of the spring to come to the area has arrived and several top prospects on KU’s radar are coming to Kansas City, Mo., this weekend to participate in the second Under Armour Association event of the year at HyVee Arena, formerly Kemper Arena.

Class of 2020 point guard and KU target Jalen Suggs figures to be a main attraction throughout the weekend. Suggs currently leads the UAA in scoring, at 23.5 points per game, and also leads in assists at 6.2 per game. Fellow 2020 point guard Ty Berry (No. 126) will be playing with KC RUN GMC and Class of 2022 small forward Mark Mitchell, also will play with KC RUN GMC’s 16U squad.

Oklahoma point guard Bryce Thompson, who is ranked No. 59 in the Class of 2020 per Rivals.com, also will be on hand playing for Oklahoma PWP.

While all of that’s going at HyVee Arena, RecruitLook KC Run, a showcase that boasts 88 teams from 16 different states and Canada, also will be happening this weekend across the state line at Okun Fieldhouse in Shawnee.

That event, which also will feature Suggs, will include a few other names to watch: Class of 2020 point guard Mike Saunders (a teammate of current KU target Tristan Enaruna’s), 2021 forward Chet Holmgren, and Xavier Foster, a 7-foot center from the Class of 2020 who holds an offer from Kansas, are among the biggest prospects in that event. Foster plays with a team known as Pure Prep.

Two others to watch include Class of 2022 guard Chris Morgan and Class of 2021 guard AJ Neal, with Showtime.

2020 PF Isaiah Cottrell released his top eight school on Sunday, and Kansas is still one of the schools Cottrell is considering. 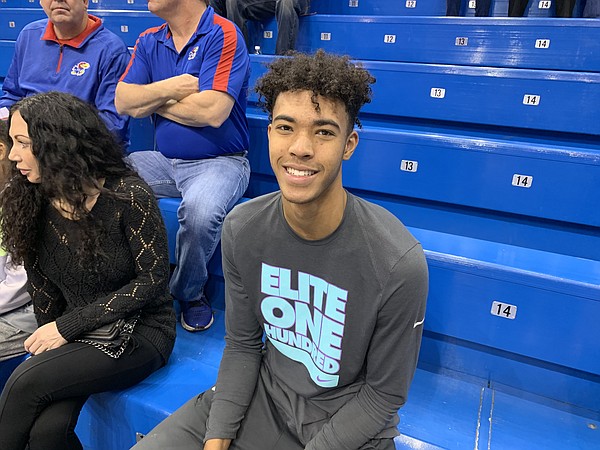 Isaiah Cottrell during his official visit to Kansas by Matt Scott

Kansas Assistant Coach Norm Roberts was in Wichita in Wednesday to see 2019 Kansas signed guard Christian Braun play in the Kansas 6A State Tournament Quarterfinals. Braun's 33 points led Blue Valley Northwest to a tough 75-70 win over Olathe North. Braun followed up his 33 point performance on Wednesday with a 25 point performance on Friday against Shawnee Mission South, and another trip to the State Title Game on Saturday.

On Thursday Coach Roberts traveled to Tulsa, OK to see 2020 guard Bryce Thompson score 22 points in Booker T Washington's 64-58 win in the Oklahoma 6A State Tournament Quarterfinals. Thompson followed up his 22 point performance on Thursday with a 13 point performance on Friday. Thompson came up big in the 4th quarter helping his team overcome a 12 point deficit in the 4th quarter to advance to Saturday's State Title game.

2019 SG to visit Kansas in February

2019 SG Anthony Edwards will visit Kansas during the weekend of February 9th. Edwards, who reclassified into the 2019 class from the 2020 class shortly before Thanksgiving, is currently visiting Kentucky. Kentucky will host Mississippi State on Tuesday night before the Jayhawks head to Lexington next weekend.

Edwards is widely considered to be a top 10 prospect in the 2019 class. His size and strength (6'5" 215lbs) certainly jumps out, but his ability to score the ball in a variety of ways really separates him. He is aggressive, physical and is an elite athlete. 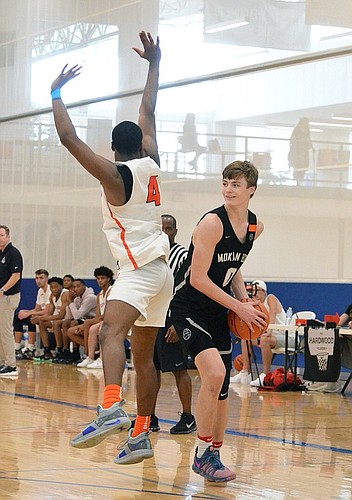 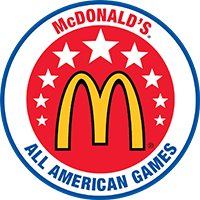 On the basketball side of things, Suggs has a long list of schools hoping he chooses to play hoops at the next level. Minnesota, Butler, Georgia, Wisconsin, Notre Dame, Iowa State and Kansas among others are some schools interested in Suggs.

Many schools are recruiting Suggs for both basketball and football.