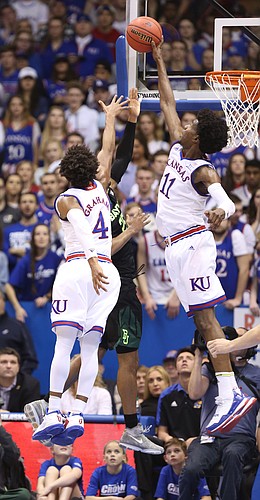 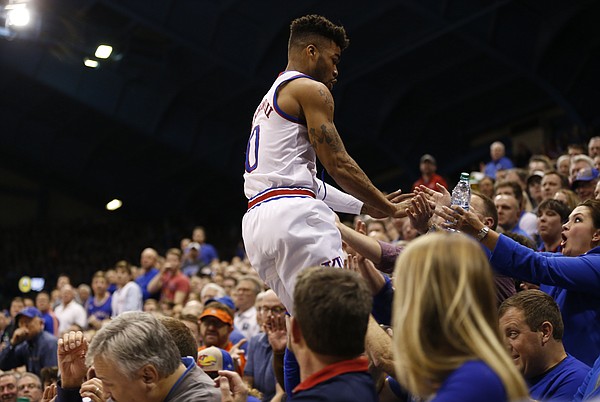 you can really see josh growing up. two foul calls against him yesterday and he was unhappy with both but he just smiled and played on. he's going to be scary good by march.

Its been really fun to see the development of our freshmen phenoms the last few years. I think that was one of the knocks on Bill Self prior to Wiggins and Embiid - that his development of one-and-done type talent was weak compared to the Calapari's of the world.

Josh is certainly making a strong case for being the top freshmen in the country! RC

Was it Self's ability (or perceived lack thereof) to develop/coach OAD talent, or has Calipari simply had the opportunity to coach more, REALLY GOOD OAD talents?

You look at some of those guys that came through UK: John Wall, DeMarcus Cousins, Anthony Davis, Karl Anthony Towns... Those guys are all bonafide NBA superstars. Embiid is that type of guy. Wiggins is close. Jackson probably will be as well. But Henry, Selby, Alexander, Diallo? None of those guys will be NBA all-stars. That's not Self's fault... Those guys just lack the athleticism/skill/drive to be superstars at the next level.

That's a valid question. Certainly Calipari has had more than his fair share of McDonald All Americans, so a good percentage of those will pan out to be superstars regardless of the coach.
But a potential recruit may have looked at Henry, Selby, Alexander, Diallo, etc. and seen HCBS as 0-4 in that area and may have seen Calipari as the safer choice. Regardless, now that should be a moot point.

I do not know if your name is plastered on websites that shares accusations of wrong doing might effect how you play but the last player evaluation you have might be an example to judge. I'm hoping his next game might get his rating much higher.

What's it say to Carlton Bragg that the team just beat two Top-5 teams w/o his help?

I'm interested to see if JJ can keep this streak of phenomenal play going. He could potentially play himself into first-team All-American status along with BIFM, who would have to play his way out of it.