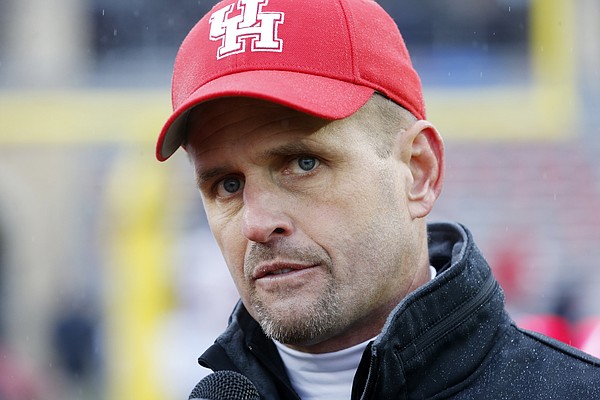 If I were an agent for assistant college football coaches I would insist that they all are paid moving expenses with a set amount of cash and then can make arrangements on their own.

And then I would insist that each one of them buy a truck big enough to pack all of their belongings. They would pay off the truck by their third or fourth move and make money off of the next 10 moves.

Texas Tech defensive coordinator David Gibbs is just one of many whose background illustrates the itinerant nature of life as an assistant football coach.

A senior defensive back on Colorado’s team that won the national title under Bill McCartney in 1990, Gibbs is in his fourth season at Texas Tech, which struggled on that side of the ball until improving vastly this season.

He was a graduate assistant at Oklahoma (1991-92) and at Colorado (1993-94). His first full-duties coaching job came at Kansas (1995-96), where he was defensive backs coach under Glen Mason. Gibbs would tell you going to Kansas was the best move of his life because it was there that he met his wife, Debbie, a Lawrence High graduate. The couple has two children.

He coached defensive backs for the Denver Broncos (2001-04) and was defensive coordinator at Auburn in 2005.

As Houston’s interim head coach for the Armed Forces Bowl played Jan. 2, 2015, Gibbs coached his team to a 35-34 victory over Pittsburgh with the biggest fourth-quarter comeback in bowl history.

The Cougars scored 22 points in a span of 90 seconds of game clock. Gibbs wasn’t able to spin that into a head coaching job, but here’s guessing his name will surface regularly in postseason job searches.

Sounds like a very solid option for the KU job. Some decent Texas connections through Houston and TTU, a Lawrence connection, proven ability to run a defense and probably enough connections in the coaching world to assemble a high quality staff, quickly.

Long has hired big names in the past, but he was hiring to much better situations. Gibbs sounds like he could be a really solid option for the Jayhawks.