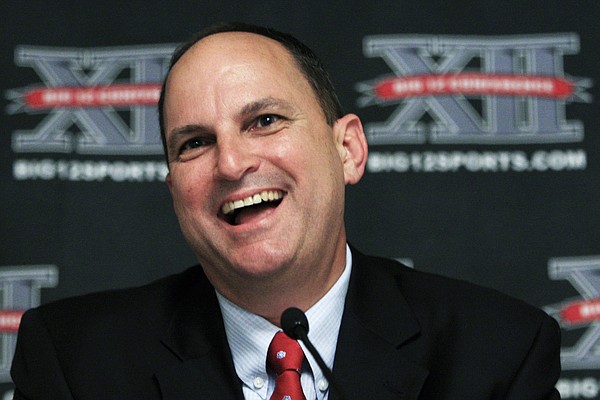 The job tends to have a high turnover rate either because the AD's hires flop and the AD pays with his job or because the ambitious AD takes a higher-paying, more prestigious job.

Once Kansas hires a new AD — it's a good time to be in the market since the only real deadline is having a one in place before the start of next school year in mid-August — that will mean 40 percent of the conference's athletic directors will be in positions occupied by others as recently as the end of the 2016-17 basketball season. That's assuming no other vacancies come about before KU makes its hires.

A look at Big 12 athletic directors, listed in order of their hiring dates.

At least we will improve by subtraction... It would be nice to have an athletic director who sticks around for a decade or so.

The KU Chancellor, with an assist from KU Big Donors, gets to hire his guy for the job. A majority of bosses like to have subordinates on the job who owe their allegiance to the one who hired them.

Who is your top guess? Can you do a probability ranking similar to what you did with Dorance's draft prospects?