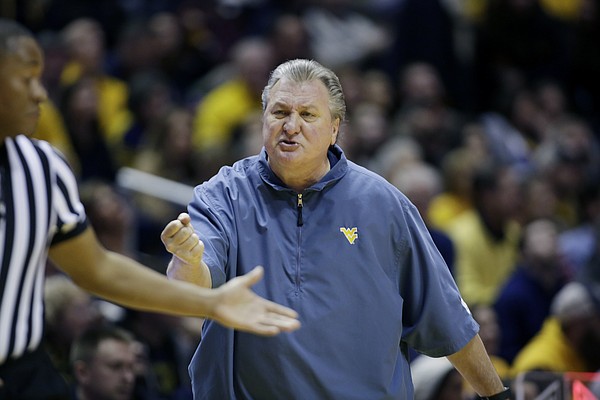 Kansas might be entering the Big 12 season in unfamiliar territory, but the expectation remains the same.

For the first time since the 2004-05 campaign, the Jayhawks will begin a league slate without winning at least a share of the conference crown the previous year. Still, No. 3 Kansas is considered the favorite to win the league title in 2020 by every sportsbook and computer model ahead of Big 12 play.

Yet one of KU’s biggest threats, West Virginia, is on deck for the league opener. The Mountaineers enter Saturday’s matchup with an 11-1 record and a No. 16 ranking in the latest AP Poll. West Virginia is even coming off a 67-59 win over then No. 2 Ohio State.

But the Jayhawks always seem to perform well to begin the Big 12 season. Kansas has won 28-straight conference openers dating back to the 1991-92 season, with 11 of those in Allen Fieldhouse and 17 on the road. The last time KU lost a conference opener was at Oklahoma, 88-82, on Jan. 8, 1991.

This will be the first time Kansas has played West Virginia in a league opener. Kansas leads the overall series with West Virginia, 12-5, and the Jayhawks have won six of the last seven meetings.

Culver is coming off a stellar freshman season for West Virginia.

As a freshman, Culver was named to the All-Big 12 second team and tabbed an unanimous selection to the All-Big 12 freshman team last season. He paced the Big 12 in rebounding in conference games with an average of 10.9 rebounds per contest last year. Culver averaged 11.5 points and a team-high 9.9 rebounds per game for the Mountaineers in 2018-19.

This season, Culver is leading WVU in rebounding with an average of 9.4 rebounds per outing to go along with 11.0 points per game.

It should be no surprise how well Tshiebwe has been as rookie, considering his pedigree as a prospect.

Tshiebwe is just the second McDonald’s All-American to enroll at WVU as a freshman, joining Chris Brooks in 1986. He was ranked as a 5-star recruit and Top 25 senior by numerous scouting services.

Tshiebwe tallied 20 points and 17 rebounds in his second collegiate game, and has earned Big 12 Newcomer of the Week on two different occasions. Entering Big 12 play, he is averaging 11.8 points and 8.8 rebounds per game.

Haley has scored in double figures in 15 of the last 21 games.

During his senior season, Haley is averaging 10.5 points and 5.4 rebounds per contest for WVU. He started 24 of 36 games last season, scoring a career-high 28 points at Iowa State. Haley hit a game winner in a win over Kansas last season.

JERMAINE HALEY DOES IT FOR WVU

None by Bleacher Report CBB

Dating back to last season, Matthews has reached double figures in 10 of his last 18 games.

Earlier this season, Matthews netted his first career double-double with 16 points and 10 rebounds against Austin Peay. Matthews is averaging 9.4 points and 4.5 rebounds per outing this year for the Mountaineers.

ONE THING WEST VIRGINIA IS GOOD AT

West Virginia is a physical team that can make an impact on the glass. So far this season, the Mountaineers have posted an offensive rebound rate of 38.0%. That mark trails only six teams in all of college basketball.

ONE THING WEST VIRGINIA IS BAD AT

The Mountaineers are not a good shooting team, particularly at the free throw line. West Virginia is shooting 66.7% from the charity stripe, which ranks 267th in the country.

Kansas is a 9-point favorite over West Virginia, which is right in line with KenPom’s projection of this game. KenPom projects KU to win by a 74-65 margin. It might seem like a lot of points between two top-16 teams, but the Jayhawks have won so many conference openers in a row for a reason. I expect them to handle this one, and ultimately create a cushion in the second half in front of a home crowd.

We are shooting 65% from the charity stripe, which ranks 310th in the country.