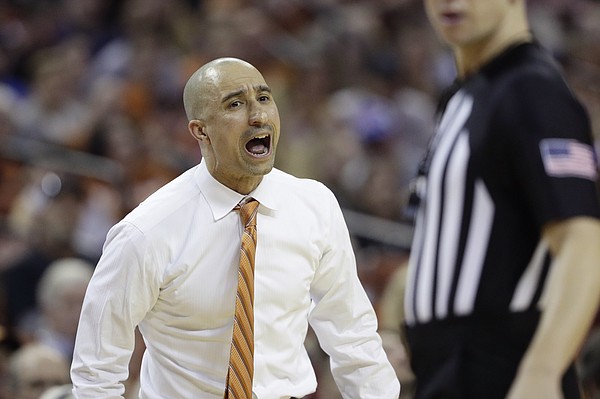 One day after the Kansas City Chiefs won the Super Bowl, No. 3 Kansas will welcome Texas to town for a Big Monday matchup between two Big 12 teams.

KenPom gives Kansas a 93% chance of victory with a projected winning score of 73-56. Torvik, of barttorvik.com, projects the Jayhawks to win by a 73-57 margin at home. According to FanDuel’s Sportsbook, Kansas is favored by 14.5 points over Texas as of Monday morning.

Kansas leads the overall series with Texas, 34-9, including a 17-1 in games played in Lawrence. Dating back to the 2013-14 season, KU has won 12 of the last 13 meetings with Texas with the lone loss coming last season in Austin. 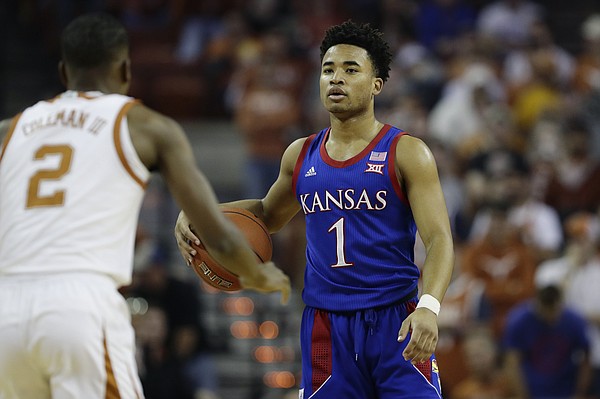 Coleman has remained a constant at point guard for the Longhorns.

In his three-year career, Coleman has started all 92 games and has reached double figures in scoring on 48 different occasions. Coleman has scored 969 points in his career, which is an average of 10.5 points per contest. He is just 31 points shy of becoming the 38th player in school history to reach the 1,000-point mark. 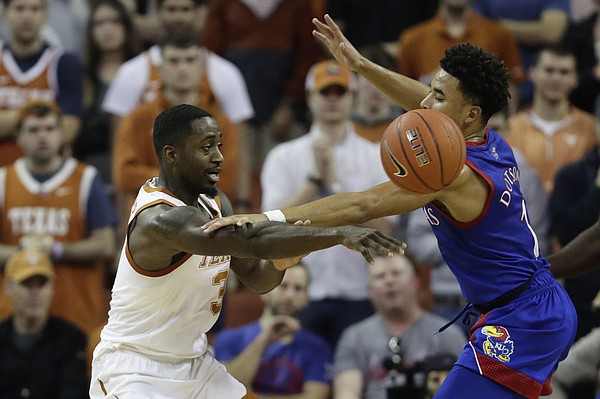 Ramey has shown noticeable improvement in his sophomore campaign.

This season, Ramey ranks second on the team in assists (3.2 apg), rebounding (4.0 rpg) and steals (16), while also being tied for second in scoring (10.5 ppg) and third in minutes (30.4 mpg) for UT. He has 14 double-digit scoring efforts this season, including one 20-point performance. 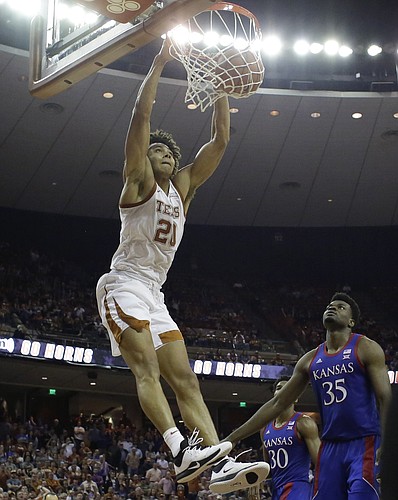 Kansas coach Bill Self said Sims might be the best athlete in the conference leading up to this game, and for good reason.

Sims, who is in his third season in the UT frontcourt, has played in 90 games (48 starts) for Texas. He has reached double figures in scoring 20 times and in rebounds nine times. Sims has posted four double-doubles in his career, all of which took place this year.

In the first meeting between these two programs, Sims posted a career-high 20 points against Kansas.

ONE THING TEXAS IS GOOD AT

The Texas frontcourt has helped the team limit production on 2-point shots this season. Opposing teams are shooting 44.8% on 2-point attempts, a number that ranks 42nd in the country on KenPom.

ONE THING TEXAS IS BAD AT

The Longhorns most likely won’t get a lot of scoring production from the charity stripe tonight. UT is shooting 65.3% from the free-throw line, which ranks 317th in all of college basketball.

Kansas wasn’t able to bury Texas Tech just two days ago, and that surely is the plan against Texas. That being said, I think 14.5 points might be too big of a number in this one. If Texas shoots better than 6-for-20 from deep — like it did in the first meeting — that will be enough to cover the spread.

How long does Shaka last?

And how long does Danny last at Wake?

I’ve been wondering the same thing. They canned Barnes for early tournament exits but at least he got his team in the dance. Smart has missed the tournament twice and lost in the first round twice.