Getting to know: UNC Greensboro basketball 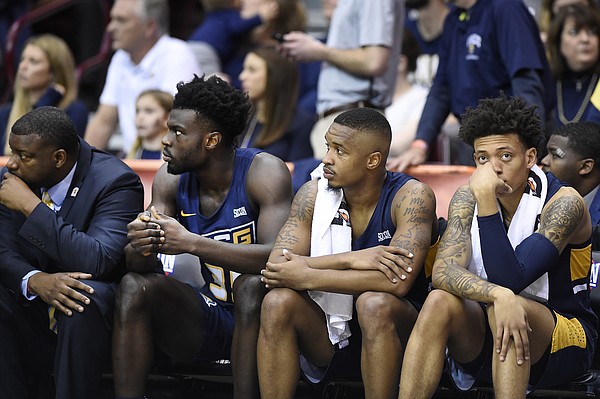 UNC-Greensboro bench reacts as their team loses the lead against Wofford in the second half of an NCAA college basketball game for the Southern Conference tournament championship, Monday, March 11, 2019, in Asheville, N.C. (AP Photo/Kathy Kmonicek) by Associated Press

Win or lose, Kansas basketball was always going to move on quickly from the Champions Classic. While those games are great for the sport, the result has such little impact on how the Jayhawks will be come March.

But now it remains to be seen how KU will respond after letting a winnable game slip away in the season opener, especially in the fashion that it happened. Kansas committed 28 turnovers in a 68-66 loss to Duke Tuesday night in Madison Square Garden in New York City.

The Jayhawks (0-1) don’t get much time to fully digest that defeat, as they prepare for their home opener tonight at 8 p.m. in Allen Fieldhouse. And Kansas will face another formidable foe in UNC Greensboro, which is coming off a 83-50 win over North Carolina AT&T in the season opener.

The Spartans are ranked No. 100 according to KenPom, but this squad is more than capable of being competitive in KU’s home opener. UNC Greensboro went 29-7 last year, and narrowly missed the NCAA Tournament.

UNCG will be looking for its first victory over a team ranked in the AP Top 25 in program history. Kansas and UNCG have met once in men’s basketball with Kansas winning 105-66 on Nov. 22, 2002, in Allen Fieldhouse. 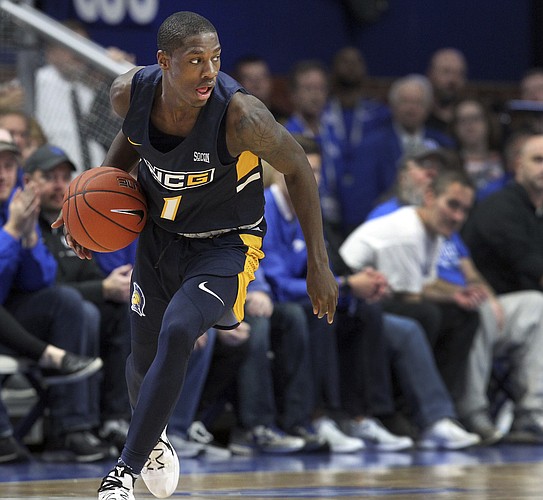 Last season, Miller ranked second in the country in steal percentage. So Devon Dotson and Ochai Agbaji will have to take care of the ball better in this one.

In the season opener, Miller scored 13 points on 5-of-12 shooting. He hauled in six rebounds, while recording three assists and three steals. Miller’s most notable play was an impressive dunk that landed him on Sportscenter's Top-10 plays for the night.

#SoConHoops 🏀 has been back one day and we already have the top play on @SportsCenter's Top 10 thanks to @UNCGBasketball!!

It's going to be a fun year, y'all 😎 pic.twitter.com/ZMaIxfK4Ks

None by Southern Conference 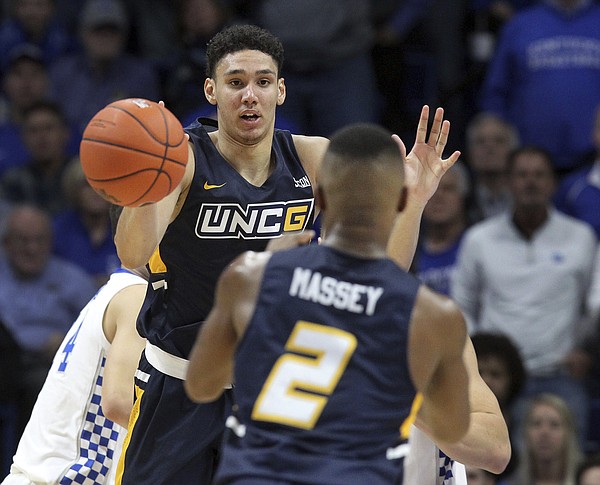 Galloway, who is a returning starter, is a forward that has the ability to knock down a shot from the perimeter.

Last season, Galloway ranked fifth in three-point percentage by knocking down 44.2% of his 3-point shots. He was also seventh in the league in blocks per game. Galloway averaged 9.4 points and 4.3 rebounds per game last year, recording a total of 38 blocks. 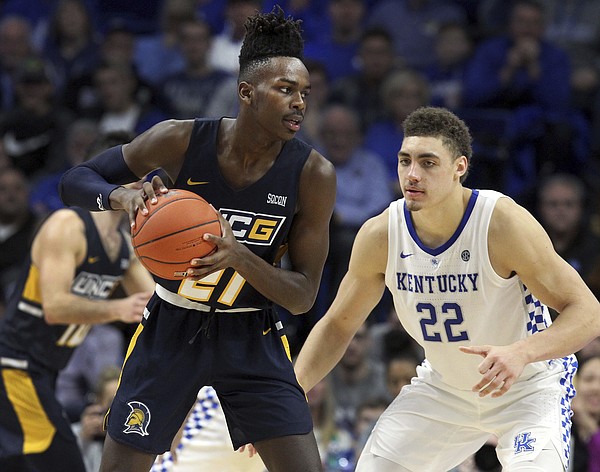 Dickey recorded three blocked shots and two steals in the opener to go along with four points and four rebounds.

As a junior last year, Dickey averaged 7.5 points and 8.0 rebounds per game. In his four-year career, Dickey has been effective on the glass and protecting the rim with his size. Dickey ranks third in program history in blocks with 170 and is fifth in rebounds with 763.

Dickey is one of three returning starters for the Spartans from a team made it to the second round of the NIT. 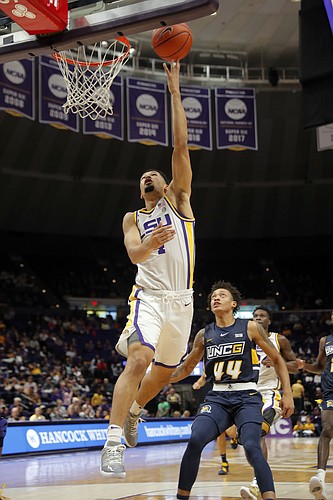 Hunter averaged 5.7 points per game as a redshirt freshman last year. He was rated the No. 5 recruit in the state of North Carolina for the class of 2017 by Prep Hoops North Carolina, but ultimately missed his senior season due to an injury

The Spartans are coached by Wes Miller, who is 142-117 in his ninth season at UNCG and his ninth season overall. UNCG is the preseason No. 2 pick in the Southern Conference, trailing only East Tennessee State.

Kansas is a 15-point favorite over UNCG as of Friday afternoon, which seems just a tad too high for me. Bill Self talked about how the Spartans like to press, something that doesn’t bode well for a team that a quick turnaround after committing 28 turnovers in the season opener. The Jayhawks should win this game, but I’m taking the points in this one.