Getting to know: The field for 2019 Maui Invitational 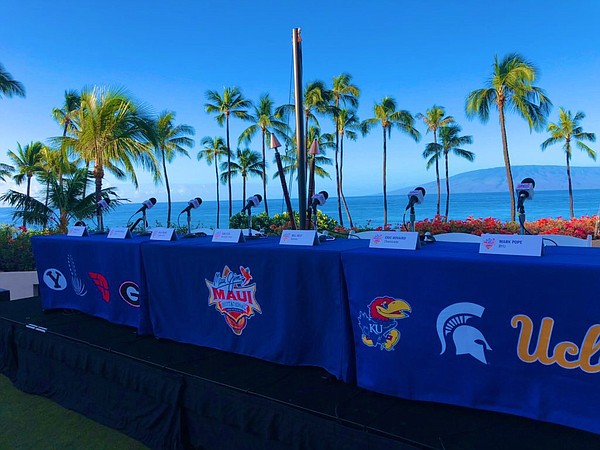 The setting and backdrop for Sunday morning's coaches press conference at the Hyatt Regency Resort and Spa in Maui. by Matt Tait

There is nothing quite like a basketball tournament, really at any level.

It will be interesting to see how Kansas handles three games in three days during this year’s Maui Invitational, which begins today. KU will face Chaminade at 8 p.m. tonight in the first round, though the tournament will begin in the early afternoon.

Chaminade, the tournament host, only has nine wins in 91 games in the history of this event. KenPom already gives the Jayhawks a 100% chance to win this game. As a result, it is not worth breaking down KU’s first opponent too much.

That being said, this is a good field for the Jayhawks in their first such trip since 2015, when they won the whole thing. Before the start of 36th Annual Maui Invitational, let’s take a closer look at the entire field to see if KU has a chance to come away with a tournament win just like they did four years ago. 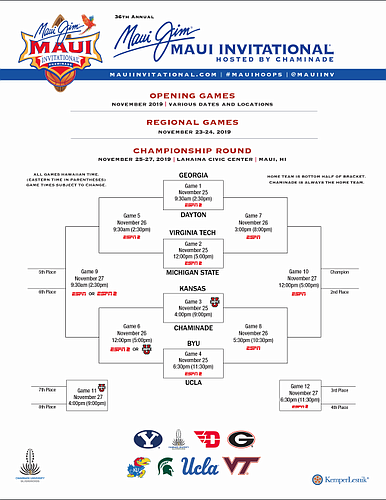 KenPom ranking: No. 1 team in nation

One thing team is good at: Averaging 29 assists per game

One thing team is bad at: No size, tallest player is 6-foot-8