Getting to know: Monmouth basketball 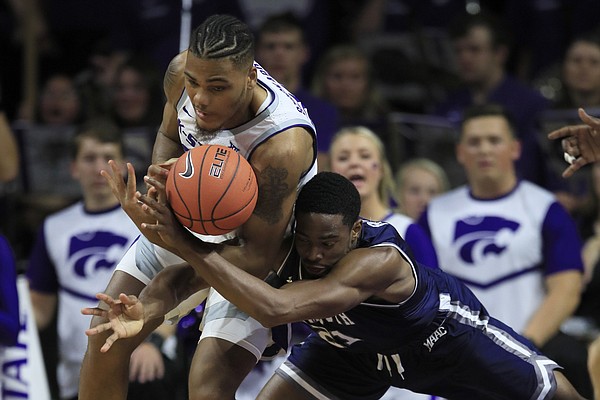 There should be no reason that the Jayhawks overlook their latest opponent.

Just a few days ago, Monmouth led the defending Big 12 co-champions, Kansas State, by nine points at halftime in Manhattan. The Wildcats then clamped down defensively against the Hawks in the second half to secure a 73-54 win at Bramlage Coliseum.

It is a result that certainly caught KU’s attention, as it prepares for its first game in a week. Kansas (1-1) plays host to Monmouth (1-2) at 7 p.m. in Allen Fieldhouse. This will be the first-ever meeting between these two teams.

KU has won 22-straight home games, 21 of which have come at Allen Fieldhouse. The streak currently ranks as the third-longest active among NCAA DI schools. KU’s last home loss came to Oklahoma State on Feb. 3, 2018. 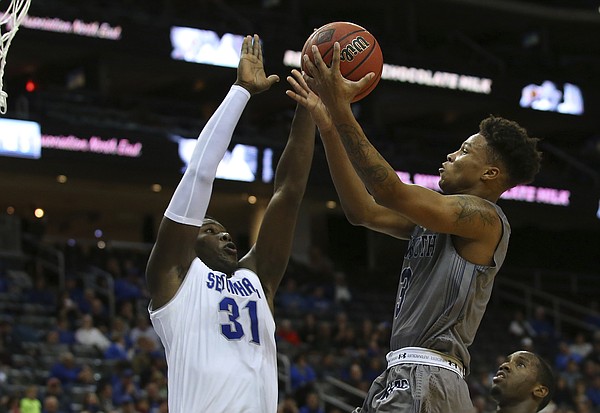 Through three games, Hammond is second on the team in scoring with an average of 12 points per game.

As a sophomore last season, Hammond finished second on the team in scoring with an average of 11.8 points per contest. He paced Monmouth in made field goals with 135 and triples with 74, notching 22 double-digit outings last year. 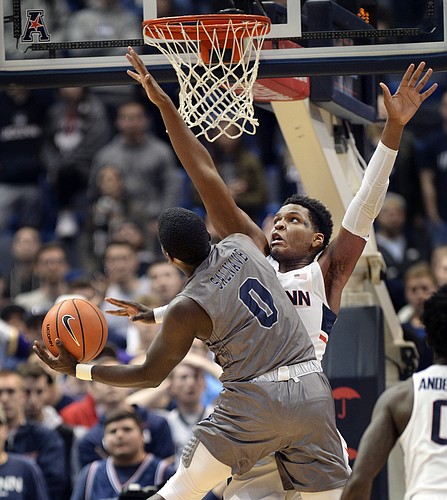 Salnave is the lone Hawk to score in double figures in all three games this season, including his sixth career 20-point performance at Kansas State.

Salnave led Monmouth in scoring at 11.9 points per game and topped the Hawks with 95 assists. Those numbers listed him 16th in the MAAC in scoring and 10th in assists. He was also 10th in the conference in steals.

In the loss to Kansas State, Salnave came off the bench for Monmouth to score 20 points. He went 7-for-10 from the floor. Salnave has come off the bench in all three games to start the 2019-20 season. 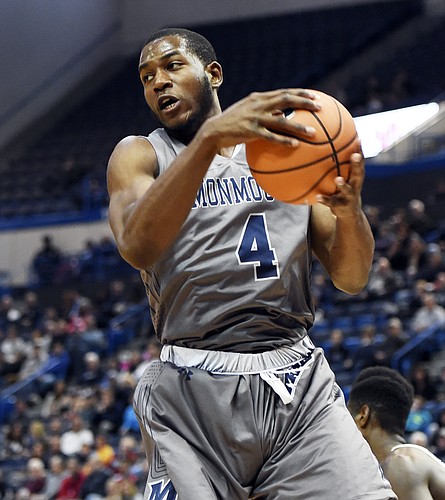 Monmouth's Mustapha Traore grabs a rebound in the second half of an NCAA college basketball game against Connecticut Saturday, Dec. 2, 2017, at the XL Center in Hartford, Conn. Connecticut won in OT, 84-81. (AP Photo/Stephen Dunn) by Associated Press

Traore has started 38 consecutive games for Monmouth, including all 35 games as a junior last year.

In fact, Traore was the only Hawk to start all 35 contests last season. Traore finished second on MU in rebounding (5.3) and fourth in scoring (7.4). He also had the best field goal percentage on the team (50.7%) as a junior. 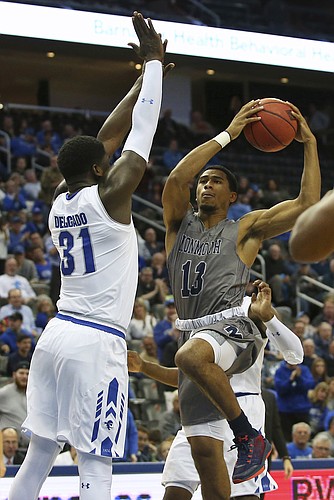 Through three games, McClary is averaging just 4.3 points per game this season.

He showed the ability to produce on the offensive end during the MAAC Tournament last spring, when he averaged 8.5 points per game. McClary played in all 35 games as a sophomore, starting 29.

The Hawks are coached by King Rice, who is 132-135 in his ninth season at Monmouth and ninth season overall. Monmouth was picked to finish fourth in the MAAC by the league’s head coaches.

Kansas is favored by 26.5 points over Monmouth in most sportsbooks as of Friday morning. Monmouth is ranked No. 247 by KenPom, while KU is No. 10 overall. This game should not be close, despite what the Hawks just did a few days ago in Manhattan. That being said, I can’t lay that many points when KU is still trying to figure out its best lineup combination.