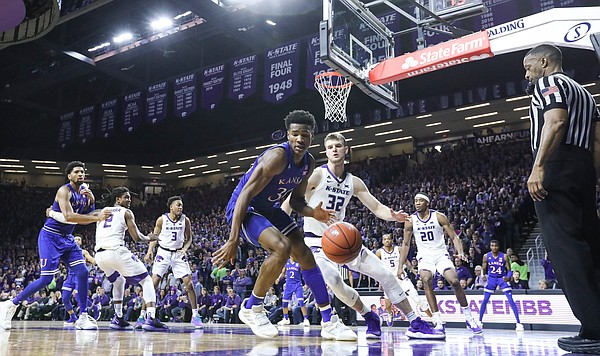 Before last weekend, Kansas coach Bill Self said Saturday’s road game against Texas Tech was the biggest game of the season. But he admitted that would be until Monday’s rivalry clash with Kansas State just 48 hours later.

After being demolished by the Red Raiders, the game has become even more important for the Jayhawks (20-7, 9-5 Big 12) in regards to the conference race. A loss to Big 12 leader Kansas State (21-6, 11-3 Big 12) would bury Kansas in its quest for a 15th consecutive regular season conference title.

Fortunately for the Jayhawks, they are undefeated at home this year with a 15-0 clip. Kansas is also 90-12 following a loss in the Bill Self era, including 5-1 this season. The Wildcats won the first meeting between these two teams by a 74-67 margin.

Series history: KU leads the overall series with Kansas State, 196-94, including an 89-35 record in meetings in Lawrence (48-18 in Allen Fieldhouse). KU has won eight of the last nine meetings with K-State. 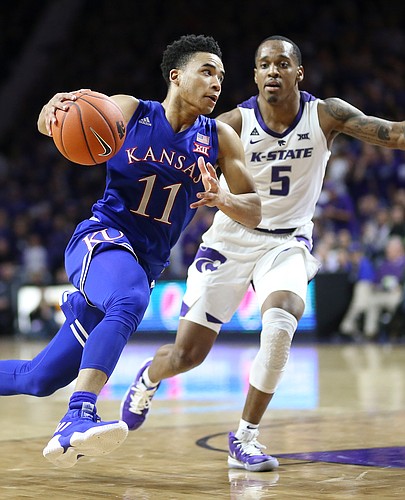 It is worth noting that Dean Wade was listed in this slot ahead of the first meeting between two in-state schools.

That’s how good Brown has been this season, and he’s made a serious push to be considered for Big 12 Player of the Year. Brown leads Kansas State in scoring at 15.7 points per game, which is fourth in the Big 12. Brown paces the conference in steals at 2.0 and is third in minutes played at 34.6 per contest.

In addition, Brown was named one of 10 semifinalists for the 2019 Naismith Defensive Player of the Year Award presented by Bona on Feb. 21. 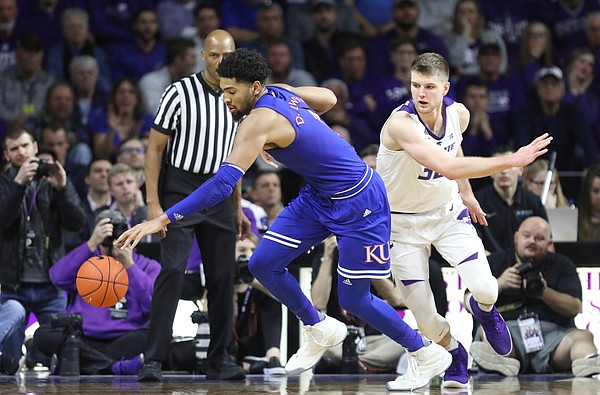 Make no mistake, though, K-State is a different team with the Big 12 Preseason Player of the Year on the floor.

This season, Wade is second in scoring at 13.1 points and he leads the team with 6.3 rebounds per contest. 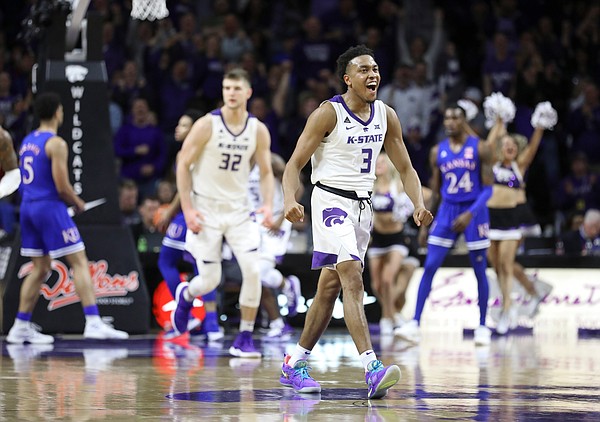 Kansas State guard Kamau Stokes (3) reacts after a three pointer by the Wildcats late in the second half, Tuesday, Feb. 5, 2019 at Bramlage Coliseum. by Nick Krug

The senior knows how to get his teammates involved, as he is eighth in the Big 12 in assists at 3.3 dimes per game. He has scored in double figures in 14 of the last 24 games after starting the season with just 8 points in the first two games. 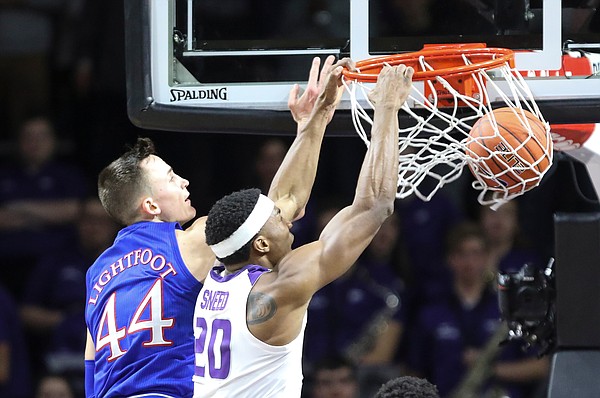 Kansas State forward Xavier Sneed (20) gets in for a dunk past Kansas forward Mitch Lightfoot (44) during the first half, Tuesday, Feb. 5, 2019 at Bramlage Coliseum. by Nick Krug

In his junior campaign, Sneed is scoring 10.4 points per game and he is second on the team with an average of 5.5 rebounds per game. He is also second among the Wildcats with 42 3-pointers made.

ONE THING KANSAS STATE DOES WELL

Just like Texas Tech, Kansas State is considered an elite defense by nearly every statistical measure. According to KenPom.com, the Wildcats boast the seventh-best adjusted defensive efficiency (88.7) in all of college basketball.

Kansas State is not a good shooting team, and it takes a high number of mid-range jumpers as well. The Wildcats are shooting 34 percent from long range, which is 189th in the nation. They are 66.1 percent from the free throw line, good for 315th in all of college basketball.

I’ve made the mistake of lumping previous KU teams with this one when picking these must-win situations. I’m not falling back on that logic this time around, but I am admitting that Kansas is a different team at home. For that reason alone, I feel confident that the Jayhawks will win and cover the 3.5-point spread.