Getting to know: Milwaukee basketball 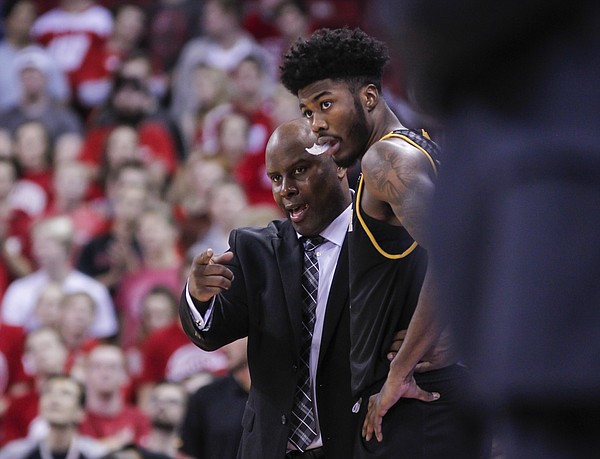 No. 2 Kansas shouldn’t have much of a problem winning its eighth consecutive game.

After leading every second of a 72-58 win over Colorado this past weekend, KU will now turn its attention to Milwaukee for its final game in Allen Fieldhouse this decade. Milwaukee is 5-4 on the season after its 56-53 loss at Drake on Dec. 3. The Panthers actually started the season with a 4-1 clip.

Milwaukee is ranked No. 237 on KenPom, which also gives the hosts a 99% chance of winning. It marks the highest winning percentage for the Jayhawks against a DI program this year. KU is projected to win by a 81-57 margin via KenPom.

Tipoff is slated for 7 p.m. Tuesday.

After a season sitting out due to NCAA transfer regulations, Lucas has hit the ground running for the Panthers.

He put together a great MKE debut in the opener against Concordia Wisconsin on Nov. 5, leading the way with a career-high 19 points. This season, he leads the team with 15 points per game to go along with 36 assists and 15 steals.

Lucas, who did not play against Drake last time out, has scored in double figures in all but two games. According to KenPom, Lucas has an assist rate of 22.8% so far this season. Prior to his time at Milwaukee, Lucas spent two years with Illinois and started 34 of his 60 games. 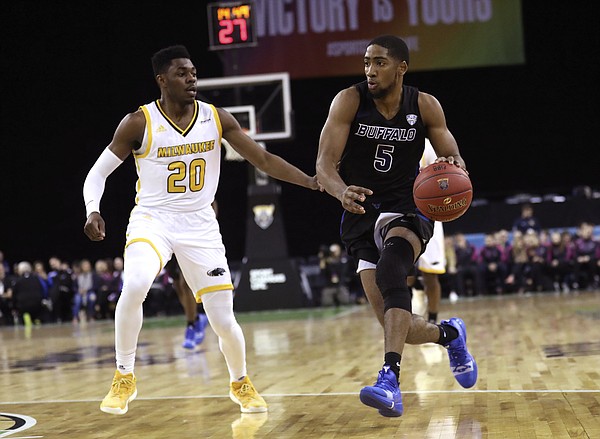 Buffalo's CJ Massinburg, right, drives to the basket against Milwaukee's Darius Roy during the first half of an NCAA college basketball game between the Buffalo Bulls and the Milwaukee Panthers, Friday, Nov. 30, 2018, in Belfast. (AP Photo/Peter Morrison) by Associated Press

In his senior season, Roy is averaging 13.9 points and 4.4 rebounds per contest.

Roy made quite the season debut against Western Michigan on Nov. 9, pouring in a career-high 29 points to edge out his former best of 27 against LIU Brooklyn last year. He added eight rebounds, five assists and two steals in a program-record 52 minutes on the court.

This came after Roy had an impressive first season in a Milwaukee uniform last year. He made 28 starts in 29 games, averaging a team-high 15.8 points per game to finish eighth in the Horizon League in scoring. 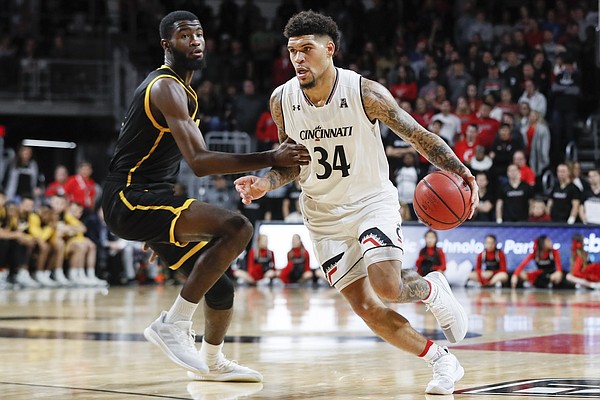 As one of three starters averaging in double figures, Abram is producing 10.8 points per outing.

Abram entered the 2019-20 season as one of just five returning Horizon League players to rank in the Top 20 in both points and rebounds a year ago. Abram averaged 12.1 points (19th in the conference) and 6.9 rebounds (fifth in the league) while also recording a team-best six double-doubles.

So far this season, Abram has scored in double figures in all but three games. He has also registered at least four rebounds in all but two contests.

The Panthers are coached by Pat Baldwin who is 30-43 in his third season as a head coach.

ONE THING MILWAUKEE IS GOOD AT

Opposing teams have turned the ball over against the Panthers this season. Milwaukee is forcing a non-steal turnover rate of 15.3%, which is the best such clip by any team in the nation.

ONE THING MILWAUKEE IS BAD AT

Milwaukee is shooting just 43.4% on two-point shots this year, a number that is 310th in all of college basketball. The Panthers’ effective field goal rate of 45.4% is 284th in the country.

Kansas is a 26-point favorite on OddsShark as of Tuesday morning. That big of a number normally scares me, but I think Kansas can win this thing by 30. KU’s defense has been stellar to start the season, and Milwaukee struggles to score inside. As a result, I’m going to lay the big number.

Never take an opponent lightly. Duke was projected to beat Stephen F Austin by 25 - 30 pts at Cameron Indoor Arena, and lost. If the Hawks take care of the ball, defend as well as they have been, and don’t let up when they get a lead, they should win handily.