Posts tagged with Rookie Of The Month

All hail the king (of West rookies) 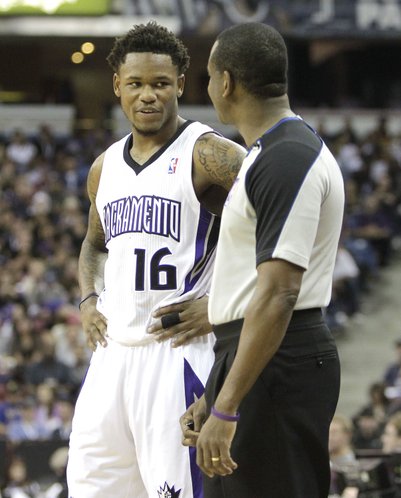 Six teams passed on rookie Ben McLemore in the 2013 NBA Draft, but the 20-year-old rookie from Kansas is proving he can play at the next level just 16 games into his first season.

On Tuesday, the NBA named McLemore its Western Conference Rookie of the Month for games played in October and November.

As pointed out in the NBA's official release, the No. 7 pick in the 2013 draft led the West in scoring at 9.1 points, and among rookies, McLemore tied for the league lead with 21 three-pointers.

Here are some of the games that nabbed McLemore the honor:

McLeomore commented on the award before the Kings nearly knocked off Oklahoma City, in a 97-95 loss Tuesday night. Check out the blurb over at CowbellKingdom.com.

On the court, McLemore showed off his speed and nightly high-flying act against the Thunder.

Check out all the youtube highlights from his 14-point, three-assist outing after becoming rookie of the month.

Even bigger in McLemore's development is his defense. The Sacramento Bee's Jason Jones wrote about the rookie tackling a defensive assignment few would jump at: checking the Thunder's Russell Westbrook.

The Thunder superstar only made seven of his 19 field-goal attempts, thanks in part to McLemore's D.

What happened to Pierce? 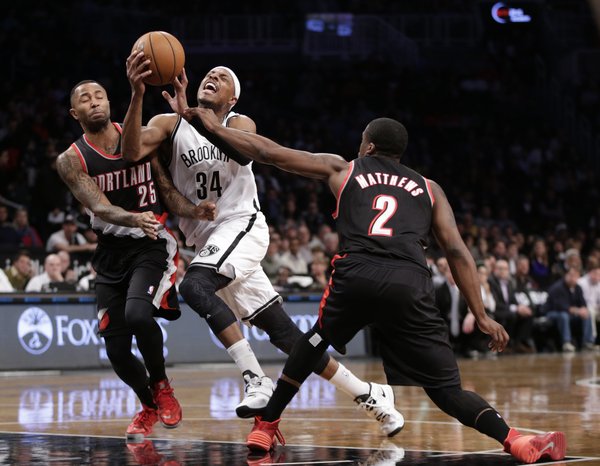 Brooklyn Nets forward Paul Pierce (34) reacts as he is sandwiched between Portland Trail Blazers point guard Mo Williams (25) and Trail Blazers guard Wesley Matthews (2) while driving toward the basket in the first half of their their NBA basketball game at the Barclays Center, Monday, Nov. 18, 2013, in Brooklyn. (AP Photo/Kathy Willens)

No one is questioning the legitimacy of the injury, but there is a little mystery surrounding how exactly former Boston Celtics great and current Brooklyn Nets, umm ... former Celtics great Paul Pierce broke a bone in his right hand, an injury expected to sideline the 6-foot-7 forward for two to four weeks.

If there is any good news in this for Pierce and the struggling Brooklyn Nets (5-13) it's that the Eastern Conference is atrocious. 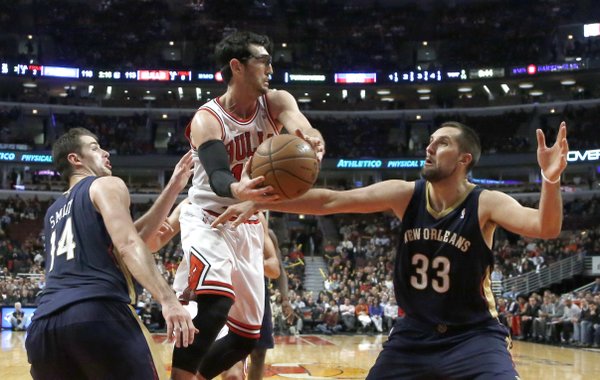 It took 48 minutes and three overtime sessions to determine a winner between Chicago and New Orleans. By the time Ryan Anderson's 37 points helped the Pelicans win, 131-128, four players had logged 50-plus minutes, including Bulls guard Kirk Hinrich (53). (Fellow 'Hawk in the NBA Jeff Withey, a backup center for New Orleans, played just over four minutes.)

Hinrich scored 13 points, dished 11 assists and grabbed six boards in the loss, but the 32-year-old is no stranger to such marathons. In fact, Hinrich last went 50-plus minutes in the 2013 playoffs.

This week's game nearly matched Hinrich's career high (54 minutes in 2004) for minutes played in a regular-season game. Including the playoff game this past spring, Hinrich has endured three 50-minute games this calendar year. Ice those knees, man.

Don't forget to keep tabs on all your favorite 'Hawks in the NBA with KUsports.com's daily stat recaps.