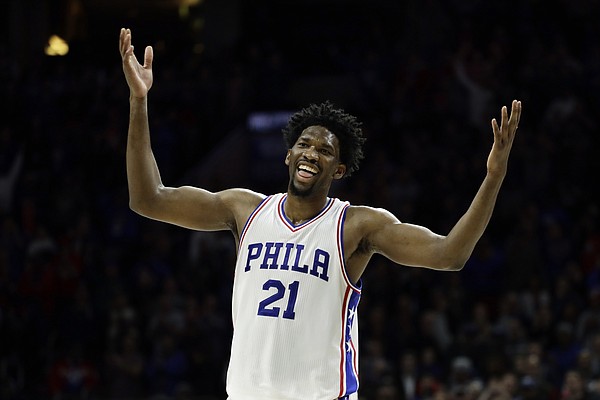 If you ever wondered what former Kansas big man Joel Embiid would look like in George R. R. Martin’s fictional world of Westeros, you now have your answer — in cartoon form at least.

Finally, after four seasons worth of parodies, BleacherReport’s NBA-meets-“Game of Thrones” mash-up is trusting the process.

On the latest episode of “Game of Zones,” posted Thursday at BleacherReport.com, Embiid plays a central role as the popular online video series pokes fun at the Philadelphia 76ers’ run of tanking and selecting big man after big man near the top of the draft.

While Embiid missed most of his twice-delayed-by-a-year rookie season with more injury setbacks, he is expected to be back on the floor next season. If his ‘Game of Zones’ persona is true to life at all, some Shirley Temples should help speed up the 7-foot-2 prodigy’s latest recovery.

Embiid and the Sixers will find out at the league’s inaugural NBA Awards, on June 26, whether his 20.2 points, 7.8 rebounds and 2.1 assists in just 25.4 minutes a game (in only 31 games) was enough for him to win Rookie of the Year.

In the meantime, enjoy Embiid’s likeness in “Game of Zones.”

Game of Zones - S4:E6: 'The Process' by Bleacher Report

What a cool take off! Kansas fans will go crazy over Philly if they pick up Josh Jackson to go with a healthy Embiid.