We now arrive at the cream of the KU crop. You could argue where each of the following players would fall in the rankings, but these are the five most talented Jayhawks employed by the NBA right now. Remember, this isn’t a list of who’s best, though. We’re talking about which players you’re going to make a point to watch when you see their team is playing on TV (or on your tablet or phone or laptop). 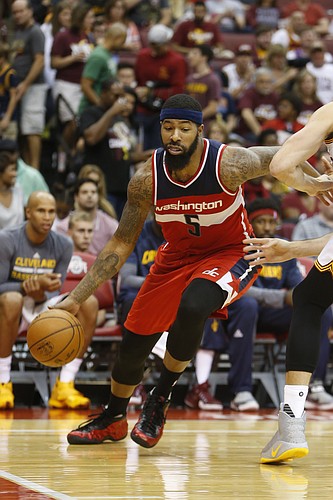 The starting power forward on a team expecting to make the Eastern Conference Playoffs, Markieff Morris seems poised for the best season of his NBA career.

Markieff (angrily) began 2015-16 playing for Phoenix, the organization that had just split him up from twin brother Marcus by trading his sibling away to Detroit. The Suns finally moved Markieff to Washington before the trade deadline this past February, but you got the sense he didn’t quite reach his full offensive capacity with the Wizards in the weeks that followed.

Upon arriving in D.C., Markieff certainly wasn’t bad. He averaged 12.4 points and 5.9 rebounds and shot 46.7% from the floor (far better than his 39.7% in Phoenix in the 37 games leading up to the move). But it’s easy to see him improving upon all his numbers during his upcoming sixth pro season. He’s not entering a team late in a campaign. The Wizards have a new player-friendly head coach in Scott Brooks. Markieff now has a better feel for playing with all-star point guard John Wall and should help the Wizards stretch the floor while center Marcin Gortat plays in the post.

Washington advanced in the playoffs two straight springs before taking a step backward and missing the postseason in 2016. If Markieff makes them better by maximizing his talents he will gain the sort of league-wide respect he has yet to attain. 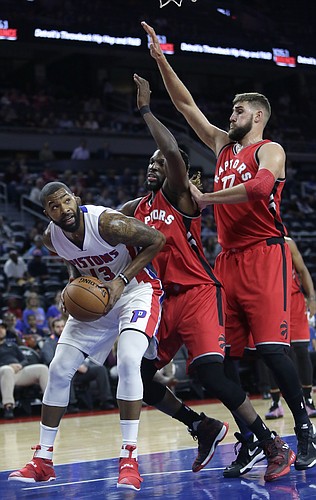 You never know how a season will play out, but as 2016-17 begins, it seems Detroit, the team Marcus Morris plays for, is considered more of a sure thing in the East than Washington, current home of his brother, Markieff.

The twins play similar complimentary roles for their respective franchises but Marcus, unlike his bro, enters his sixth year in the league on the heels of his most impressive season since the duo left Kansas. A reserve the vast majority of his time in Phoenix, Marcus became a starter with the Pistons and responded by producing the best numbers of his career: 14.1 points, 5.1 rebounds, 2.5 assists. He also shot 43.4% from the floor and made 108 3-pointers (36.2%).

Detroit point guard and leading scorer Reggie Jackson is out with an injury for a few weeks, so Detroit could start slowly, but some around the league think the Pistons could end up being one of the top three teams in the East not named Cleveland. Should Detroit pull that off, Morris’ role in that rise would be hard to ignore. 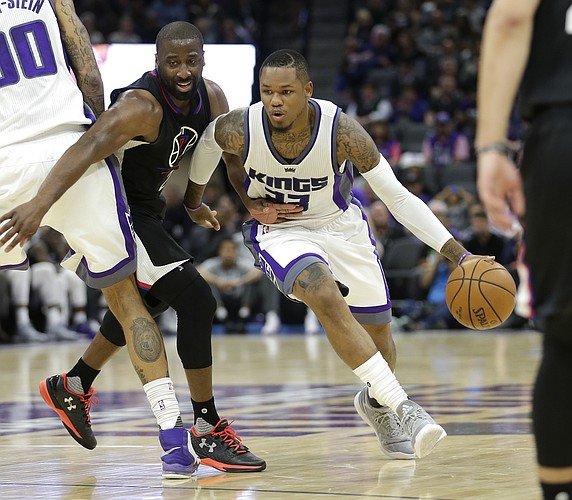 Both of the Morris twins are more accomplished in the NBA than Ben McLemore, but the fourth-year shooting guard is entering the most important season of his professional career.

McLemore’s name has come up in Sacramento trade rumors for the past year of so, and that’s a trend that figures to continue in the weeks and months ahead. The Kings, per usual, have a new head coach, Dave Joerger. Just how McLemore fits into Joerger’s plans remains to be seen.

Early signs indicate McLemore, who averaged a career-low 7.8 points in 2015-16, won’t start for Sacramento any more, with Arron Afflalo playing 2-guard on the first unit. Can McLemore thrive as scoring sixth man? Are the Kings just diminishing his role because they plan on trading him away at the first possible chance?

Once next July gets here, McLemore will be a restricted free agent — regardless of which team he suits up for to close the season. So now would be the ideal time to make a leap in production and 3-point shooting (34.6% for his career). Maybe a change in scenery would help him reach that untapped potential. 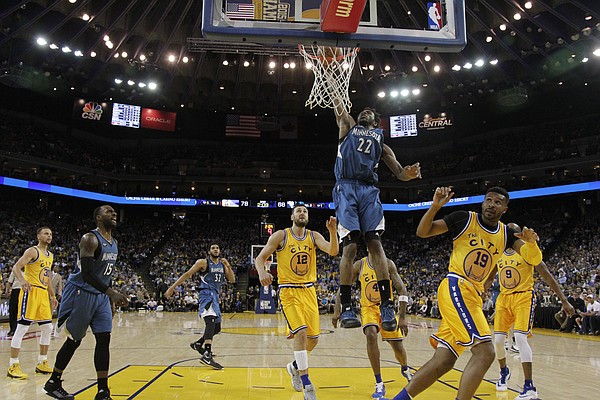 In his second season, Wiggins broke the 20-point barrier for his scoring average, putting up 20.7 a night, while complimenting future superstar big man Karl-Anthony Towns. We shouldn’t expect him to take that average to 25 this year or anything crazy. But you’d like to see him improve his shooting percentages: 48.6% on 2-pointers last year, and 30% from behind the 3-point line.

Assuming Wiggins can help those numbers out himself through shot selection and just natural improvement through development — the man hasn’t even turned 22 yet — he’s going to become a more dangerous offensive player in Year 3.

Even more fascinating, though, will be the impact new T’wolves head coach Tom Thibodeau has on Wiggins. A defensive guru, Thibodeau could transform the 6-foot-8, high-flying forward into a monster on defense. And the more stops Wiggins and company get on that end, the more chances Minnesota will have to get out in the open floor and finish fast breaks with Wiggins jams. 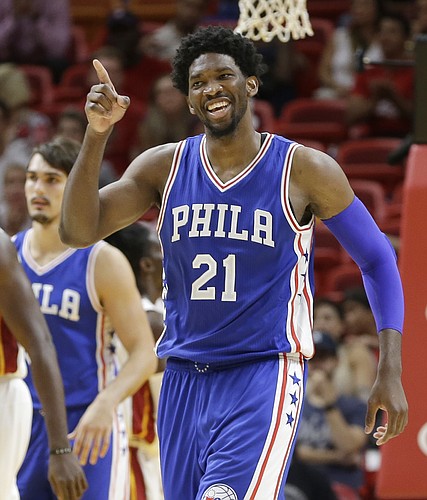 Philadelphia 76ers center Joel Embiid celebrates after scoring against the Miami Heat during the second half of an NBA preseason basketball game, Friday, Oct. 21, 2016, in Miami. (AP Photo/Alan Diaz)

Forget the qualification of Jayhawks in the league. Rookie center Joel Embiid is one of the most intriguing players in the NBA this season. Period. But you probably knew that before you clicked on this post.

For the love of all things basketball, injuries have deprived us all of watching Embiid’s crazy array of post moves and deft touch for more than two years. We’ve seen glimpses already in the preseason of the promise the big man from Cameroon showed in his abbreviated one-and-done season at Kansas.

Even though Philadelphia has limited Embiid’s minutes early on to make sure his foot problems don’t resurface, the early results have been spectacular.

He’s 7-foot-2. He can handle the ball. He can knock down jumpers. He can protect the rim. He has moves in the post to score over his defender. The potential for Embiid seems limitless. Then again, he should’ve been a rookie two years ago but his body didn’t allow it.

Can Embiid make it through a full season without suffering another major injury setback? If he does, his overall game and confidence will only skyrocket.

The coming months will determine where the Embiid story goes next. If he stays relatively healthy, he has as legit a shot as anyone at winning Rookie of the Year. And the seasons to come just might include all-star appearances, all-NBA teams and carrying a declining franchise back to its former glory.

Embiid looked pretty good in his regular season debut. 20 points, 7 rebounds, a few blocks, over 80% from the FT line, and he only played 22 minutes.

Who would have thought his first professional basket would be a three...

The 76er fans absolutely love Joel. They need some hope after losing 199 games in the past three seasons. They cheered every rebound and missed shot, including his first official attempt in the NBA, a near missed three pointer. To bad the Sixers and Joel failed to make the plays at the end of the game to win; however, Joel was anointed the go to guy at the end of last night's game. Hopefully more 76er games will be broadcast nationally and that last night's was not the only one.