Since leaving Kansas a year early in 1998 to enter the NBA Draft, Paul Pierce has put together quite the storied career.

But after 18 seasons worth of dagger jumpers, drives to the paint, and-ones, three-pointers and free throws, there is a chance we might have seen the last of Pierce in the NBA.

After Pierce’s postseason with the Los Angeles Clippers came to a close in the first round, “The Truth” told reporters he was “50-50” on whether he should retire or run it back for one more season. 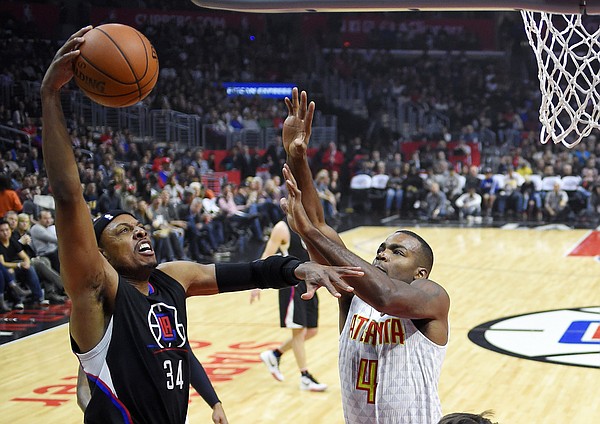 Pierce, who will turn 39 during training camp in October if he does decide to return, said in a story on the Clippers’ website he wants to take his time and avoid making an “emotional” decision on his future as a player.

“If I don’t feel that feel, that fire’s not there, then it’s going to be tough,” Pierce said of returning for the second year of his three-season deal with the Clippers.

This offseason contemplation, of course, isn’t new to Pierce, who was a free agent each of the past two summers, during which he decided on returning — first signing in 2014 with Washington, then signing last year with L.A., near his hometown of Inglewood.

As any hall of fame athlete would tell you, though, that fire can’t combat the effects of time. It is up to each individual how he wants to play out the final years of his career.

Pierce, unlike Kobe Bryant, for example, clearly doesn’t mind taking on a minor role as his legs gradually lose that bounce that made him such a dangerous scorer in his heyday with Boston. The 6-foot-7 small forward has served as a complimentary veteran with Brooklyn, the Wizards and Clippers over the past three seasons.

Still, his numbers have steadily declined in that time, as well:

However, if the old man thinks he still has more buckets in him, don’t be surprised to see him back in L.A., chipping in when coach Doc Rivers needs him.

The whole wild card in this decision, though, might be the Clippers’ ability to contend for an NBA title. At this point in his career, that’s what’s keeping Pierce around. If the Clippers shake up their core of Chris Paul, Blake Griffin and DeAndre Jordan this summer, and the roster doesn’t look like it stacks up in the Western Conference, it would be difficult to see Pierce wanting to stick around.

Now, in that scenario, if Pierce wanted to keep playing — just not with L.A. — the good news for him is his relationship with Rivers, president of the Clippers, would likely secure him an affable departure and some sort of transaction that would land him with a title contender elsewhere.

Look out in the days and weeks — possibly months — ahead for Pierce’s decision.

Sad to see an era come to a close on the hardwood floor. A great representative of Kansas