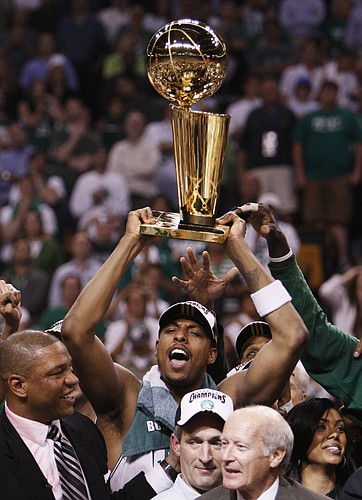 In the annals of momentous NBA feats, nothing stands out quite like winning The Finals. Hoisting that Larry O’Brien NBA Championship Trophy sets the all-time greats apart from their contemporaries, many of those who came before them and even players in the future.

Few professional basketball players can call themselves NBA champions, and fewer still can claim the title of Finals MVP. Michael Jordan earned that label six times in the 1990s to give him the most all-time (the award didn’t become official until 1969 — sorry, Bill Russell).

But did you know no college basketball program has produced more Finals MVPs than Kansas?

The NBA’s history account tweeted out that nugget Friday morning.

What is the only college to produce 3 Finals MVPs? #FinalsTrivia

Many on Twitter guessed North Carolina or UCLA were the only program to turn out three different Finals MVPs. (Check out the replies on the above Tweet for some entertaining answers.) 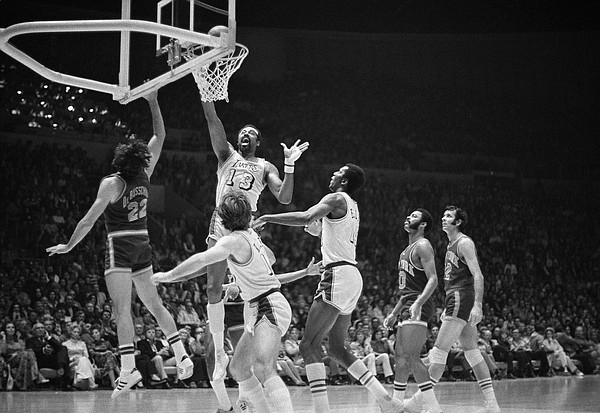 “Wilt the Stilt” won his second NBA championship in 1972, having led the Philadelphia 76ers to the promised land in 1967, before the Finals MVP award existed. 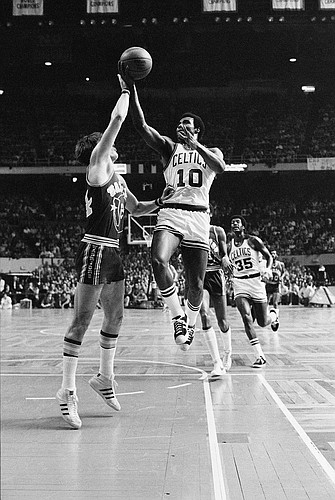 White, a two-time NBA champion with Boston, picked up his Finals MVP honor in his second title run. 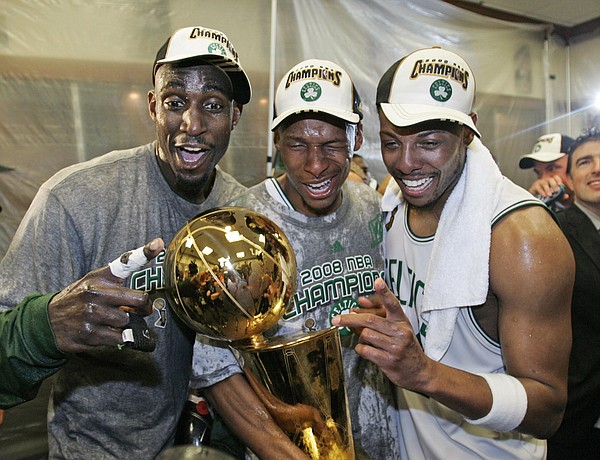 Teaming with Kevin Garnett and Ray Allen in Boston for the first time that season, Pierce won his only championship to date in 2008.

The 6-foot-7 small forward averaged 19.7 points, 5.0 rebounds, 4.6 assists and 1.1 steals during the Celtics’ 2008 playoff run. Boston beat the Lakers in six games to win it all, capped by a 17-point/10-assist outing from Pierce that sealed it for the Celtics. “The Truth” averaged 21.8 points in those Finals, made 11 of 28 3-pointers and proved to be a critical play-maker, too, dishing out 6.3 assists per game.

If Pierce decides against retiring this offseason and returns for 2015-16, he could get back to The Finals for the first time since 2010.

But will Kansas be able to add to its list of Finals MVP-winners any time soon? Probably not. If any current Jayhawks in the NBA have a shot at one way down the road, it would be either Andrew Wiggins or Joel Embiid.

You can safely rule out Brandon Rush in these 2015 NBA Finals, as he’s yet to suit up against the Cavs.

Isn't it more appropriate to say that 3 NBA Final MVP's played their college ball at KU? These 3 excellent players did not join our program as unskilled unknown players. We can't really say that after spending time here they were turned into superior talents destined for greatness because of KU right? Sure they developed here, but it was not some supernatural process of transformation.

I know the water in the Kaw is magical it appears for some reason, it has to be for all the self hype here recently. But they played here, they were not created here.

This comment is totally ridiculous. I cannot imagine anyone would think that a player who won the NBA Final's MVP entered any college program as an unskilled unknown player and that the coach from any specific program turned those players into the superior talents they became.

The article is simply recognizing the fact that KU has "produced"/"honed"/developed the skills of three of the NBA Finals MVP's. I don't understand the negativity. Additionally, it is obvious that Self did not coach these guys, so I do not understand the comment about Self relative to this post.

Got a couple of winners here...Brett I understand he is well Brett, a fool on a fools errand, Beate sounds equally brilliant. SMH.

Ok Einsteins why say produce instead of played? Simple it is an over hyped statement playing to the overly eager salivating yahoos who love this kind of dribble. As my simple clarification flies so far over both of you card holding Mensa members heads this might not register with you.

Beate you clearly are easily confused by the media hype machine. We did not produce these players. They played here. Why can't it just say that? Cause folks love to pat themselves on the back for things they didn't have that much of a part of doing. It's silly.

Brett you are actually disproving the point you are trying make. Happens a lot with you when you try to act smart. To believe produce is the same as played makes me wonder who actually has the comprehension issue here.

You meant "this kind of drivel", not dribble, Einstein.

Self hype? Did you notice it was the NBA that put out the information?

But you just comment about KU. You were not educated at KU.

Glad Jo Jo White finally made it into the Basketball Hall of Fame. Hopefully it won't take Paul Pierce 34 years. 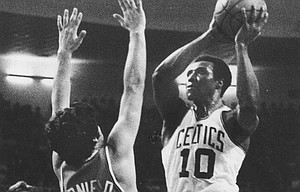