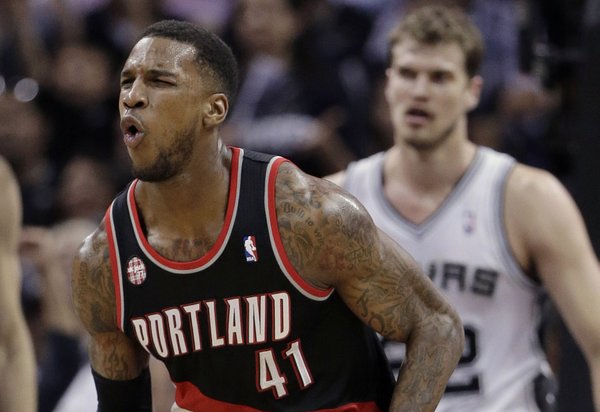 Portland Trail Blazers' Thomas Robinson (41) reacts after he was called for a foul against San Antonio Spurs' Tiago Splitter, right, of Brazil, during the second half of Game 2 of a Western Conference semifinal NBA basketball playoff series, Thursday, May 8, 2014, in San Antonio. San Antonio won 114-97. (AP Photo/Eric Gay)

You think Thomas Robinson looks upset in the above photo from Portland's 114-97 Game 2 loss at San Antonio Thursday night?

If only cameras had been in the locker room before the game.

That's when Robinson ran into something far scarier than Tim Duncan. He saw a snake in his locker-room stall.

Joel Odom of The Oregonian got the details from Robinson himself.

"It took a couple minutes for everybody to believe me. 'There’s a snake in my locker.' But everybody thought I was playing, until they came over and looked for ourselves. And then he told us to get away from it, it was a rattlesnake. "

"I screamed, jumped, yelled, all that."

His teammate, Mo Williams, seemed braver than the other Blazers in the locker room at the time. He posted a photo of the rattler to Instagram.

Reporters asked Robinson after the fact what the snake looked like, and he had the perfect description:

Robinson went on to score two points and grab two rebounds in 14 minutes after the pre-game scare. Portland, down 2-0 in the series, plays host to San Antonio on Saturday (9:30 p.m., ESPN).

Chalmers a steady component for Miami 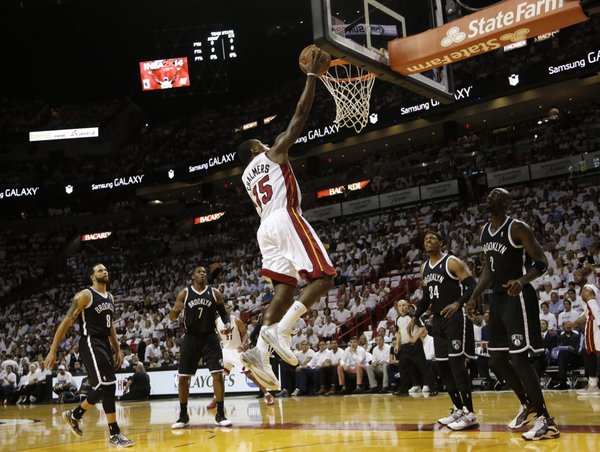 In the Jayhawk vs. Jayhawk Eastern Conference semifinals — also known as Brooklyn vs. Miami — Mario Chalmers' Heat put Paul Pierce's Nets in a 2-0 hole Thursday with a 94-82 victory.

Though Chalmers (11 points, 5 assists) was outscored by Pierce (13 points, 4 rebounds, 2 assists), Miami's sixth-year guard has to be feeling better about his team's chances of moving on to the conference finals — especially with LeBron James, Dwyane Wade and Chris Bosh on his side.

Chalmers doesn't have the name power of the Heat's Big Three, but he has been in the starting lineup in every game he's played during the previous three regular seasons for the back-to-back NBA champions.

Shandel Richardson of the Sun Sentinel wrote about Chalmers' consistency following Game 2 of the series. His biggest accomplishment in this one might have been his role in holding Nets guard Deron Williams scoreless (0-for-9 in 37 minutes).

"I just provide all I can for my teammates. My main focus this year was just being a consistent player. I think I've done a pretty good job with that. My teammates trusted me. The coaching staff trusted in me."

Bosh said the Heat need Chalmers in that role, and appreciate what he brings.

"When Rio is playing well, we're tough to beat. He's just that fourth or fifth guy who you can't leave. When he's controlling his tempo, doing his job, making open shots, it's really all uphill for us." 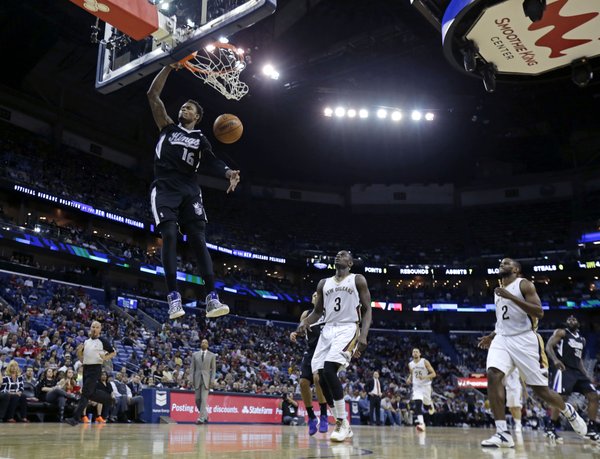 The 2014 NBA Playoffs are in full effect as eight of the league's 30 teams still have dreams of hoisting the Larry O'Brien Trophy come June.

For most of the league, though, it's already summertime.

Trying to reach the playoffs himself one day, Sacramento shooting guard Ben McLemore hasn't stopped working on his game while returning to Lawrence, where he played one season for Kansas.

But he's also in town to get in some off-court work, toward completing his degree.

McLemore, drafted seventh by the Kings last summer, didn't receive any votes for the NBA's Rookie of the Year award, won by Philadelphia's Michael Carter-Williams, the 11th overall pick in 2013.

“I think Ben had a very common rookie year. His performance is something we see a lot from guys like him. I think we saw it early on and he stepped up quickly and played well, hit somewhat of a wall and now you see later on he’s getting there. If you took the beginning and end of this season and put them together, you’d look at him and go, ‘Hey, those are pretty decent looking numbers.’ I think it’s common when you have a young guy who’s played a year of college and steps into that starting position. It’s a lot to ask. We have three high-scoring pieces on a team. How do you step up and be that fourth guy? It’s tough."

To D'Alessandro's point, McLemore's numbers fluctuated throughout his first year:

The rookie's confidence began growing late in the season, after Sacramento traded away Marcus Thornton, and re-inserted McLemore into the starting lineup.

D'Alessandro, it seems from the Q & A, remains impressed with McLemore — even if he didn't have the kind of rookie year Carter-Williams or Orlando's Victor Oladipo (the No. 2 overall pick) did.

“I’ve said this from the beginning of the year, the guy works like no other young guy works. He and Ray (McCallum, another 2013-14 rookie) together, I really give them a lot of credit for their work ethic. If you have talent, athleticism, and that work ethic – which he does – I think it’s a recipe for success. I really look forward to what has yet to come for him. I’ve been very happy with Ben. I’ve said it all year long, and I stand by it.”

Clearly that work ethic is already being put to use. In a quote from CowbellKingdom.com, the young guard described how the 82-game grind of his first NBA season shaped his plan of attack going forward.

“Just coming in the league, I’ve seen so much playing against these different type of caliber guys every night, just seeing what I need to work on. It definitely helped me (realize), ‘Ok, I need to work on this, this summer.’” 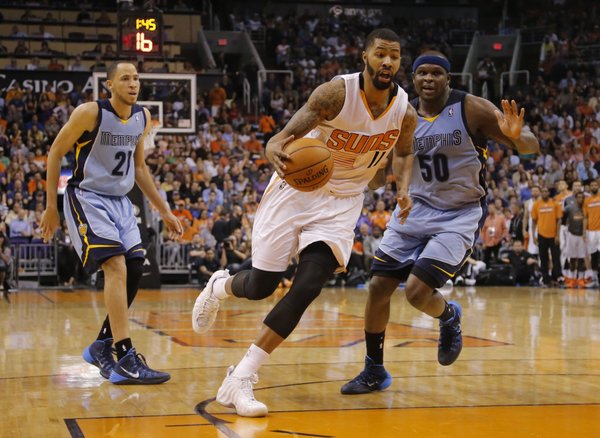 Once the NBA announced Los Angeles Clippers gaurd Jamal Crawford as the 2013-14 Sixth Man of the Year, it didn't take long for someone to pose the question: Why not Markieff Morris?

That someone was Paul Coro of The Arizona Republic, who covers the Phoenix Suns and used his ballot to vote Morris as the league's top reserve.

Coro's case against Crawford stems from the fact he started 24 games for the Clippers in the regular season, and the Suns beat writer said Morris or Chicago's Taj Gibson were more deserving.