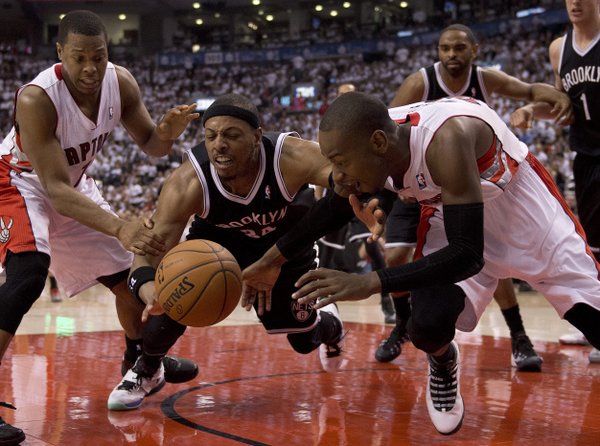 Less than two weeks ago, Paul Pierce opened the NBA Playoffs by taking over in the final minutes of a Brooklyn road win at Toronto.

Fast-forward to Wednesday's Game 5 at Toronto, and Pierce sat on the bench the entire fourth quarter of a furious Nets rally that ultimately ended with the Raptors winning, 115-113, to take a 3-2 lead in the best-of-seven series.

The Nets trailed 91-69 after three quarters, and as Toronto's lead began disappearing, 16-year NBA veteran Pierce, the team's third-leading scorer in the playoffs (14.4 points, 4.2 rebounds, 2.6 assists, 48.1% shooting, 29.2% on 3-pointers), never checked in for coach Jason Kidd. The veteran whom the Nets presumably brought to Brooklyn for this exact scenario had nothing to do with the game's outcome. He finished with 10 points, and went 3-for-5 from the floor in 24 minutes.

"It's about the team, not about two guys."

Mitch Lawrence of the NY Daily News wrote a piece on the loss that put Brooklyn on the verge of elimination, too, and said that Pierce handled his coach's decision well.

This spring was supposed to be different, with Kevin Garnett and Paul Pierce brought in more for their veteran leadership and toughness than their production in the playoffs. But in the fourth quarter of Game 5, Jason Kidd left the two old Celtics on the bench for all 12 minutes. They had given him next to nothing up to that point as the Nets were almost blown out by halftime.

Strange as it had to have been, Pierce took on his role of cheerleader enthusiastically.

The veteran, it appears, also remains optimistic about his role with the team and Brooklyn's ability to survive in the postseason.

“I think we’ll play better on Friday at home and we’ll see them back [at Toronto] Sunday.”

For what it's worth, both Paul Pierce and Deron seemed convinced they can win next two vs. #Raptors to take the series.

Hinrich's season ends in first round 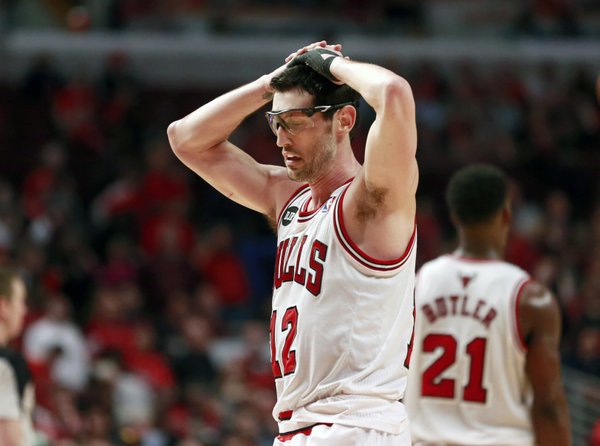 Chicago Bulls guard Kirk Hinrich puts his hands on his head after fouling out of Game 5 in an opening-round NBA basketball playoff series against the Washington Wizards, Tuesday, April 29, 2014, in Chicago. The Wizards won 75-69. (AP Photo/Charles Rex Arbogast)

The way Chicago played the last few months of the regular season, many expected the Bulls to make a bit of a run in the playoffs — perhaps even earning an appearance in the Eastern Conference Finals.

However, the young, up-and-coming Washington Wizards bounced the hard-nosed, grind-it-out Bulls from the playoffs by winning the first-round series, 4-1.

Veteran guard Kirk Hinrich, who just completed his 11th season in the NBA, scored 16 points, made 6 of 11 field goals and drained 4 of 5 3-pointers in what proved to be the final game of Chicago's season on Tuesday. 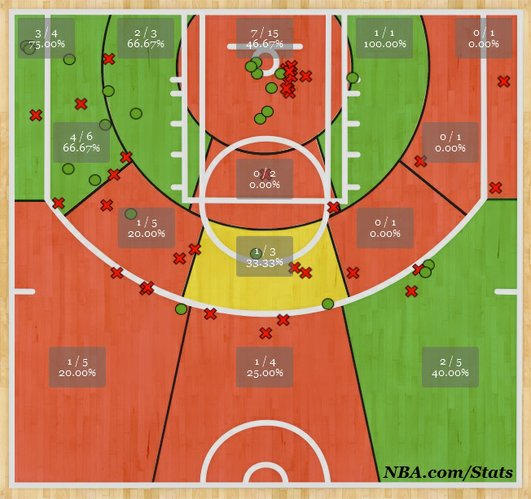 Next up for Hinrich, instead of a conference semifinals series, is the summer, and free agency. The Chicago Tribune's K.C. Johnson reported that Bulls general manager Gar Forman (not to be confused with Abe Froman, the sausage king of Chicago) said re-signing Hinrich is one of the organization's offseason goals.

And Hinrich has stated on more than one occasion that he would prefer to stay with Chicago, where he has spent nine of his seasons.

"I grew up a Bull in this league and I'll always think of myself as a Chicago Bull no matter what happens."

Kirk Hinrich on Bulls' playoff exit: "They all hurt the same" by Chicago Sun-Times