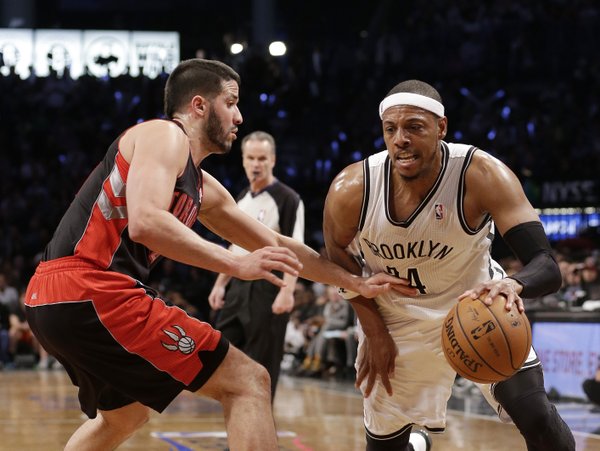 He may not be flashy, his offense might not always be pretty, but it's hard to argue with results. Enjoying the most productive postseason among 'Hawks in the NBA, Paul Pierce, at 36, is still the best former Kansas player in the league.

A little more than a week into the NBA Playoffs, none of the other former Jayhawks chasing an NBA title have played as big a role for their team as Pierce has for Brooklyn.

Here's a look at the playoff averages for the six former Jayhawks in the hunt:

The cagy head fakes and moves that kept Pierce's offense flowing all evening weren't enough for a Nets victory, though. The Raptors won, 87-79, because Pierce's layup with 6:12 to go was Brooklyn's last field goal of the game.

As Rod Boone wrote for Newsday, the Nets missed their last six shots and went turnover-crazy. Pierce knew they only had themselves to blame:

"I think a lot of it was on us, our execution, our turnovers. A combination of our turnovers and our lack of execution really did us in."

With his team now tied with Toronto, 2-2, in the best-of-seven series, Pierce told Stefan Bondy of the New York Daily News the Nets are capable of far better.

“You get in a playoff situation, one guy or two to three guys want to do it on their own instead of just running the offense, executing. I think we got caught up into that. When we learn our plays, we’ve got movement, we seem to score most of the time, but I just think we got out of our offense and that can’t happen in the playoffs. It’s got to come down to execution. You can’t have turnovers, especially in the fourth quarter.”

Unfortunately for the players and coaches around the league, there was more to discuss than the playoffs this weekend. A veteran leader on and off the court, Pierce also spoke about the alleged racist comments made by Los Angeles Clippers owner Donald Sterling.

Paul Pierce on Donald Sterling: "There's no place in the game for things like this, for owners like this." 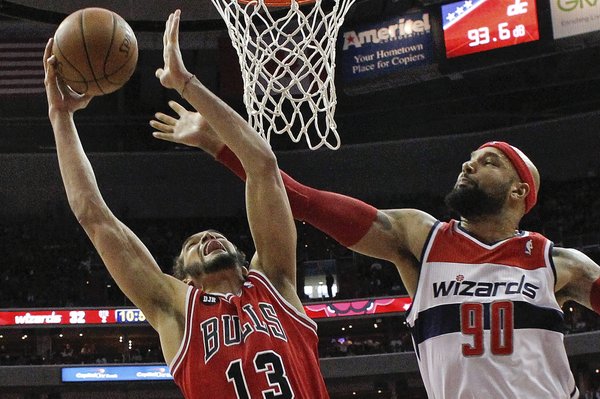 It didn't translate into much production — two points, two rebounds — but Washington won, 98-89, to put the No. 4 seed Bulls in a 3-1 hole, and on the brink of elimination.

Still, Gooden had some wise words to share with Michael Lee of the Washington Post, regarding Game 5, Tuesday at Chicago (7 p.m., TNT).

“It’s an old saying: ‘Once satisfied, all forward progress ceases.’ So we don’t want to come in here satisfied with just three wins. We want to go in there and go for the jugular."

That wasn't the 12th-year pro's only line.

Drew Gooden: "We have a wounded animal right now & we want to kill it...I don’t want to offend any of the PETA people out there." #wizards

None by Michael Lee

Always entertaining, Gooden couldn't let himself off too easy for his stat line, either. 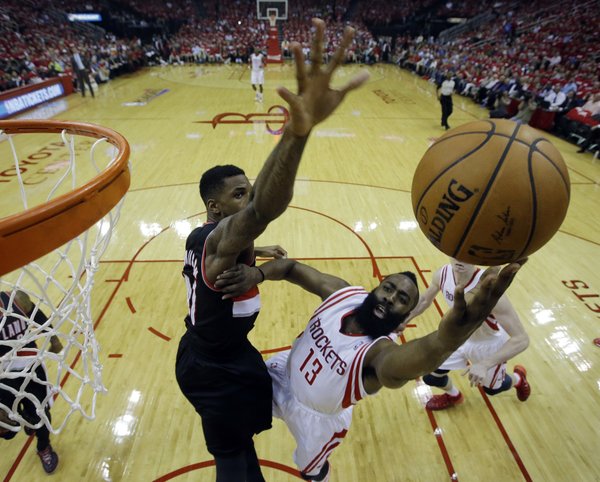 You can count on a couple of things in the first-round series between Portland and Houston.

First of all, each game will be entertaining (three of the four so far have gone to overtime). Secondly, Robinson will come off the bench and deny some Rocket at the rim.

Though the second-year power forward has played sparingly for the Trail Blazers, Robinson has delivered a highlight-worthy blocked shot four times in the series — Portland leads, 3-1.

On Sunday, he blocked Dwight Howard on an alley-oop attempt.

None by CJ Fogler