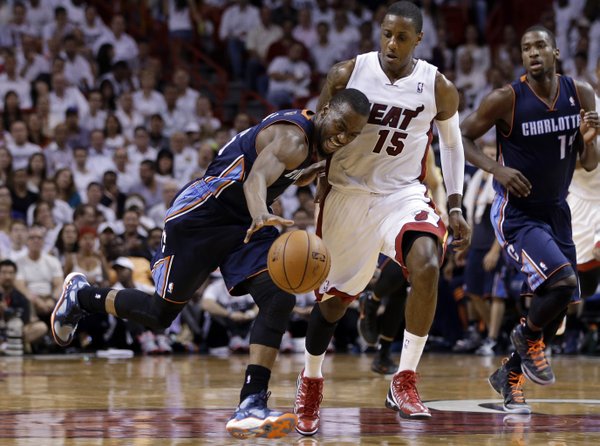 Charlotte Bobcats' Kemba Walker, left, tries to gain control of the ball as Miami Heat's Mario Chalmers (15) defends during the second half in Game 2 of an opening-round NBA basketball playoff series, Wednesday, April 23, 2014, in Miami. The Heat defeated the Bobcats 101-97. (AP Photo/Lynne Sladky)

On Wednesday, the Miami Heat coaching staff didn't know whether Mario Chalmers would be able to play in Game 2 of the Heat's playoff series with Charlotte, due to an injured right shin.

After getting the start in a game-time decision, It took just less than six minutes in the first quarter for Chalmers to put coaches, teammates and Heat fans at ease with nine of Miami's 11 points.

George Richards chronicled Chalmers' white-hot start for the Miami Herald. Heat coach Eric Spoelstra only knew before the game that his starting point guard would warm up with the intention of playing.

“He was sharp. He gave us a lift in the first quarter.’’

Chalmers, who made both of his three-pointers (he went 2-for-4) in the first quarter and finished with 11 points (all in the first half), three assists and two rebounds, slowed down somewhat as the game went on. But the sixth-year guard out of Kansas said he wanted to bring energy to the opening minutes.

“It was nothing major but I need to find a way to keep my shin loose. I was going to do what I could do."

The sooner Chalmers gets back to 100 percent, the better for Miami. Along with defense and ball handling, the role-playing point guard who has teamed up with stars LeBron James, Dwyane Wade and Chris Bosh since 2010 is a knock-down three-point marksman from the corners.

Check out Chalmers' shot chart from this past regular season: 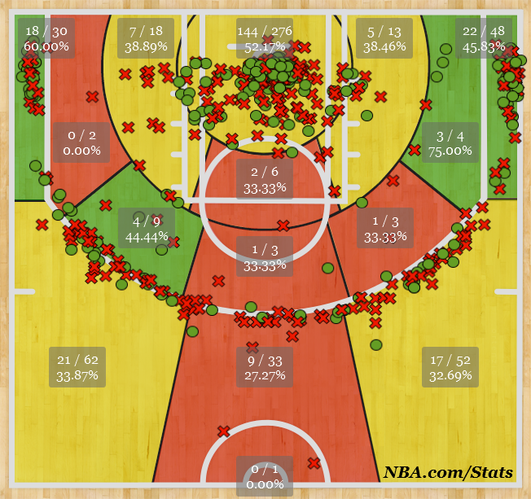 • #TBT: A two-time NBA champion and an NCAA champion, Chalmers has made more trips to the White House than your average American citizen.

On Thursday — or throwback Thursday, as it's known in the world of social media — Chalmers shared an old photo from 2008, when the Jayhawks visited D.C. to be honored for their title.

#tbt my first trip to the White House after winning the national championship. The homies @brush_4… http://t.co/9x2aUnWiZO

#tbt my first trip to the White House after winning the national championship. The homies @brush_25 Russ rob cole @cjourney86 and shady

#tbt my first trip to the White House after winning the national championship. The homies @brush_25 Russ rob cole @cjourney86 and shady by mchalmers6

Three out of four of his teammates in the photo, like Chalmers, are in the NBA: Darrell Arthur (Denver), Brandon Rush (Utah) and Cole Aldrich (New York). Russell Robinson has played in the D-League and overseas since leaving KU.

No hard feelings for Robinson 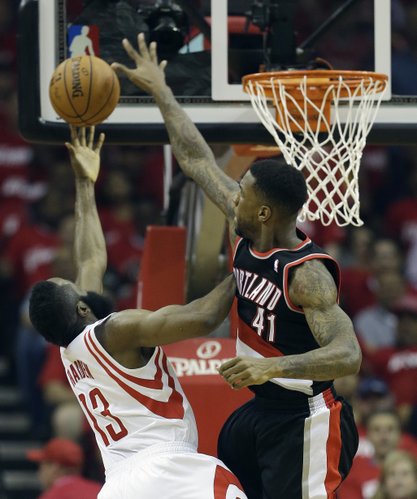 Second-year power forward Thomas Robinson might not be a critical part of Portland's game plan in its first-round series with Houston, but he is happy to be a Trail Blazer after splitting his rookie season with Sacramento and the Rockets.

Still, in a feature by Kerry Eggers for the Portland Tribune, Robinson said he wasn't particularly fired up about facing one of his former teams in the playoffs.

"I'm over that by now. I just want to help my team get to the second round, man. That's all the motivation I need. Houston is just the team we have to play to move on."

The Tribune inquired with Robinson about his limited minutes/success (12.5 minutes, 4.8 points, 4.4 rebounds in his second season) compared to other top picks of the 2012 draft class, such as Anthony Davis, Michael Kidd-Gilchrist, Bradley Beal, Damian Lillard, Harrison Barnes and Andre Drummond. Eggers asked him whether he received an unfair shake.

For now, Robinson will continue coming off the Portland bench while learning under one of the most productive offensive power forwards on the planet, LaMarcus Aldridge.

Robinson played just seven minutes, made one of his two shots and had two rebounds in Portland's 112-105 road win Wednesday, which put Houston in a 2-0 series hole. He also blocked two shots — one against one of the top scorers in the league, James Harden.

None by Ben Golliver 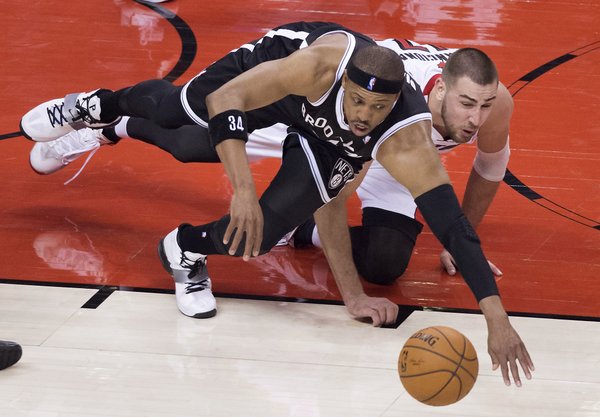 The next three days will feature plenty of critical first-round playoff games for the 'Hawks in the NBA.

Here's a rundown of when and where to catch them: