Tyshawn Taylor sighting — and not in the D-League 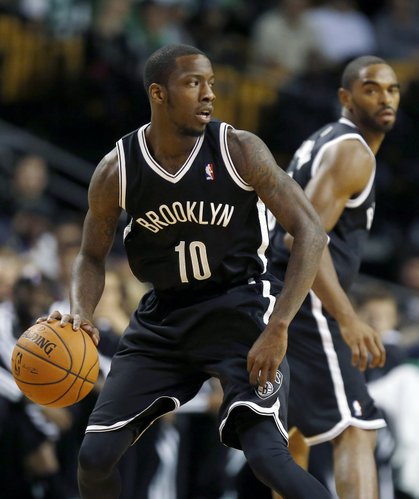 Earlier this month, Brooklyn Nets second-year guard Tyshawn Taylor heard from team management the letter-and-word combo no player in the NBA wants said to him: D-League.

As in, that's where Taylor was headed.

But his stay with the Springfield Armor only lasted a few days, and by Saturday night in Los Angeles, the KU product made the most of a rare opportunity to play. Going up against the Clippers when most of the Nets' key pieces, including point guard Deron Williams, missed the game with injuries, Taylor logged 15 minutes in a 110-103 loss.

Compare that to four combined minutes in two other appearances this season. (Translation: Taylor usually falls victim to the dreaded DNP-CD.) Not on Saturday, though. Taylor hit a three-pointer, went 6-for-8 at the foul line and racked up 13 points, four assists and three steals in limited action.

Now, this probably doesn't mean Taylor has earned a spot in the Nets' rotation. But the more he makes of these chances, the more he'll be called upon in the future. 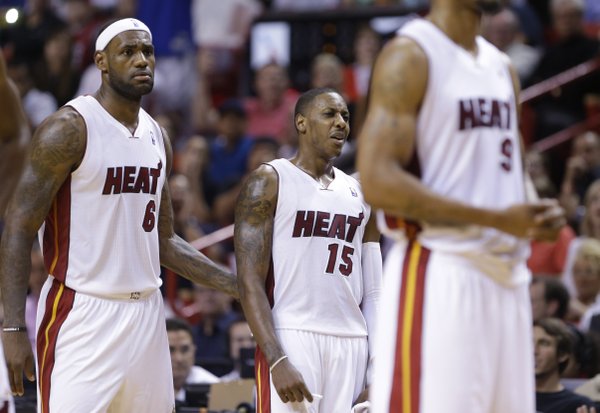 Mario Chalmers' weekend wasn't as promising or positive as Taylor's. The Miami Heat guard took his left forearm to Dirk Nowitzki's face on Friday night, and the league kind of frowns upon that kind of thing.

Ira Winderman of the South Florida Sun Sentinel breaks it down:

In essence, the foul cost Chalmers part of Friday's fourth quarter, all of Saturday's game and now basically has him on flagrant-foul probation the balance of the season. Norris Cole started in his place Saturday.

In response to the ejection, Chalmers had this to tweet:

Never in my career been a dirty player. It's clear that my arm was being held and that's wat caused me to hit dirk. Enough is enough man


And at least one media member took Chalmers' side:

Who leveled Dirk? Chalmers. Who helped Dirk up? Same guy. Don't see that often when there's intent to injure.


You can judge for yourself here (quality isn't great, but at least you get the idea):

We'll see how Chalmers responds to this situation in the days, weeks and months to come.

My teammates gonna hold it down for me tonight against the bobcats. Can't wait till Tuesday night. It's startin to get personal now


Keep in mind, Chalmers is a free agent this coming offseason, and will be looking to get paid.

Here's Winderman's take: Could Chalmers prove too costly for the Heat?

Hey, it wouldn't be a 'Hawks in the NBA blog if we didn't catch up with everybody's favorite Wonder Twins. No, not these two. Why would you even make that reference?

We're talking about Marcus and Markieff Morris, of course. 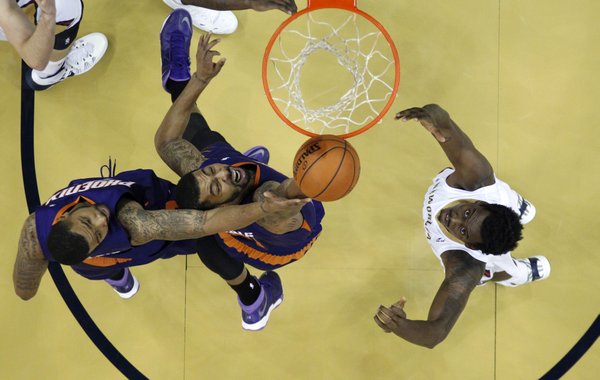 The NBA Hang Time blog provides some Morrii gems from Phoenix, including this quote from Markieff:

“We’re like the Spurs, how they’ve been together for a long time, so used to each other and playing together.”

Not sure the Morrii will be racking up NBA titles like the Spurs, but you never know, I guess. (Spoiler alert: we do know. This is what the Suns looked like the last time they made the NBA Finals. In 1993.)

Enough about all these young guys. What's up with our favorite spectacle-wearing KU product? 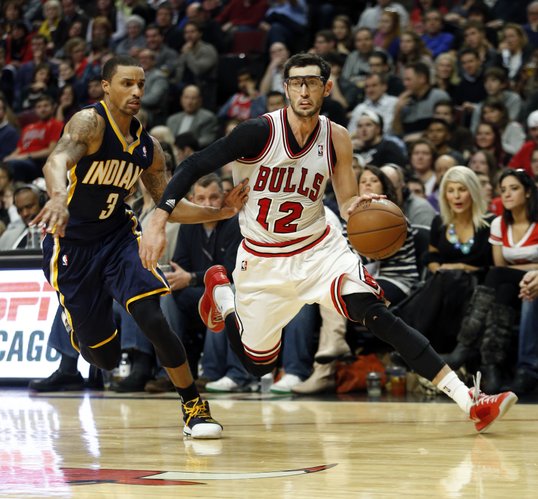 As you can read in the Tribune, the Bulls like playing Hinrich and superstar Derrick Rose together in their back court. In fact, Hinrich developed chemistry with the future NBA MVP on his first tour with Chicago.

Hinrich on playing with Rose:

"We play a little faster, we play pick and roll on one side, pick and roll on the other side, make the defense move. It's hard to get locked in to what we're doing because we're both in there. Pick and rolls on both sides of the floor are tough to defend."

How is that hold against Mario not blatantly obvious? Dirk got hammered by pure bad luck & bad timing. Looking at the angle and energy of the swing, if that had been intentional, it wouldn't have been a flagrant, it would have been an assault. It would have been a dude turning around and deciding, "I'm gonna break your face!" all of a sudden. Just didn't happen. Incidental contact. Call the foul and let it go.

"Hawks in the NBA" is finally juiced for prime time. The content, now, is relevant, interesting and visually appealing. The old traditional format was hardly worth viewing. Great job. Keep it up.

Tyshawn's (and maybe Kirk's) twiggy legs are going to snap in half one of these days. Get some meat on those drumsticks, 'Hawks!