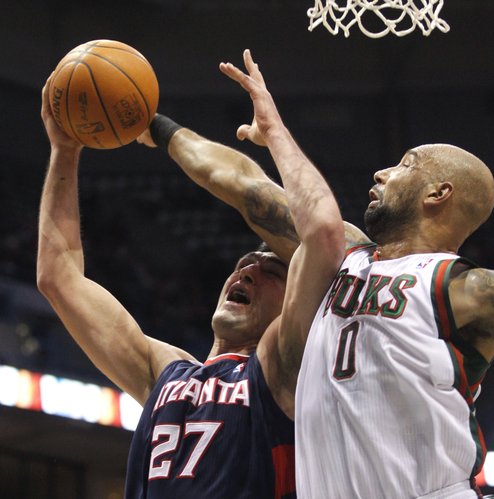 Milwaukee Bucks' Drew Gooden (0) blocks the shot by Atlanta Hawks' Zaza Pachulia during the first half of an NBA basketball game Monday, Jan. 23, 2012, in Milwaukee. by Nick Gerik

After the game, BrewHoop.com’s Alex Boeder wrote about Gooden’s performance:

Monday’s “Gooden things” were best summed up by another BrewHoop writer, Frank Madden, who tweeted:

“Drew Gooden thrives on chaos. Much of it his own creation.” 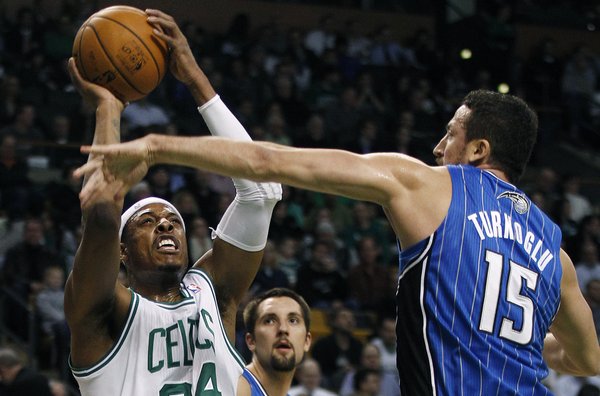 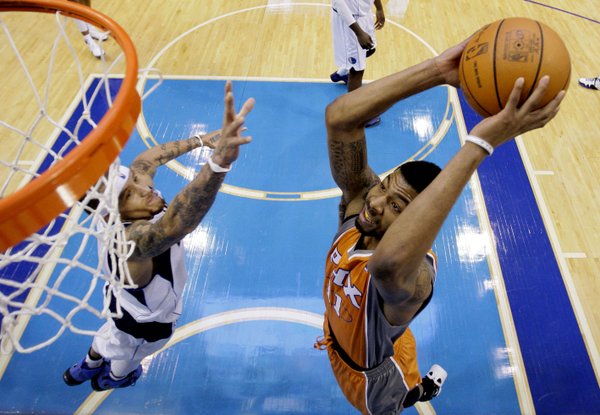 Phoenix Suns forward Markieff Morris, right, prepares to dunk over the Dallas Mavericks' Delonte West, left, in the first half of an NBA basketball game Monday, Jan. 23, 2012, in Dallas. by Nick Gerik

After the game, Markieff tweeted:

Mirror check for myself tonight who I have been is not what I can be gotta get back to my old ways grimy hard nose Philly kid... Real rap

To many jump shots not getting fouled enough playing soft gotta turn it up starting tomorrow.... #teamfoe we back.....

And for those of you asking when Cole’s role might expand, well ... you’re not alone. The Oklahoman’s Thunder beat writer, Darnell Mayberry, is wondering, too. After the game, he wrote:

I’m ready for Cole Aldrich to play. Nothing against Nazr Mohammed (OK, maybe a little something), but Aldrich looks ready for a larger role. I mean, how much better is he really going to get in practice. My gut says the backup center job belongs to Aldrich next season when Naz’s contract expires. But if I’m Brooks, why wait? Mohammed hasn’t been as consistent this year, and Aldrich seems to have an impact rebounding and on defense every time he gets minutes. I’d make the move. 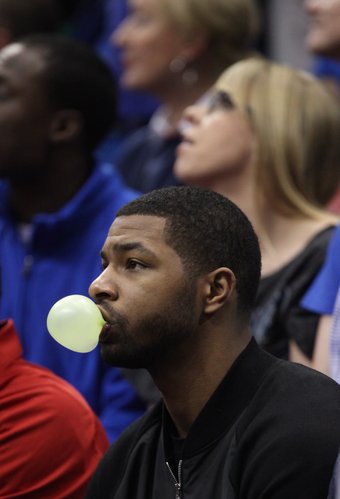 Former Jayhawk Marcus Morris blows a bubble as he watches during the second half on Monday, Jan. 23, 2012 at Allen Fieldhouse. by Nick Krug

“I’m staying in shape,” Wright said. “There’s still a lot of season left. I’m not discouraged or anything. I’m here tonight to cheer the guys on.”

Once again fantastic job! This blog is just out of this world awesome.

Keep it up, Nick!

I believe Ryan Robertson was there as well. Camera didn't show him, but Bob and Chris mentioned it.

I know defense doesn't show up in stat sheets, but Pierce and the Celtics must have been playing some fantastic defense to hold a team to 56 points.

I believe I saw it was a franchise low point total for the Magic.

Interesting how all of the players who left after 1 or 2 years aren't doing much in the NBA.

Nick...thanks for your work. I love to keep up with our NBA Jayhawk family.

Any word on where Brady Morningstar is, and what he's up to. Did he play in Europe for a while?

Brady is currently playing in the NBA Development League's Tulsa 66ers. You can catch up on how he's been doing here: http://www.nba.com/dleague/playerfile/brady_morningstar/