Super Saturday recap: Drew Gooden scores 18 before half, overseas updates and other notes 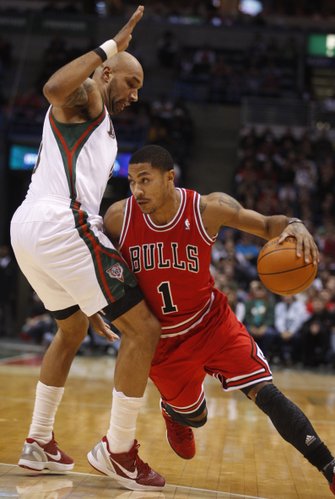 Chicago Bulls' Derrick Rose (1) drives to the basket past Milwaukee Bucks' Drew Gooden, left, during the first half of an NBA basketball game Saturday, Feb. 4, 2012, in Milwaukee. by Nick Gerik 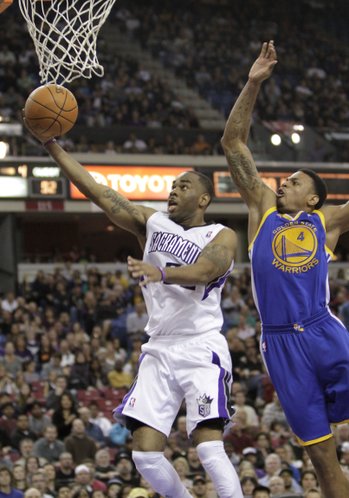 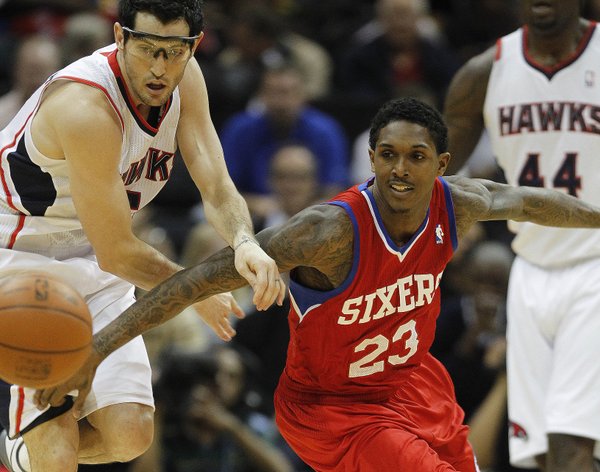 On draft night, the Suns explored the possibility of trading for Houston's No. 14 pick to draft Marcus as well as Markieff. The cost of a future first-round pick was too much.

Oh, what could have been.

How he chose his current uniform number: “I picked 4 because it represents my mom, dad, brother and I. I wore 13 in Memphis because my dad and my brother wore it before me when they played.”

What he’d be doing if he weren’t an NBA player: “Playing golf. I’d definitely be trying to get onto the PGA Tour.”

“When you start to become a major prospect, agents … have all kinds of tricks of the trade,” Pierce said. “I had a chance to meet with a lot of prominent agents throughout that time; some who were honest, some who were not so honest. … I was offered $100,000, a home in Malibu, and a Mercedes Benz. … It was really tempting, coming from a single parent home. [My mom] said, ‘that’s not the way to go,’ … and I’m really thankful to her for that.”

Pierce added: “It’s a dirty game … it’s not always honest. Some people cheat to get there, but I think at the end, the most successful [agents] do it the right way. Jeff has done it the right way, and that’s why he’s one of the best, if not the best out there right now.”

Schwartz also prides himself on being available for his clients at all times, a fact Pierce has taken advantage of through the years:

“[Paul] sometimes calls me at 4 in the morning, just to see if I’ll answer my phone, which I don’t do anymore,” Schwartz recently told Harvard Law School students. “First thing in the morning, I call him back and he says, ‘too late, I’m dead.’ ”

“This is true … I just like to keep him on his toes,” Pierce said.

the Morrii article is priceless. I laughed out loud at this line

"The Morris twins had the same car in college and again in the NBA, buying the same model of Mercedes in the same color."

Funny to imagine... Someone stops at a red light, then two giant clones, driving the same exact benz, pull up and stop on both sides

Not sure if he's officially retired, but last I saw, he was released by his team in France back in December: http://www2.kusports.com/weblogs/hawks_nba/2012/jan/19/markieff-morris-flu-ky-first-nba-start-u/