Tuesday/Wednesday recap: Mario Chalmers goes crazy from three; most everyone else takes it easy before the All-Star break 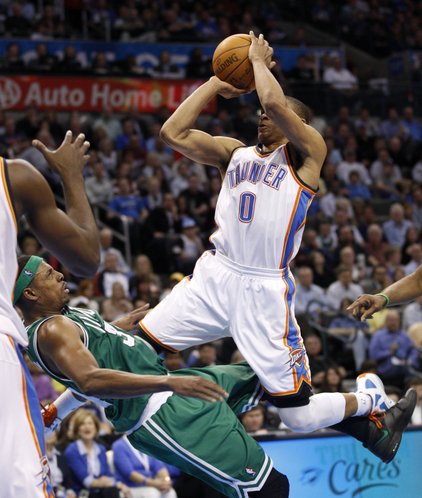 After the game, Ryan Schwan of Hornets247.com wrote:

I’ve never seen a guard so reliant on one hand in my life. On his best play of the game, a slick baseline drive, he did two jab steps and a spin move just to get his defender to shift far enough to the right so he could drive left. There was no intention of going right at all. It’s weird. 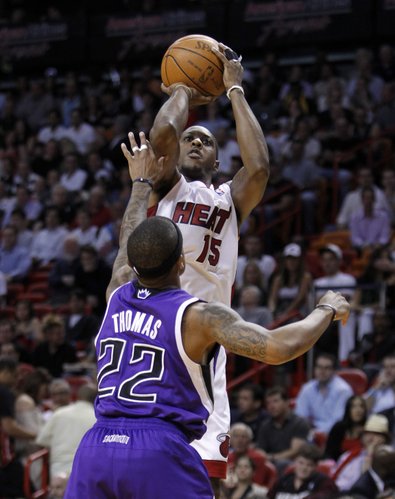 Chalmers is fifth in the NBA in three-point shooting percentage (67-of-144 for 46.5 percent) — the best of the six competitors at the Three-Point Contest — but Vegas is giving him just the fourth-best odds to win on Saturday. The breakdown of the field, as of Wednesday afternoon:

Chalmers isn’t letting that deter him, though. From the Sun Sentinel:

Asked about his chances, Chalmers first asked a member of the Heat staff, "Can I answer that how I want to?"

After the game, Michael McNamara of Hornets247.com noted that “the offense stalled when the ball was in his hands.”

Xavier Henry simply can not use his right hand effectively enough to get to the basket. Whenever he dribbles with his right hand, he is moving laterally, rather than attacking. If he can work on his handles and stroke in the offseason, the kid has some potential due to his defense and toughness.

Earlier in the week, Grizzlies coach Lionel Hollins told the Commercial Appeal that Selby’s D-League stint would give him a chance to evaluate the rookie:

“We've been trying to patch him in at point guard. Is he a point guard? We don't know. Is he better at the off-guard spot? We don't know. He's never played it for us. I'd just like to get an opportunity to see him when he's playing a lot of minutes."

Morris' game has fallen off since his fast start to the season, but he still does two things very well on offense. First, he knocks down spot-up jumpers. His 45.8 percent shooting and 1.213 points per possession in spot-up situations puts him in the top 8 percent of NBA players. Morris also plays well in the post. Despite shooting 42.3 percent on the block, Morris posts a PPP of 0.897, which is in the top third of NBA players. He does this by getting to the free throw line 16.9 percent of the time when he posts up. Morris' strength and his ability to use the pump fake allow him to get defenders out of position, draw contact, and earn free points at the line.

LeBron. CP3. Nick Collison. Dirk. One of these players doesn't belong, right? Uh, wrong. That is if you count yourself among the adjusted plus/minus rating faithful. During the previous two seasons, Collison, the OKC reserve PF, was ranked among the top 10 players in the league in that category, a list otherwise populated by NBA royalty.

"I'm very aware of that," (OKC coach Scott) Brooks says. "I like looking at plus/minus. And I love Nick."

What does that say about a guy who averages 4.6 ppg and 4.0 rpg in 20.4 minutes? That the lone member of the team from the pre-Presti days excels in the subtle aspects of the game. On defense, Collison uses his anticipation and quickness in reading and reacting to call out screens, to tip balls and to hedge aggressively before rotating back. He was second in the league in charges drawn with 57 in 2009-10 and was fifth, with 51, in the league last season. On offense, he passes and screens at exactly the right moment and excels in running the two-man game with James Harden. "Well, James does most of the work," Collison says modestly. But for a guy who is a member of four of the Thunder's five most-effective lineups, the stats say Collison does plenty of work himself.

Anyone else watching Mario Chalmers vs the Knicks?