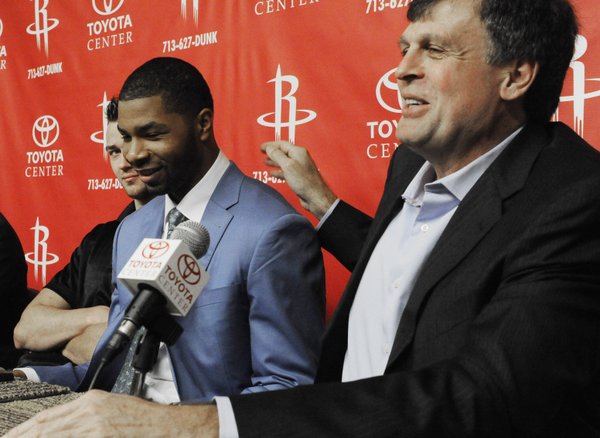 Marcus Morris is back in the NBA and with the Houston Rockets after a stint with the D-League's Rio Grande Valley Vipers.

That’s the good news for the rookie, who averaged 22.8 points and 9.1 rebounds in 10 full games with the Vipers.

But a return to the big leagues doesn’t necessarily mean Marcus will get playing time. Jonathan Feigen of the Houston Chronicle explains:

Morris joins the team with Kevin McHale already struggling to keep Chase Budinger in the rotation. Budinger did not play at all on Friday or in the second half on Sunday.

Starter Chandler Parsons has been dealing with a sore ankle, but played 27 minutes, shutting down Jazz forward Gordon Hayward and helping the Rockets’ overall improvement defensively. Assuming he can carry his usual load, there is little time available at small forward with Luis Scola and Patrick Patterson sharing the time at power forward.

And, though he was available, Marcus did not play (coach’s decision) against the Memphis Grizzlies on Monday night. The Rockets won, 97-93 (game stats here).

Houston coach Kevin McHale told reporters before the game that the Rockets would like to have Marcus available in case any other bigs go down (reserve center Jordan Williams is already out for some time).

Feigen also points out that timing might have something to do with the call-up. The All-Star break starts on Friday, and the Vipers play just one more time before March. Better to have the rookie twiddle his thumbs in Houston than the D-League.

Marcus, for his part, said he’s just glad to be back with the Rockets:

"It's real special. I'm just ready to get to work." 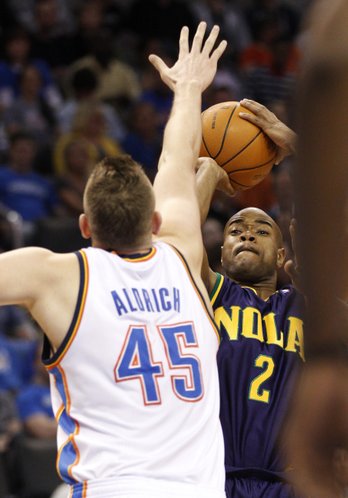 Aldrich promptly threw the ball away when he tried to start a fast break the opposite direction.

(Starting center Kendrick) Perkins later threw the ball away while trying to do the same.

"I think we'll keep with Russell (at point guard)," Aldrich said with a smile. "We all saw (what happened) when all our big guys tried to play point today."

After the game, Royce Young of DailyThunder.com wrote:

Cole Aldrich saw 18 minutes and again, it was some good, some bad and some meh. His line doesn’t do much for you — four points, three rebounds, two blocks — but he was certainly active on the glass and challenged pretty much everything in the paint.

Aldrich on where he’s at: “I feel real comfortable. I know what my job is and I just try my hardest to do a good job out there. Rebound, set screens, make an easy bucket here or there. Just to do the little things and bring a lot of energy to our team.”

The Oklahoman’s Darnell Mayberry said Aldrich played with “tremendous energy” and continued to push for an increase in Cole’s playing time in his postgame notes:

More and more, it’s becoming clear that it’s time to play the kid. (Thunder coach Scott) Brooks seems to know it, too. He addressed it tonight without even being asked. “Cole hasn’t played a lot. He’s done everything that we’ve asked for two years, but we’re on a nice roll and our four bigs are (a hard rotation) to crack. But he’s done a good job of coming in; I thought tonight’s minutes, early in the game, he was protecting (the rim), he was running, he was setting screens. Those are the things that we need him to do and he’s done them well.” 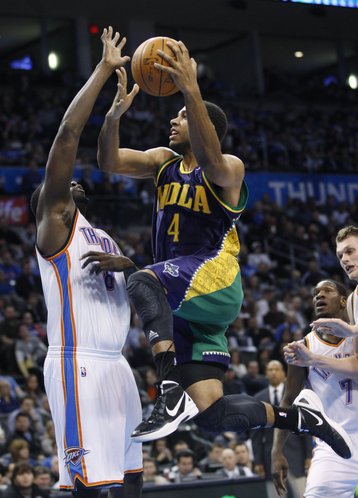 Henry was doing what he needed to tonight. Yeah, he missed a few shots, but he was attacking like crazy, getting free throws, and playing good denial defense. 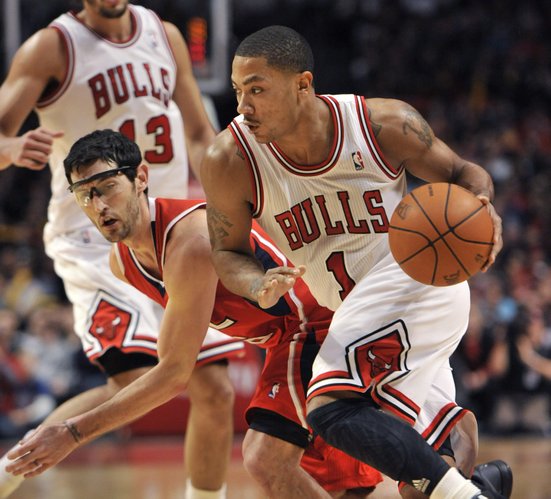 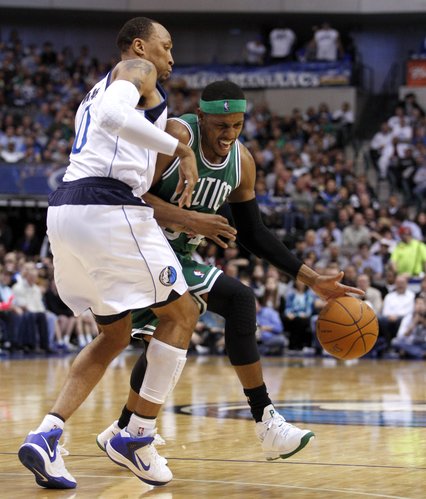 Boston Celtics forward Paul Pierce (34) drives toward the basket against Dallas Mavericks forward Shawn Marion (0) during the first half of an NBA basketball game in Dallas, Monday, Feb. 20, 2012. by Nick Gerik

Great to hear about Marcus. Another great write up...Thanks Nick.

I grew up watching Kevin McHale play and he is one of the very greatest of all time but I hope he knows what he is doing. I don't know how you can keep a guy as talented as Marcus Morris off the court.

Looking at the picture of Kirk above, does he have a tattoo on his wrist?

Look at that...Iowa kid turned thug. And nothing says thug like a nice...set of lenses. Those are rockin' Kirk!

and on the ring finger of his left hand.

Congrats! Keep working hard! Can't wait to see you play against your brother on the same court soon!

Also, It's said often, but this is a GREAT addition to KUSports! It's great for the fans and great for recruiting. It tells recruits that we care about them wayyyyyy after they leave. We don't just focus on the next crop of recruits (eh-hem....Kensucky...). Keep up the good work Nick!