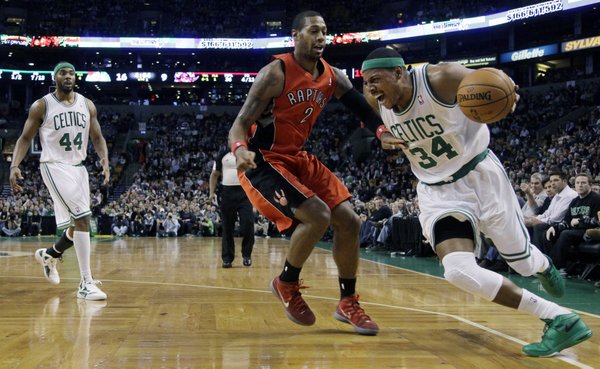 Boston Celtics forward Paul Pierce (34) drives the baseline around Toronto Raptors forward James Johnson (2) as Celtic's Chris Wilcox (44) looks on during the first half of their NBA basketball game in Boston, Wednesday, Feb. 1, 2012. by Nick Gerik 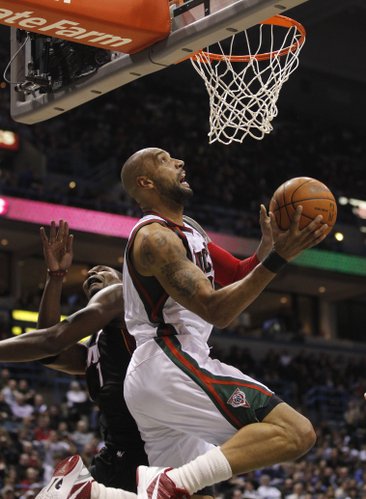 Milwaukee Bucks' Drew Gooden, right, puts up a shot against Miami Heat's Chris Bosh, left, during the second half of an NBA basketball game Wednesday, Feb. 1, 2012, in Milwaukee. The Bucks won 105-97. by Nick Gerik

The Drew Gooden experience was in full effect here. He consistently looks like he's about to score easily . . . but, uh, not.

Scott Skiles had a smile on his face after the game when someone asked him about Drew Gooden’s strong outing.

“I particularly like the Drew Gooden one man press break.”

That’s so Drew Gooden. Apparently so is drawing fouls and so is battling and making some big plays late in games though too. All over the map.

"The Drew Gooden Experience" sounds amazing. I wish I could watch more of it. 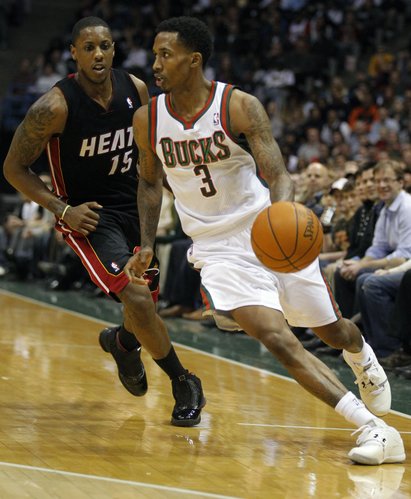 Milwaukee Bucks' Brandon Jennings (3) drives against Miami Heat's Mario Chalmers (15) during the second half of an NBA basketball game on Wednesday, Feb. 1, 2012, in Milwaukee. The Bucks won 105-97. by Nick Gerik

After the game, DailyThunder.com’s Patrick James wrote about a particularly memorable Collison sequence:

My love for Nick Collison can be explained by watching one sequence in the fourth quarter. On defense, Collison jumped out on a screen to make Terry run wide enough for his man to catch up, and Terry almost lost his handle. Collison recovered in time to defend an eventual entry pass to Nowitzki, get a hand in his face on the turnaround jumper and alter the shot. Then on offense, he did the patented roll to the basket after setting a screen for Harden and dropped in two points. Sweet, sweet music.

I am happy to see Mario Little is doing well. I will never forget him crying after the loss to Northern Iowa. I about fell apart when I saw that. He barely got any time off the bench but still loved his team and teammates.

I remember that as well like it was yesterday, and the reason he didn't get ANY playing time was because he was red-shirting that season.

I may have said this before, but did anybody else notice that the players that left after 1 or 2 years are not playing well or not even in the League?

You also can't discredit some players that have stayed 3 or 4 years and aren't doing well or even in the league (Russell Robinson, Sherron Collins for example)...

Not your best comment. There are a lot of people that go pro that don't make it. There are 1, 2, 3, and 4 year players that made it and didn't make it from KU.