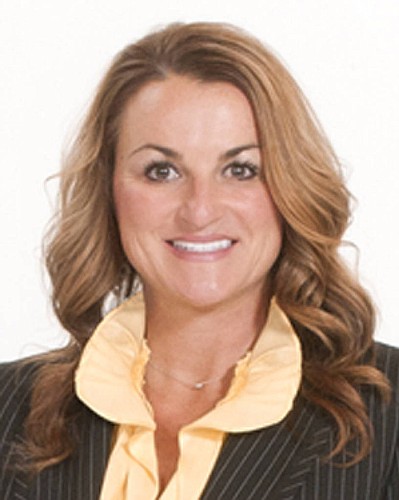 My knowledge of the women’s college basketball coaching world is limited, but now that Kansas has an opening, I have started asking a lot of questions and doing some research in order to blog about potential candidates. It’s important to understand that by writing about coaches, I’m not saying KU athletic director Sheahon Zenger is planning to interview them. I’m not even saying they necessarily would leave their jobs for KU, which some, Zenger included, believe to be a sleeping giant in women's basketball. I’m just trying to call attention coaches who have winning backgrounds and could possibly be interested in the opening.

Wichita State head coach Jody Adams, the first potential candidate in this, the latest KU coaching-search blog, has done a remarkable job in building a winner and bringing positive attention to the Shockers' women's program.

Her amazing turnaround job at Wichita State should not come as a huge surprise to anyone familiar with her background. Adams was known as among the nation’s top recruiters at various assistant-coaching stops, including at MInnesota and UMKC.

Her competitive spirit was evident long before she put it to use as a recruiter. Adams’ winning ways started as a player. As a sophomore, she was starting point guard of the 1991 Tennessee national-championship team. She started her coaching career as a graduate assistant under the legendary Pat Summitt.

Adams, in her seventh season at Wichita State, takes a 26-4 record and nine-game winning streak into the Missouri Valley Conference tournament, which starts today in St. Charles, Mo.

Considering her playing background and coaching success, Adams shapes up as the Kim Mulkey of the Missouri Valley. Wichita State recognized Adams' efforts last July by signing her to a five-year contract extension through 2019. You know how that goes. In sports, contracts are made to be broken.

KU should look seriously at Aaron Johnston from South Dakota State. A little investigation into his success will enlighten a number of Kansas fans. They (SD State) will head to the NCAA for the fourth time in five years. Fran from ESPN will tell you about him and the SD State women's program.

She should be at KU right now. Great player, cut her teeth coaching at Tennessee, and has recruited well to mult. schools in different parts of the country. She would be really good I believe.

Sounds like Ontjes or Adams would be my top two. Especially since they already have state of KS ties.

That was an issue with Bonnie; never coached before in this state, or league....she had been an asst. two years at Iowa, and when she went to Va. Tech, it wasn't even in the Big East yet.

Good apple from a good tree, and nice that she does have KS experience. It would seem that she would have interests in coaching at the highest level if she started at Tennessee.

Some extra tidbits that make her that much more of a candidate IMO:

There's really no reason why KU shouldn't be a program in the tournament far more than not. Keep in mind that the women's players are also going to be living in the new basketball palace as well so if Zenger lands a top level recruiter, KU could pretty easily vault into being a consistent top 15 program.

I still think that "Special Dorm" thing is un-necessary...

Why not entertain the idea of Nyla Milleson the job? In her three stints at Drury, Missouri State and now at George Mason as a HC she has a 70% winning record over 13 years. Did I mention she also is from Kansas?

One women’s head basketball coach KU needs to take a look at is young Courtney Banghart at Princeton. In eight seasons at Princeton, her record is 168-66 and five NCAA Tournament appearances. This year her team is currently ranked 13th in the nation with a 30-0 record, with non-conference wins over Pittsburg, Wake Forest, Georgetown and Michigan. She has a graduation rate of 100% of all her players since she started at Princeton-- a very tough academic institution. Look for Courtney to be considered for the opening at Utah. Why not KU?