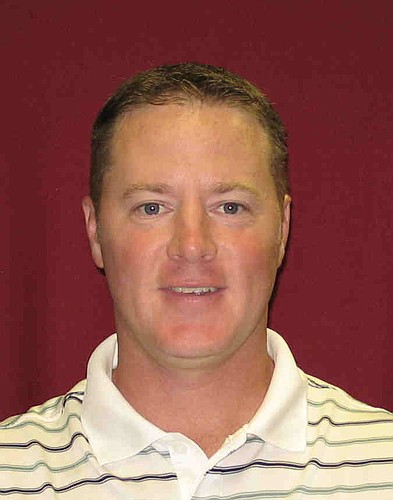 Four consecutive Final Fours. Three national-title games in four seasons. A coach can't accomplish those feats without having the ability to recruit, develop and make the right moves in close ballgames against strong competition.

John Ontjes has accomplished those feats as head coach of the Hutchinson County Community College women's basketball program. He starred as a player for two years at Hutch before starting at point guard for Billy Tubbs for a year and Kelvin Sampson for a year at Oklahoma. He averaged 10.5 points and 6.6 assists during his Sooners career. He was better than solid as a player and is a way better coach than player.

His team, noted for tenacious defense, held 14 of its final 15 opponents to fewer than 60 points. The Blue Dragons took a 36-0 record into the national title game March 21, a 54-46 loss to Chipola.

Brad Hallier of the Hutchinson news recently wrote a column endorsing Ontjes for the KU job and expressing the opinion that the coach is too good for any level but high Div. I. In it, Hallier cited an amazing statistic in the column: The Blue Dragons have built a home-court winning streak of 117 games for their ultra-competitive coach.

Six of the 13 players on this season's Hutch roster played high school ball in Kansas.

Kansas athletic director Sheahon Zenger has not shared the names of his 15 finalists on a list that started with 60 names, but he did say he has explored coaches from all levels, including junior college. Given that, it's difficult to imagine Ontjes at the very least was not on the original list and very well could be among the final 15.

Yeah, that's the same philosophy that UConn has taken. NOT! Lean the other way and hire the best coach regardless of gender. Besides, the WSU coach's appearance gives me nightmares (maybe a little less make-up would help)

What is WSU coach's record in the NCAA?

This guy is a no-brainer! We should have hired him the week after he played for the national championship.

"Six of the 13 players on this season's Hutch roster played high school ball in Kansas." I'm not sure what this has to do with the coach's qualifications for the KU job, but it's a little misleading since the starting five are from New Zealand, France, Cameroon, Louisiana, and Kansas. Regardless,Ontjes is certainly worthy of consideration.