What does cluster in Big 12 standings say about league? A look ahead to KU-Nebraska

Several nights per week, when working on the sports copy desk for the Lawrence Journal-World, I update the Big 12 basketball standings so they can be placed on our Scoreboard page.

After Wednesday's Big 12 games, a variety of thoughts crossed my mind as I updated the standings. A few Conference Chatter bullet-point observations:

• Oklahoma is in a tie for third place in the Big 12. Um ... Yeah. The same OU that's 12-9. Credit coach Jeff Capel and the Sooners, though, for winning four straight conference games to sit at 4-3 in the league. When I glanced at the standings and noticed OU that high up, I had to make sure I was looking at the right sport.

• So just how good is the Big 12? A week ago, the conference was arguably the best in the country. Then, Texas A&M and Missouri had awful weeks and lost two in a row, raising questions about the conference's depth and quality. 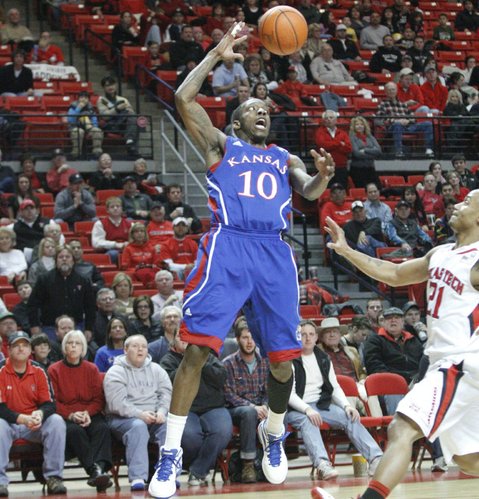 The rest of the conference, however, is a bigger mess than the women who don't receive a rose in the final 10 minutes of The Bachelor.

Every team in the Big 12, minus UT, KU, and bottom-feeder Iowa State (1-7 in league) is either 4-3, 3-4 or 3-5. Talk about a cluster. I don't know what to make of it. Perhaps A&M and Mizzou can provide separation and join with UT and KU to create an upper tier of the league again.

For now, it's a two-horse race for the Big 12 title, with the rest of the teams fighting to keep their NCAA Tournament hopes alive.

Realtimerpi.com actually has high praise for the conference, ranking the Big 12 second in the country behind the Big East.

Where would you rank the Big 12 right now? It's way too top-heavy to place above the Big East. But the two top-heavy Big 12 teams are so good that I can see how Realtimepri ranked the Big 12 ahead of the third-place Big Ten. 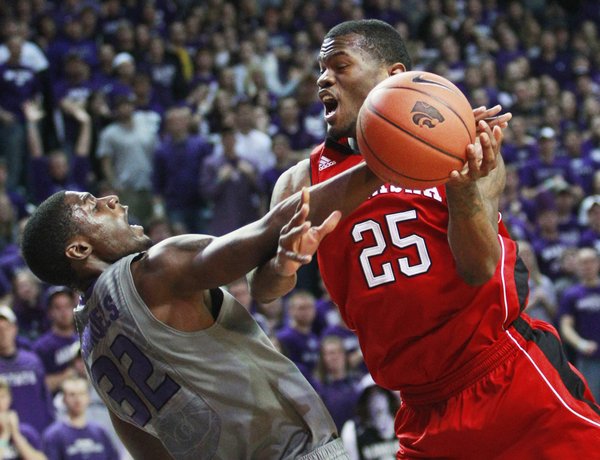 The Jayhawks had trouble knocking off the Huskers on Jan. 15 in Lawrence. Kansas escaped, 63-60, to preserve its then-69-game home court winning streak.

Since that game in Lawrence, Nebraska has gone 2-2. No secret in the pattern. Both victories came at home, while both losses took place on the road.

Nebraska (15-6, 3-4 Big 12) is no slouch at home. The Huskers are actually undefeated at the Devaney Center this season, sporting a sparkling 14-0 record. Most notably, the Huskers have taken out USC, Iowa State, Colorado and Texas A&M in Lincoln.

It wouldn't be surprising if Big Red fans treated Saturday's game as their Super Bowl (one day before the actual Super Bowl in Arlington, Texas). Think about what a victory would do for the Huskers and their chances of making the NCAA Tournament. There's a pretty big difference between 4-4 and 3-5, especially since nine Big 12 teams have either three or four league victories at the moment.

If Nebraska wants to play in the NCAA Tournament, it needs a signature victory to spice up its resume. The Huskers can't just slide into the Big Dance going 8-8 in the league, for instance, and expect the committee to give them the benefit of the doubt. NU went 8-8 in the league in 2008-09, and was rewarded only with an NIT invitation. Nebraska has only made six NCAA Tournament appearances in its history, and hasn't been included in the field since 1998.

Now ... A 9-7 league record with a victory over Kansas? Nebraska's chances would become much better.

Saturday is a huge game for the Cornhuskers, who last beat Kansas seven years ago.

• What Nebraska does best: Holds opponents to low shooting percentages.

The Huskers defend well, as evidenced by their 43.2 effective field goal percentage defense, good for eighth in the country out of 345 teams.

But will NU be able to stop KU's dynamic offensive attack? Only one team in the Big 12 consistently shoots better than 50 percent from the field: Yep, it's Kansas (51.9 percent).

How well Nebraska shows up on D will determine if the Huskers are in this game again at the end against KU.

Saturday will be a big game for Kansas as it continues its chase of Texas and a seventh consecutive Big 12 regular season title.

Saturday's also important for Nebraska and coach Doc Sadler, who's trying to elevate the Huskers to their first NCAA Tournament appearance in the coach's five years in Lincoln.

The Nebraska Black Shirt defense will be as tough as ever, especially on their homefield but their under-rated offense needs to achieve consistent yardage on every play.

Meanwhile, Kansas has a high octane offense to go with a big, mean, tough defense. Still this is the Huskers backyard and it will be a battle, but I predict the Jayhawks to prevail by a touchdown.

The way the Huskers played D in Allen, they might be the NE team deserving of blackshirts. It will be interesting to see our offensive gameplan. Marcus has to know the hard doubles are coming.

"The rest of the conference, however, is a bigger mess than the women who don't receive a rose in the final 10 minutes of The Bachelor."

Are you taking lessons from Tom Keegan on how to create HORRIBLE analogies? It's like nails on a chalkboard . . .

hawkand "tiger" fan? I assume you are referring to Fort Hays State.

This game scares me a bit. No argument here that Nebraska's best weapon is its defense. Of all the Big 12 games with KU this year, Texas and Nebraska has been most effective in sagging their post defense and reducing our effectiveness inside.

This is going to be a gut-check time. You can bet the folks up in Lincoln will be stoked for an upset.

It's absolutely true that this is a two team conference. I would call some of the other pretenders, but most have dropped the pretence. TT for example just gave up any thoughts of actually trying to win the game about 5 minutes in. The Baylor frontcourt didn't even try in the KU game. I suppose if somehow, someway Mizery were to squeeze out a win against KU down the line and/or was able to beat UT in the tourney they might get a modicum of respect, but I doubt that's going to happen.

KU is a different team from when they played the 'Holers Jan. 15. Selby got jerked early (it was like his eighth college game) with 3 points. I don't think that will happen again. Releford was much-improved before his ankle sprain in the Michigan game and was out for the first Holer game. Bring it on, the Jayhawks will be ready.

I think the Big XII is a microcosm of college basketball in general. I feel parody is a bad thing in any sport. You need teams like the Yankees, Patriots, Duke, etc... The average teams occasionally will rise up to the level of the great ones, but most of the time, the great ones play down (see KU vs. Northern Iowa).

The Big East is tough, but not any tougher than the Big XII in my opinion. Where the Big East is better is in their numbers. Anyone else have the feeling that if the Big XII had a Wichita State (or any of the top 3 MVC teams), that they couldn't knock off Texas or KU on a bad night in January, just like Seton Hall did to the Cuse?

Just my thoughts, but what do I know.

Parody is a bad thing .. if it isn't humorous. On the other hand, parity might be a bad thing, particularly for top programs .. but we're still 21-1. You are correct that when a top team loses it's because they play down. We had multiple opportunities to get out on UNI. As oxcal said above, this is a two team conference. Not much parity here.

good catch on the "Parody". There is parity though. KU and Texas have distanced themselves, sure, but the rest of the conference is a turkey shoot!

yes, its a two team race, and we're behind. we've won it (or shared) the last six so it's not a very big deal to me to lose the conf title if we trade that for winning it all.

conference is the second best in the country, will never be better than the big east under current conference allignments.

this could be the last time we ever play nebraska so hopefully we're pumped.

The twins and TRob have really rallied behind the spirit of "family over everything" and this team is definitely a family. that kind of team chemistry can't be coached and I think will help this team win it all.

whats up with this roses and bachelor thing? who are these people?

No wonder KSU is having such an awful year. Look at that screwy ball they play with. Someone get them a real basketball!

Do all the home teams get their mascots on the ball?

One quick note about the game vs Neb. As someone pointed out, this KU team is a bit different than when they first played. Selby (who sat the last 16 min.) is becoming a force as is T-Rob. Markieff had a terrible game. Little is playing better. Right now, I do not see a better 3 man post rotation than what KU has. I seriously doubt their bigs will dominate early as they at the Phog. KU by 15.