Around the Big 12: A few early NBA Draft entrants and transfers 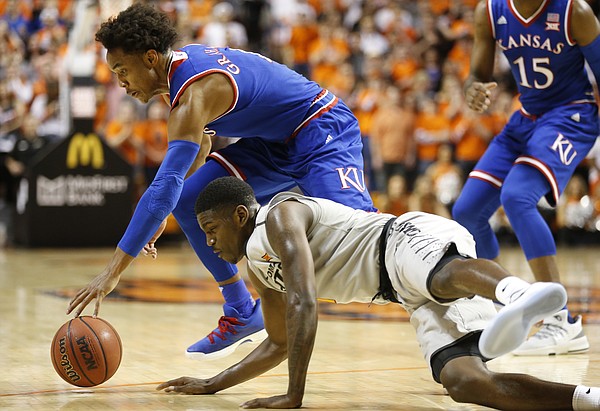 After each college basketball team ends its season, focus quickly turns ahead to next season’s roster situation.

It’s certainly the case with Kansas, which enters the offseason with a few question marks, including potential NBA decisions from Devonte’ Graham and Svi Mykhailiuk, and whether it can land a few extra recruits.

But Kansas is far from the only school that entered the offseason with some question marks. Most of the Big 12 schools started to deal with transfers and NBA decisions in the past week and here’s a quick recap of all of the moves around the conference:

Fourth-year junior guard Al Freeman is set to graduate from Baylor this spring and will opt to use the grad transfer rule to play elsewhere.

Helping the Bears to the Sweet 16, the 6-foot-3 Freeman averaged 9.7 points and 2.5 rebounds in 31 games (22 starts). He scored 21 points on 6-of-10 shooting in a first-round win over New Mexico State, but combined for just four points in 33 minutes in NCAA Tournament games against USC and South Carolina.

"Al has been a tremendous student-athlete and made great contributions to our program over the last four years, and we're thrilled that he's going to complete his degree at Baylor," Baylor coach Scott Drew said in a statement. "He'll always be part of the Baylor family, and we'll be rooting for him as he continues his career."

Freeman’s stats were slightly down from his sophomore season when he averaged 11.3 points, 3.4 rebounds and 1.7 assists. He was suspended for three games this season for a violation of team rules.

He redshirted during the 2013-14 season because of a broken wrist. 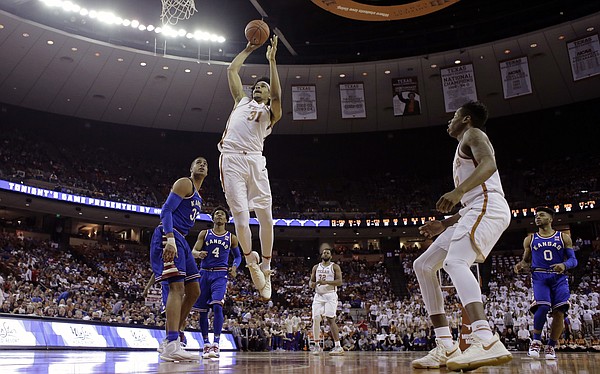 Texas forward Jarrett Allen (31) scores against Kansas during the second half of an NCAA college basketball game, Saturday, Feb. 25, 2017, in Austin, Texas.

Standout freshman forward Jarrett Allen announced he was testing the waters for the NBA Draft last week. He didn’t hire an agent, which will allow him to return to Texas if he chooses.

“I want everyone to know that I am testing the waters with this decision, but I will not be signing with an agent,” Allen said in a statement. “Going through this process will allow my family and I to make the best decision possible for my future.”

Allen is projected as the 13th pick in the latest NBA mock draft from Draft Express.

Before the end of the season, 6-7 swingman Tevin Mack was given his release to transfer. He led the Longhorns with 14.8 points per game in 15 games, but was suspended in January for a violation of team rules and never returned.

In a recent interview with The State, Mack’s mother said he will likely attempt to transfer to an SEC or ACC school.

In a move that sent shockwaves around the college basketball-sphere, Brad Underwood left Oklahoma State to coach at Illinois. Last week, 35-year-old Mike Boynton, an assistant to Underwood, was named as the head of the program.

“Coach Boynton’s got a different demeanor than Coach Underwood,” former OSU guard Phil Forte told the Oklahoman, “not good or bad, but a good basketball mind and a calming demeanor that I think brings a confidence about him. He knows when to get on you, when not to.”

After Underwood left the program, star point guard Jawun Evans and Jeffrey Carroll announced their intention to test the waters for the NBA Draft. It’s believed that neither player has hired an agent, allowing them to potentially return.

Draft Express has Evans projected to be picked 26th in its latest mock draft. 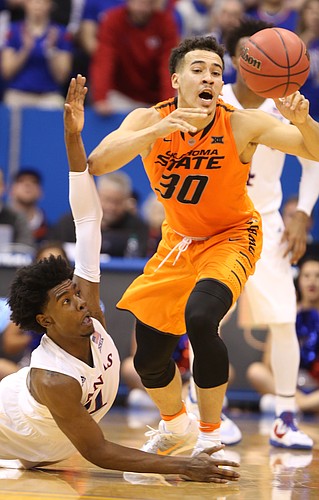 Kansas guard Josh Jackson (11) reaches high for a ball as he vies for a loose ball from the floor with Oklahoma State guard Jeffrey Carroll (30) during the second half, Saturday, Jan. 14, 2017 at Allen Fieldhouse. by Nick Krug

Junior guard Darrion Strong-Moore will reportedly transfer after averaging 3.8 points and 1.4 assists in 29 games this season.

The former Coffeyville Community College player scored seven points in 28 minutes in his final meeting against Kansas. He shot 3-of-7 from the floor with four rebounds and three turnovers.

Carter played in six games, but never stepped on the court against Kansas.